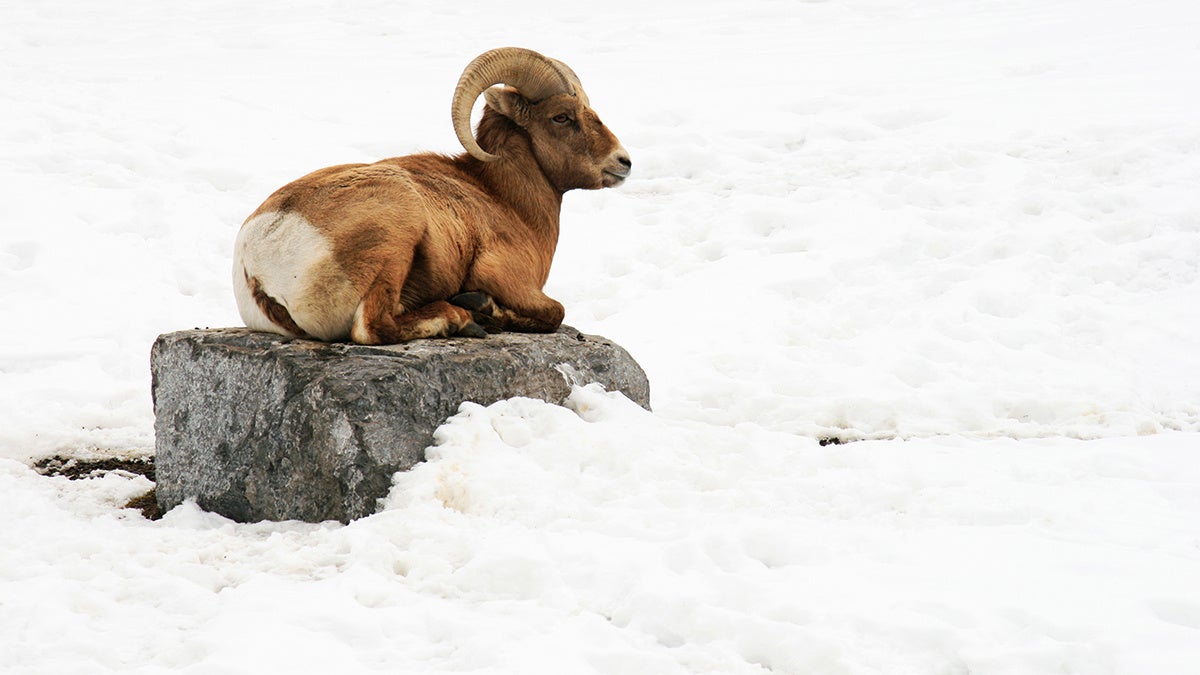 Donald Trump Jr. killed an argali sheep like this one on a hunting trip in Mongolia. powerofforever/ iStock / Getty Images Plus

During a hunting trip in Mongolia this August, Donald Trump Jr. shot and killed an endangered argali sheep, and received a permit only after the fact.

ProPublica, which broke the news of the kill Wednesday, reported it was unusual for the Mongolian government to issue permits after a hunter has left the region. Trump Jr. was given other forms of special treatment. He was protected on his hunt by both U.S. and Mongolian security services, and afterwards had a private meeting with Mongolian President Khaltmaagiin Battulga.

“What are the chances the Mongolian government would’ve done any of that to someone who wasn’t the son of the United States’ president?” Kathleen Clark, a legal ethics professor at the Washington University in St. Louis School of Law, asked ProPublica.

Argali sheep are beautiful and deeply endangered. They live in remote western Mongolia.

Don Jr. went there and shot one.

How’s he do that? He got a permit from Mongolia *after his trip.*

And oh, he hung with Mongolia’s president. https://t.co/1aZWHoESPE

Trump Jr.’s spokesperson said the trip was purchased at a National Rifle Association charity auction before his father ran for office. It is not clear if the trip included meetings with government officials or the chance to kill an argali. Trump Jr. also killed a red deer on the trip, a kill that also required a permit.

The argali is the largest sheep in the world, with curving horns that can measure more than six feet. The species overall is listed as near threatened by the International Union for Conservation of Nature (IUCN), but the Mongolian subspecies is considered regionally endangered, according to the World Wildlife Fund (WWF). The U.S. Endangered Species Act lists the argali as threatened. Between 1985 and 2009, their Mongolian population more than halved from 50,000 to 18,000, ProPublica reported.

Mongolia issues permits to hunt the sheep, a practice which is ostensibly intended to fund conservation. Those familiar with the permitting system told ProPublica that it encouraged favoritism.

There are also sometimes discrepancies between hunting quotas and the number of permits issued. While the hunters’ fees are supposed to go to programs like population surveys, argali researcher Amgalanbaatar Sukh told ProPublica he had never received government funding for such a survey.

ProPublica could not determine if Trump Jr. imported the trophies from his argali kill into the U.S. To do so, he would have needed to apply for permission from the U.S. Fish and Wildlife Service. But his kill comes as U.S. law concerning the importing of hunting trophies is in flux, as The Guardian explained:

The legality of the importation of big game trophies into the United States has been, like many other issues in the Trump administration, confusing and ever-changing. The president himself has spoken out against the practice, calling such hunting practices a “horror show” despite his two sons being avid trophy hunters.

In order to import trophies of animals on the endangered species list, a U.S. hunter must show that its killing would be beneficial overall to the species at large. In 2017, the Trump administration pushed back against such restrictions on trophy hunting from the Obama era before reinstating the ban. A court ruling found thereafter it was done improperly, allowing imports to continue.

Environmental groups have criticized the Trump administration for its trophy hunting policies, including its decision to allow the import of lion and elephant trophies from Zimbabwe and Zambia and its creation of the International Wildlife Conservation Council designed specifically to promote trophy hunting.