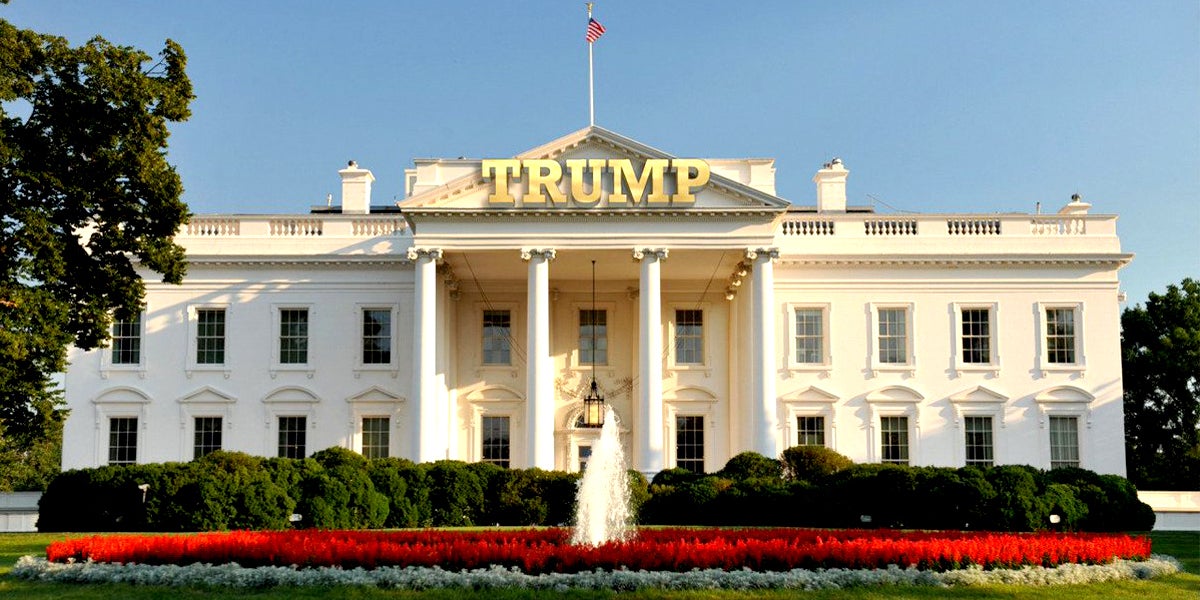 1. A Mission Long Since Accomplished

One of Donald Trump’s first acts as president will be to solve problems we don’t have. His America First Energy Plan promises to free us from “burdensome regulations” and end our “dependence on foreign oil.”

Dependence on foreign energy was a legitimate concern in the 1970s, a decade when oil imports increased fivefold. This is not an issue anymore. During the Obama administration, oil imports dropped 25 percent. Bemoaning our dependence on imported oil in 2016 is to pretend the past eight years never happened. Take a look.

Trump taking credit for American energy independence is the equivalent of storming into the middle of a touchdown celebration, ripping the ball out of the scorer’s hands and spiking it.

When President Trump promises to put “America First,” he means the part of America that voted for him. (Not to belabor the point, but that’s substantially less than half the U.S. voting population.) The other America, it seems, can take a hike.

Of course, those jobs are in states with foreign-sounding names like “California” and “Hawaii.” Mr. President, are these places not the America you were talking about?

Speaking of real things that Trump doesn’t believe in, the White House website now has virtually zero mentions of climate change. According to reports, the Trump administration has ordered the U.S. Environmental Protection Agency (EPA) to conduct a similar information purge. Trump has also banned press releases and social media posts at most agencies with any relationship to science—the National Institutes of Health, the Department of Health and Human Services, etc. Shut up, science!

Fortunately, universities around the world have been toiling to preserve existing U.S. government data by copying it onto websites beyond Trump’s reach. Meanwhile, someone has set up an uncensored alternative Twitter account for the National Park Service and the EPA (among others), and media outlets are offering how-to pages for aspiring government whistleblowers and document leakers.

Enraged scientists are considering a march on Washington (working title: “the Nerd Pride Parade”). There are more than six million scientists in the United States. If just 10 percent of them attend the march, they will outdraw the Trump inauguration. Do it, nerds!

The whole incident is a classic example of censorship backfire. Trump’s attempt to stop people from talking about climate change has only multiplied the chatter. Experts refer to this as “the Streisand Effect.”

To further its war on scientific integrity, the Trump administration has ordered the EPA to submit all studies and data to political review before public release.

Extremism has a certain internal logic that you have to respect. Myron Ebell, the professional climate change denier who’s leading the EPA transition, believes that “science is having a corrupting influence on politics.” That idea is obviously backward. It’s the scientists who identify facts and the politicians who take those facts and do unspeakable things to them.

However, in the context of Ebell’s bizarre worldview, subjecting scientific studies to political review makes perfect sense. Ebell is the sort of man who looks at the Galileo affair and thinks, “Life at the center of the universe was so much better. They were too easy on him.”

Moving from censorship to outright lies, a major newspaper finally fact-checked Donald Trump’s repeated boast that he has “received many, many environmental awards.” The results are in. I hope you’re sitting down for this—there is no evidence that Trump has ever won an award for environmental stewardship. The Washington Post gave him four Pinocchios for the whopper.

“I’ve actually been called an environmentalist, if you can believe that,” Trump once said.

I can believe that, because the person doing the calling was Trump himself, and the audience laughed so hard when he said it that the hearing room had to be called back to order.

President Trump signed an order on Tuesday expediting the Dakota Access Pipeline, which was under environmental review by the Army Corps of Engineers. He also formally requested that TransCanada reapply to build the Keystone XL tar sands pipeline, an abrupt about-face from the Obama administration’s KXL position, which could be summarized in two letters.

Trump, being Trump, had to toss out a falsehood while signing the order, muttering “lot of jobs, 28,000 jobs” in a supervillain voice that almost made it sound like he intended to keep all the jobs for himself. In fact, the KXL project would create a maximum of 4,650 jobs for only two years. Over the long-term, the pipeline would create just a few dozen permanent jobs.

In one of his first acts, President Trump froze all regulations made under the Obama administration that have not yet been finalized. Caught up in the freeze were 30 EPA rules, including the Renewable Fuel Standard and a formaldehyde-emission limit for wood products. Imagine the damage to U.S. businesses if the EPA had been allowed to limit the amount of formaldehyde—a skin irritant and known carcinogen—in the wooden floorboards our babies crawl on. Oh, the humanity. Trump also ordered a hiring and contracts freeze at the EPA, lest the agency try to save us from other dangers.