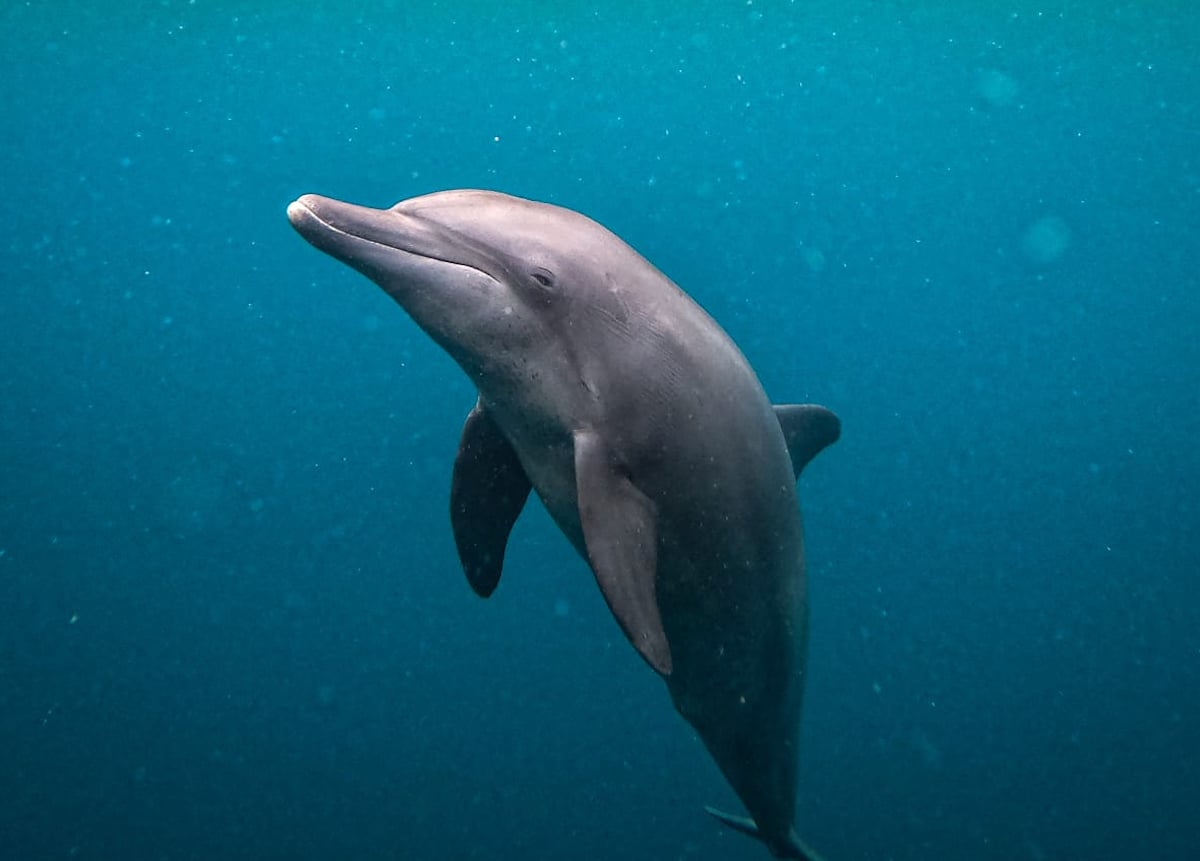 In Indonesia, three bottlenose dolphins that had spent years of their lives in a resort hotel pool and as part of a traveling circus are now swimming free. They were released off the coast of Bali after spending time in a rehabilitation center since their rescue in 2019.

The dolphins, named Johnny, Rocky and Rambo, were rescued and rehabilitated by the Umah Lumba Rehabilitation, Release and Retirement Center in Banyuwedang Bay, West Bali, Indonesia in a collaboration with the Indonesian government and the Dolphin Project. They were then released off the coast of Bali.

“It was a perfect morning: The sea was calm, the sky was filled with the warmth of the rising sun, and a chorus of birds sang in the background. On the dock, the poles were painted red and white, representing the colors of the Indonesian flag,” the Dolphin Project said in a statement.

It took the dolphins about an hour and a half of sitting in the open pen, wide open seas ahead, before any of them swam away from the sanctuary.

“They would make their way to the opening and hover there, without crossing over. To us, going through that opening represented freedom, but to the dolphins, going through represented a journey into the unknown,” the Dolphin Project said. “Finally, at 9:33 a.m. local time, Johnny was the first to go out, leading the way for the other two dolphins to follow. This ‘elder statesman’ swam a few yards into the opening, and then swam to the side of the main pen, where he began communicating with Rocky and Rambo. Within moments, they too swam out of the pen.”

Johnny, Rocky and Rambo were rescued from the Melka Excelsior Hotel in North Bali, where they were found underweight and injured. Prior to their time spent in small pools at the resort hotel, the dolphins were forced into a traveling circus.

They were rehabilitated at the center, and in recent months, had resumed hunting for food largely on their own in the foraging pen at the Umah Lumba Rehabilitation, Release and Retirement Center. During his stay, Johnny, whose teeth were worn down while in captivity, was given a new set of teeth in a first-of-its-kind technique.

The dolphins will be tracked via GPS for one year. According to The Associated Press, the dolphins are free to return to the sanctuary temporarily or permanently as they wish, or they could go off to join another pod of dolphins. They may stay together or separate once in the wild.

The Dolphin Project is working on providing further education to local fishers, boat operators and residents to avoid feeding or approaching the dolphins and will establish a hotline for people to call if they spot the dolphins.

Trees & Seas Festival Is Bridging Ocean and Forest Conservation for the 2nd Year in a Row
A grizzly bear emerges from the forest to snatch up
By Olivia Rosane
UN Agency Approves Controversial Deep-Sea Mining Tests
A UN agency has granted permission for a Canadian-based company
By Olivia Rosane
American Lobster Added to ‘Red List’ of Unsustainable Seafood Due to Dangers to North Atlantic Right Whales
If you want to eat only sustainable seafood, American lobster
By Olivia Rosane