In a Sign of Cleanup Success, Dolphins Are Living and Giving Birth in the Potomac 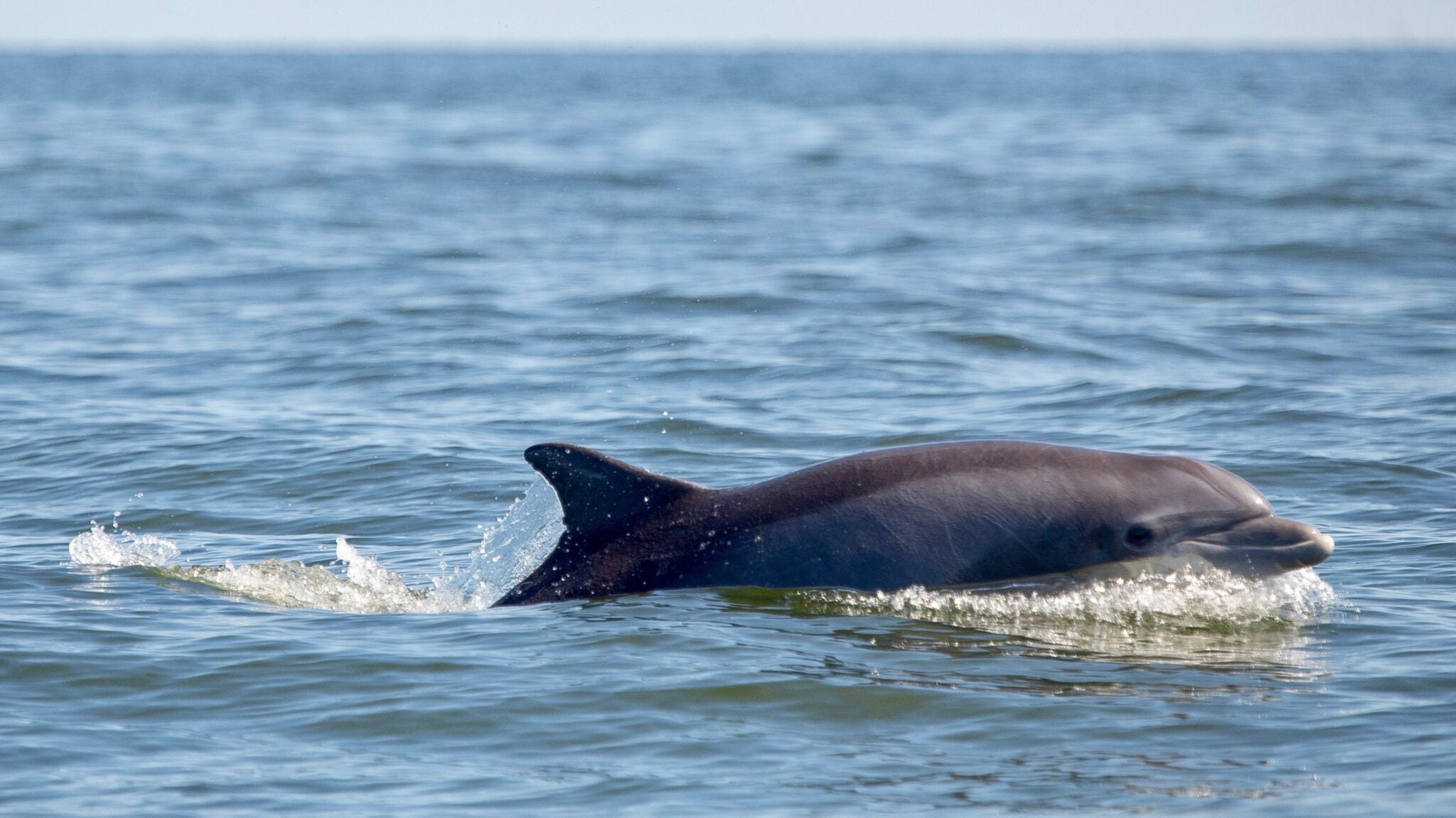 Dolphins have returned to the Potomac River and are even giving birth there, The Smithsonian reported.

The body of water that George Washington once called “the nation’s river” used to host dolphins in the 1800s, but it had gotten so heavily polluted by the 1960s that wildlife struggled to survive and President Lyndon Johnson called it a “national disgrace.” Fifty years of cleanup efforts have paid off, however, and now more than 1,000 bottlenose dolphins have been counted in its waters.

“People actually forgot that there were dolphins in the river because they hadn’t been seen since the 1880s and because the river was in poor condition, people weren’t seeing them,” Potomac Conservancy spokesperson Melissa Diemand told NBC4, as The Smithsonian reported.

Perhaps the most exciting moment for dolphin recovery came in August, when researchers observed one dolphin giving birth in the river. This isn’t only big news for the Potomac: It’s the second wild bottlenose dolphin birth documented in all of scientific literature, according to the Potomac Conservancy.

The organization described what Ann-Marie Jacoby, Assistant Director of the Potomac-Chesapeake Dolphin Project, saw on that fateful August day:

Jacoby was following a group of about 50 dolphins in the Potomac River near Lewisetta, Virginia, when she noticed a cloud of blood and shortly afterward a small calf with a “slightly bent and wobbly fin” surfaced and then swam alongside its mother. (At birth, calves’ fins are typically completely flopped over to one side).

She is careful to emphasize that what she witnessed is evidence of a birth, as it’s difficult to know definitively whether the birth happened right then or very recently. Nevertheless, she says that the newborn was tiny enough and far enough up the river that she feels certain it was born in the Potomac – and that other dolphins are giving birth in the Potomac too!

In an interview on The Kojo Nnamdi Show, experts said the return of the dolphins is likely a positive sign for the health of the river.

“Well, the dolphins wouldn’t be coming here if there wasn’t something to eat,” Potomac-Chesapeake Dolphin Project Director Janet Mann said. “They have to eat a lot of fish, so that means that the fish populations have to be healthy.”

Mann said the dolphins’ presence was not necessarily a sign of warmer waters caused by the climate crisis, since they had been observed in the river in the 1880s. However, warmer temperatures might mean they stay in the river for longer periods of time.

However, the climate crisis is impacting the dolphins in another way. Potomac Conservancy Director Hedrick Belin told Nnamdi that the greatest threat to the river’s health is pollution from runoff, and this is worsened by increasingly heavy rainstorms. He mentioned one rainstorm this summer in which almost four inches fell in less than an hour.

“Each rainstorm we have here in the metro region delivers a toxic stew of fertilizer, street oil, plastics in our local streams,” Belin said.

Another threat is the effort of the Trump administration’s Environmental Protection Agency to roll back protections for streams and wetlands, according to Belin.

But in one respect, researchers have tried to keep the dolphins above the political fray. They are named for political and historical leaders, including former presidents, Congressmembers, Supreme Court Justices and activists, and Mann told The Washington Post that they make sure to draw names from both parties.

“These are the nation’s dolphins, in a sense,” said Mann.