1,100 Mutilated Dolphins Have Washed Up on French Beaches Since January 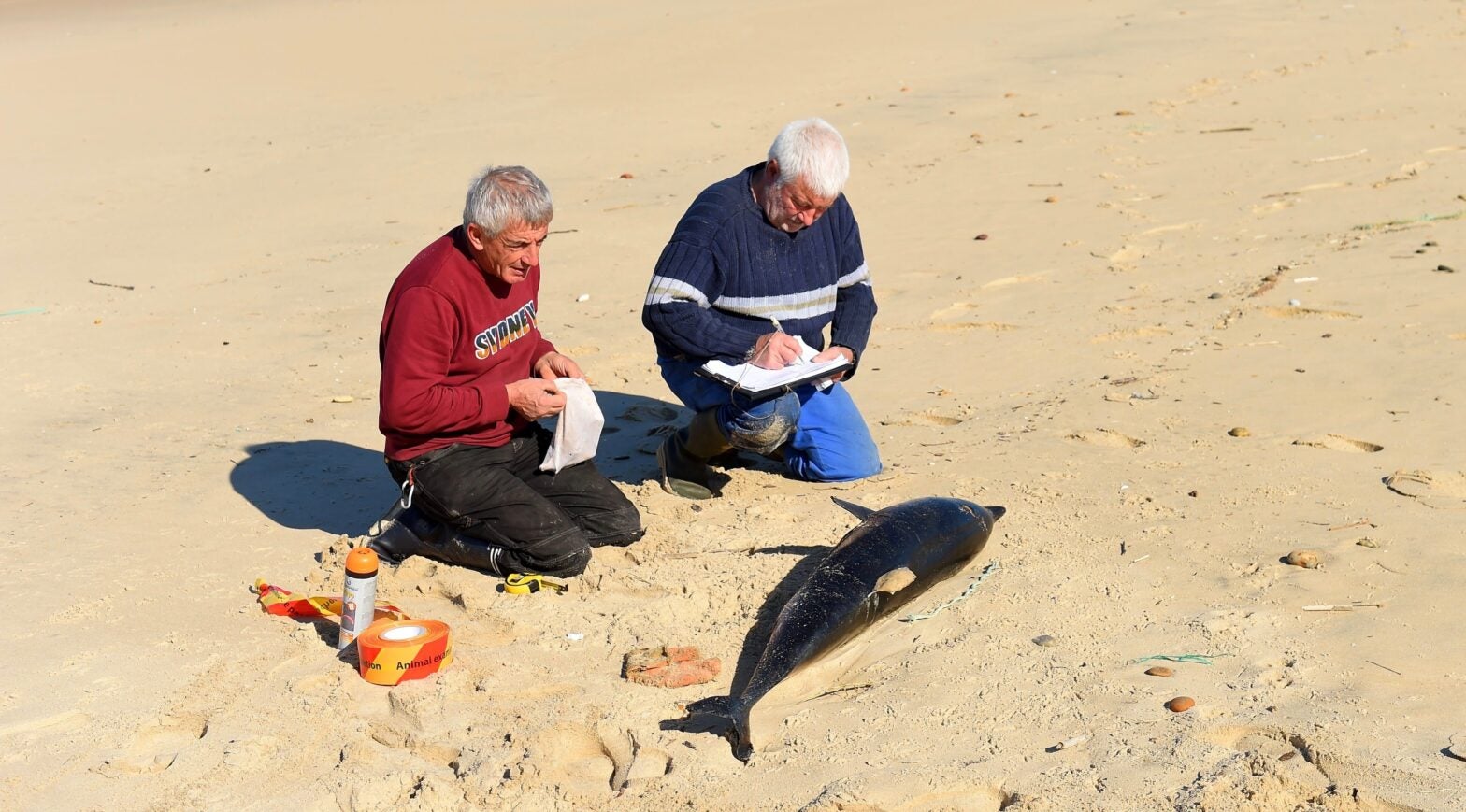 A record number of dolphins have washed up dead and mutilated on French beaches, and scientists don’t know exactly why.

Activists say 1,100 dolphins have washed up on France’s Atlantic coast since January, but the number could be as much as 10 times higher than that, as many likely sink instead of washing ashore. Researchers at the La Rochelle marine laboratory Observatoire Pelagis said they had seen “extreme levels of mutilation” on the dolphins that did wash up, The Guardian reported.

“There’s never been a number this high,” La Rochelle University National Center for Scientific Research member Willy Daubin told The Associated Press. “Already in three months, we have beaten last year’s record, which was up from 2017 and even that was the highest in 40 years.”

Daubin said 90 percent of the deaths could be blamed on industrial fishing generally, as dolphins are accidentally caught up in nets. However, it is not known what specifically is causing the number of deaths to rise so dramatically.

“What fishing machinery or equipment is behind all these deaths?” he asked.

There is speculation that trawlers fishing for sea bass may be to blame, according to The Guardian. The dolphins injure themselves trying to escape the nets, or fisherman injure them in the process of trying to free them. Activists told The Associated Press that fisherman will also cut off dolphins’ body parts once they have been suffocated by the net in order not to damage the net.

President of Sea Shepherd France Lamya Essemlali also told The Associated Press that the number of dolphin deaths began to rise three years ago, coinciding with the lifting of a ban on aggressive hake fishing.

“The spotlight has been put on the trawlers that fish for sea bass … which is a scandal. But they were not the only ones responsible,” she told The Associated Press.

Essemali estimated that the real dolphin death toll was probably around 6,500 to 10,000 a year, according to The Guardian.

“Right now it’s such an alarming rate they could drive the European dolphin population to extinction,” she said.

French Ecology Minister Francois de Rugy traveled to La Rochelle last week to try and find a way to stem the killings, The Associated Press reported. His proposals include doing research into acoustic repellent devices that 26 two-vessel trawlers operating in the Bay of Biscay have installed. However, Sea Shepherd said the devices were not effective, since fisherman turn them off out of fear they will scare away valuable fish.

In a video shared last month, Sea Shepherd recorded a French fishing vessel with a dead dolphin in its net. The video showed that the fisherman did not attach acoustic repellents to the net until they realized that they were being filmed.

The activist organization also said that acoustic repellents were not a viable solution, since they would increase noise pollution that harms marine life.

Macron has positioned himself as an environmental leader, launching a campaign to invite international climate scientists to France to “Make the Planet Great Again.” However, his first Ecology Minister Nicolas Hulot quit in August 2018 over what he felt was insufficient action on restricting pesticides and protecting biodiversity.