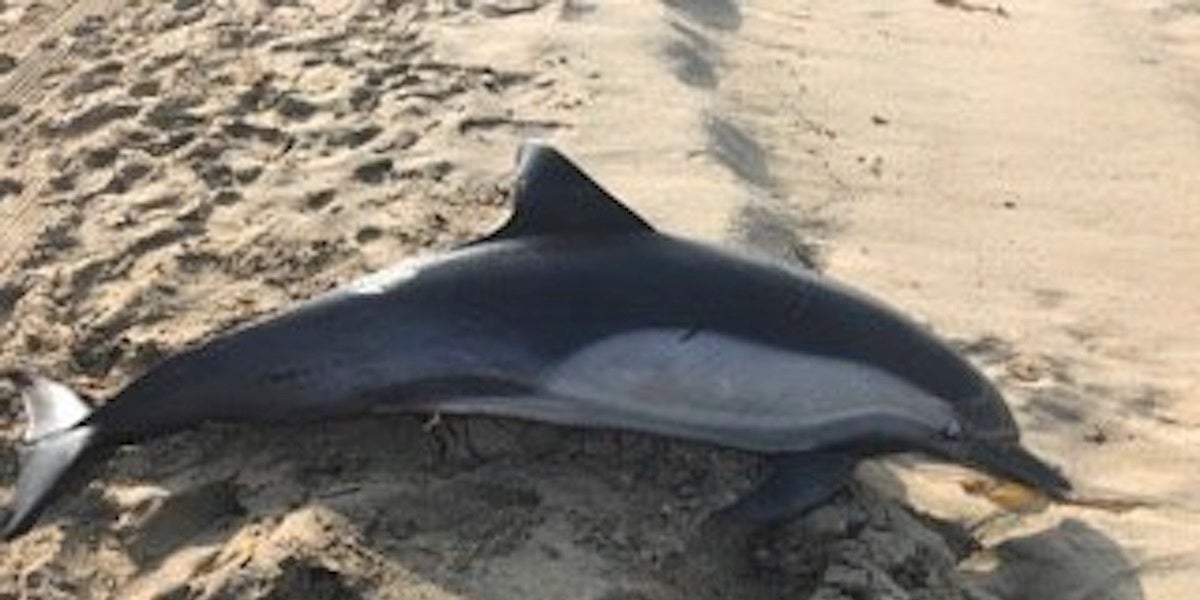 How could anyone shoot a dolphin? A dolphin that washed up dead in Manhattan Beach, California died from a bullet wound, according to local animal rescue workers.

Earlier this month, Peter Wallerstein, the founder of Marine Animal Rescue, responded to a call about a stranded dolphin on the surf, according to NBC News. By the time he arrived at the scene, the marine mammal was dead.

The cetacean was then taken to the Los Angeles-based Marine Mammal Care Center, where a necropsy, or autopsy of an animal, was performed.

“We discovered a bullet, which had damaged the lungs. It appeared it was the cause of death,” Jeff Cozad, executive director of the center, told BuzzFeed News.

Marine Animal Rescue wrote in a Facebook post Friday that it is offering a $5,000 reward for “information leading to the conviction of the person that shot the dolphin.”

“There is NO excuse for such brutality against these beautiful animals,” the post said.

Wallerstein told NBC News that he had contacted the National Marine Fisheries Service to open investigation into the dolphin’s death.

“They’ll do the best they can,” he said. “They have the bullet and they have evidence of the shooting. We very rarely find these people but what the reward does is put them on notice.”

Wallerstein said that he has never a dolphin shot to death in the three decades he has worked in the animal rescue field.

“I’ve had sea lions shot but never had a dolphin,” he said. “But maybe the dolphins have drifted back into ocean, we don’t know.”

People on fishing boats sometimes shoot sea lions because they get in the way of their fishing, Wallerstein explained to Buzzfeed. But “for dolphins, it’s an act of brutality. That’s all it is. They don’t interfere with fishing, apart from maybe the squid nets,” he said.

“We have to do something about it,” he added. “We have to stop these senseless killings of animals.”