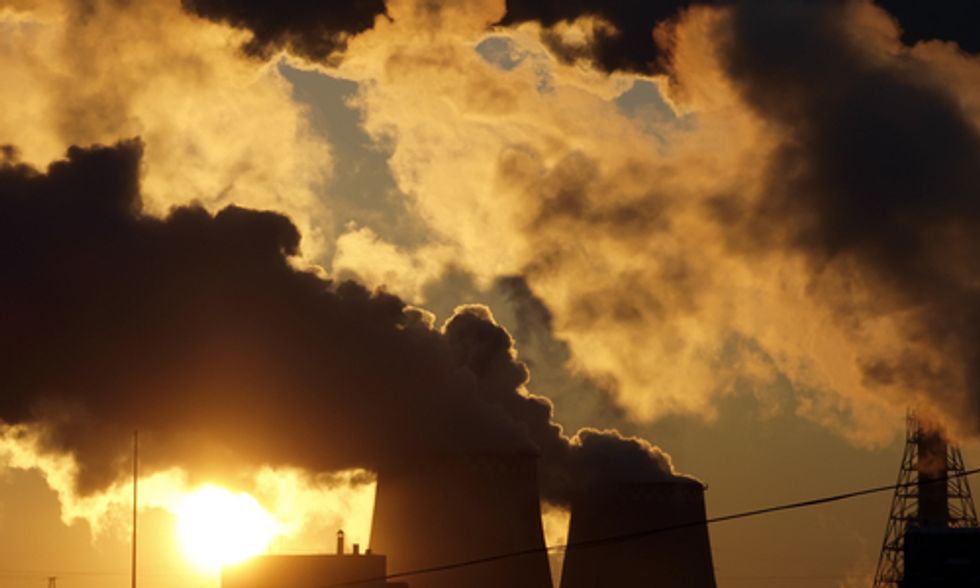 It’s fitting that the latest Intergovernmental Panel on Climate Change (IPCC) report was released during Earth Month. After all, the third chapter of its Fifth Assessment focuses on ways to keep our planet healthy and livable by warding off extreme climatic shifts and weather events caused by escalating atmospheric carbon.

Doing so will require substantially reducing greenhouse gas emissions–40 to 70 percent by 2050 and to near-zero by the end of the century. We must also protect carbon “sinks” such as forests and wetlands and find ways to store or bury carbon. The good news is that weaning ourselves off fossil fuels, conserving energy and shifting to cleaner sources comes with economic and quality-of-life benefits.

“There is a clear message from science: To avoid dangerous interference with the climate system, we need to move away from business as usual,” said economist Ottmar Edenhofer, co-chair of Working Group III, which produced the chapter.

Doing nothing isn’t an option. That would lead to a significant increase in global average temperatures and extreme weather-related events such as storms, droughts and floods, wreaking havoc on our food systems, communities and the natural environment we depend on for our health and survival. Technological measures and behavioral change could limit global mean temperatures to less than 2 C above pre-industrial levels, but only with “major institutional and technological change.”

Because we’ve stalled so long, thanks largely to deceptive campaigns run by a small but powerful group of entrenched fossil fuel industry interests and the intransigence of some short-sighted governments, we must also consider ways to adapt to climate change that’s already occurring and that we can’t stop.

Although carbon emissions are rising faster than efforts to curtail them, there are glimmers of hope. A growing number of networks–including cities, states, regions and even markets–are working together to implement climate plans. And costs of renewable energy, such as solar and wind, are falling so quickly that large-scale deployment is practical. Putting a price on greenhouse gas emissions through carbon taxes or other methods is one critical way to shift investment from fossil fuels to renewables.

The IPCC found responsibly addressing climate change by pricing carbon and making needed investments is affordable: ambitious mitigation would reduce economic growth by just .06 percent a year. That’s not taking into account the many economic benefits of reducing climate change–from less spending on health and disease to reduced traffic congestion and increased activity in the clean-energy sector. Considering the costs and losses climate change and extreme weather impose on our cities, communities and food systems, we can’t afford not to act.

A clean energy revolution is already underway and, as the world comes to grips with the need to change, it will inevitably spread. As Canadians, we can choose to join or remain stuck in the past. Tackling global warming will require all nations to get on board. That’s because greenhouse gases accumulate and spill over national boundaries. And, according to the IPCC, “International cooperation can play a constructive role in the development, diffusion and transfer of knowledge and environmentally sound technologies.”

As a policy-neutral scientific and socioeconomic organization, the IPCC doesn’t make specific recommendations, but it reviews the available science and spells out in clear, albeit technical, terms that if we fail to act, the costs and losses to our homes, food systems and human security will only get worse.

It’s been seven years since the fourth assessment report in 2007. We can’t wait another seven to resolve this crisis. As nations gear up to for the twenty-first climate summit in Paris in late 2015, where the world’s governments have pledged to reach a universal legal climate agreement, international co-operation is needed more than ever. Let’s urge our government to play a constructive role in this critical process.

Geoengineering is Not the Answer to Climate Change