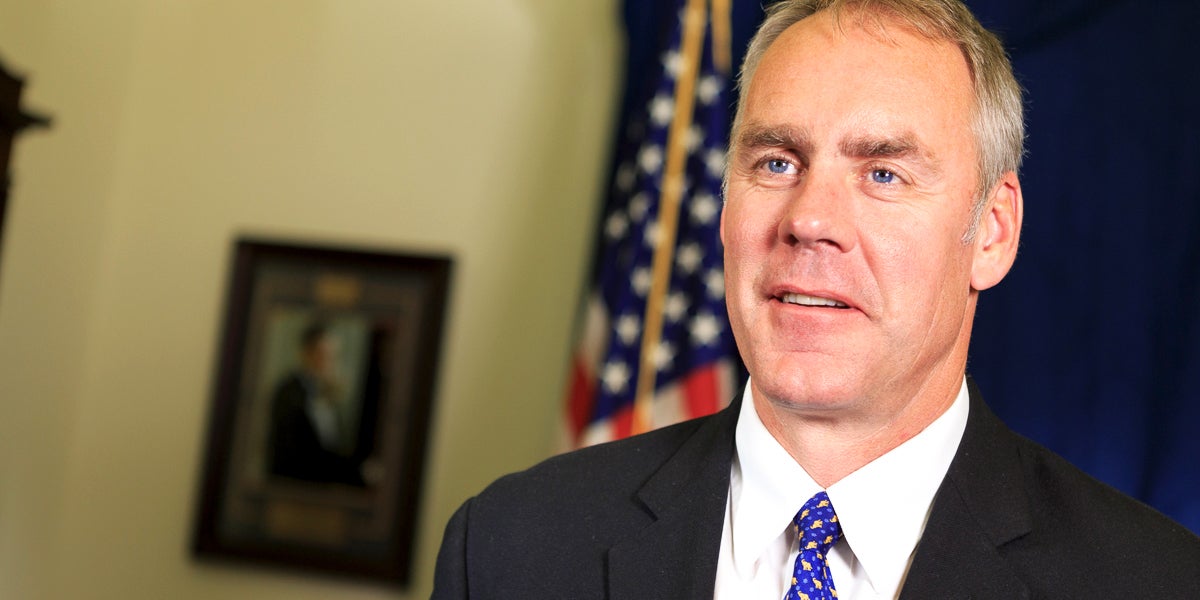 Zinke’s track record in Congress includes pushing pro-fossil fuel legislation—the lobby backed his campaign generously—and his positions on climate change aren’t clear. However, Zinke’s fierce defense of public lands and opposition to transferring federal land to the states has put him at opposition with his own party in the past. Zinke has not yet officially accepted the position.

“His brief political career has been substantially devoted to attacking endangered species and the Endangered Species Act,” Suckling continued. “He led efforts to strip federal protections for endangered wolves, lynx and sage grouse, voted to exempt massive agribusiness and water developers from Endangered Species Act limitations, and opposed efforts to crack down on the international black market ivory trade.

“Zinke consistently votes for the interests of oil and gas companies, which is not surprising since Oasis Petroleum is his largest campaign contributor and the oil and gas industry is his third-largest sector contributor. He has also voted against and attacked the establishment of protective national monuments on public lands.

“On the bright side, Zinke has spoken and voted against the outright transfer of federal public lands to states and corporations. This is in keeping with positions taken by Donald Trump and his son Donald, Jr. Unfortunately Zinke has championed the same result—greatly increased logging, mining and oil drilling, greatly reduced environmental protections, elimination of federal control, and weakening of environmental standards—by turning over public land management to industry-dominated panels appointed by state governors. In Zinke’s scheme, industry and state interests get all the environmental destruction and profit they want, with the federal government being made to pay for it through nominal retention of land title.

“Zinke’s cynically named ‘Resilient Federal Forests Act of 2015’ was one of several schemes he led to turn control of public land to industry-dominated panels. It was widely opposed by conservationists, sportsmen, businesses and even some timber companies for dispensing with environmental laws and public involvement in order to ramp up unsustainable logging levels.”