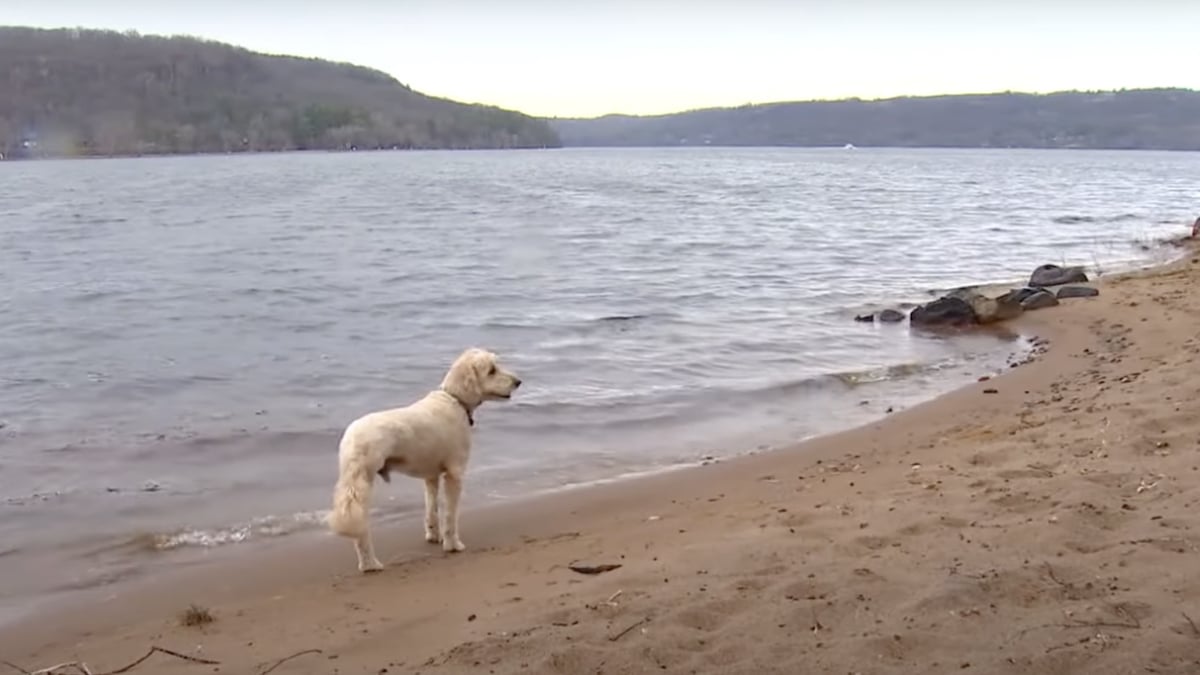 Gus is a six-year-old dog with plenty of his own problems. The goldendoodle has cancer, and doctors had to amputate one of his back legs to remove a tumor.

But these challenges didn’t stop him from jumping into a frigid Minnesota river to rescue a baby river otter Easter Sunday.

“First time swimming with three legs and he comes out of the water with a baby otter in his mouth!” Ella Hammerstrand, the granddaughter of Gus’s owners, told Fox 9.

The rescue took place as Ella and her sister Lucy were visiting with family for Easter. The pair were out doing chores by the St. Croix River with Gus when he suddenly jumped in the water and swam 50 feet. He then returned with the otter and dropped it at the girls’ feet, WCCO reported.

The otter was covered in sand, so the family washed it off.

“I held him for a little while they tried to find his mom, but we couldn’t,” Lucy told Fox 9.

After failing to find the otter’s caretaker, the family took the pup to the Wildlife Rehabilitation Center (WRC) of Minnesota in Roseville.

“It was kind of a harrowing trip because it was closing at 6 p.m., and we didn’t know if we were going to make it,” Young told WCCO.

However, made it they did, and the center credited Gus and his owners with saving the otter’s life.

“The otter is much too young to be in the water–it should still be in the den with its mom,” the center said in a Facebook post. “Having no idea where the den is, how far the little guy traveled, the otter has been admitted for rehabilitation.”

The WRC said it was concerned for the otter’s survival during the first 36 hours of its stay because it was cold to the touch. Workers were worried it had breathed in water, which could cause pneumonia. However, the otter’s health has since improved, and it was moved to another facility that has the pools it needs to grow, FOX 9 reported.

“Kudos to Gus, and his wonderful owners Cleo and John, for saving this young otter’s life,” the WRC said on Facebook.

The hero of the day, Gus, also has his own recovery needs. The dog had already had one tumor removed when University of Minnesota staff found another tumor during a follow-up appointment, leading to the leg amputation, as WCCO reported.

“We thought, Oh this is going to be so sad, he isn’t going to be able to run again like he used to, but this hasn’t slowed him down at all,” Young told WCCO.

Gus still has to complete three more chemotherapy sessions. But the good boy also got a reward for his rescue.

“I think he (Gus) knew the otter was hurting and something was wrong,” Ella told Fox 9. “He definitely got a lot of treats afterwards,” she added.