Does State Department Have Head in the Tar Sands on Keystone XL's Role in Climate Change? 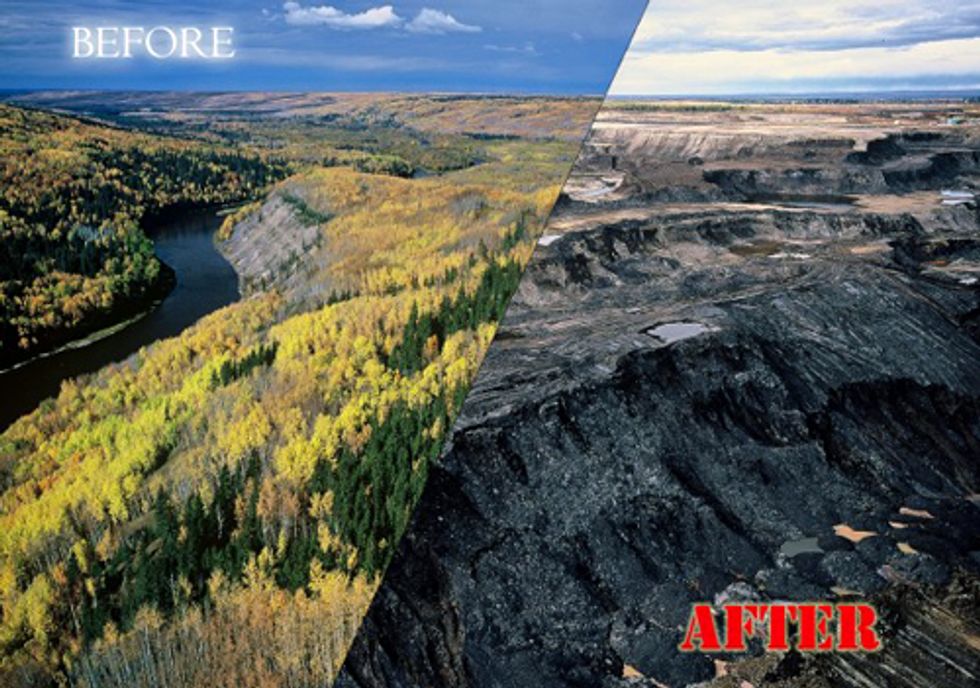 Mr. Secretary, I am disappointed. I thought that we all understood that to fight climate change, we have to be able to say "no" to dirty energy projects. Our friends around the world are looking to us for climate leadership and it starts with drawing the line at tar sands expansion. It also means that we need to give health and environment a fair shake in the environmental review of a dirty energy project such as the Keystone XL tar sands pipeline. Yet the draft environmental review prepared by the State Department for Keystone XL misses what folks in industry themselves are saying: the Keystone XL project is necessary for expansion of tar sands. We know this means that Keystone XL will make climate change worse.

Once again, the State Department acknowledges that tar sands are dirtier than conventional oil and will make climate change worse. So how, can it then not tell us about what this means for our climate? Somehow, the State Department claims that tar sands will be developed anyway so it doesn't need to look at the harm done by expansion. This just doesn't make sense. Our friends in British Columbia are saying no to tar sands pipelines to the west coast. Our friends in eastern Canada and New England are saying no to tar sands pipelines to the east coast. Rail is a pretty expensive alternative. What is left? Keystone XL's path to the Gulf Coast.

But don't just listen to me. Let's look at what some of the industry's own experts are saying.

Global energy consultant Wood McKenzie found that "a lack of visibility on available transportation capacity and, in turn, the prices that may ultimately be achieved could impact oil sands projects' commercial viability." To me that means that without ways to get tar sands to the coast for export, the price of this very expensive to extract oil is going down making it a risky investment.

TD Economics, a major Canadian Bank, talks about pipeline capacity constraints as "a serious challenge to long term growth" of the tar sands.

And most clearly from an economist: "Unless we get increased [market] access, like with Keystone XL, we're going to be stuck."

The point is that the tar sands industry's expansion plans are not possible without the proposed Keystone XL pipeline project and delay in deciding the fate of Keystone XL has already affected expansion. This amounts to real climate pollution that affects real people here at home and around the world.

Luckily, this is just a draft environmental review. Now is the time for the public to make itself heard. And Mr. Secretary, I'd ask that you listen closely to people's concerns about what expanded tar sands would mean for our future. This is not a future we want. It is time to take a hard stance on Keystone XL. We need a clear evaluation of the damage to our health and environment that will result from this dirty energy project. And then we need to reject the Keystone XL tar sands pipeline.