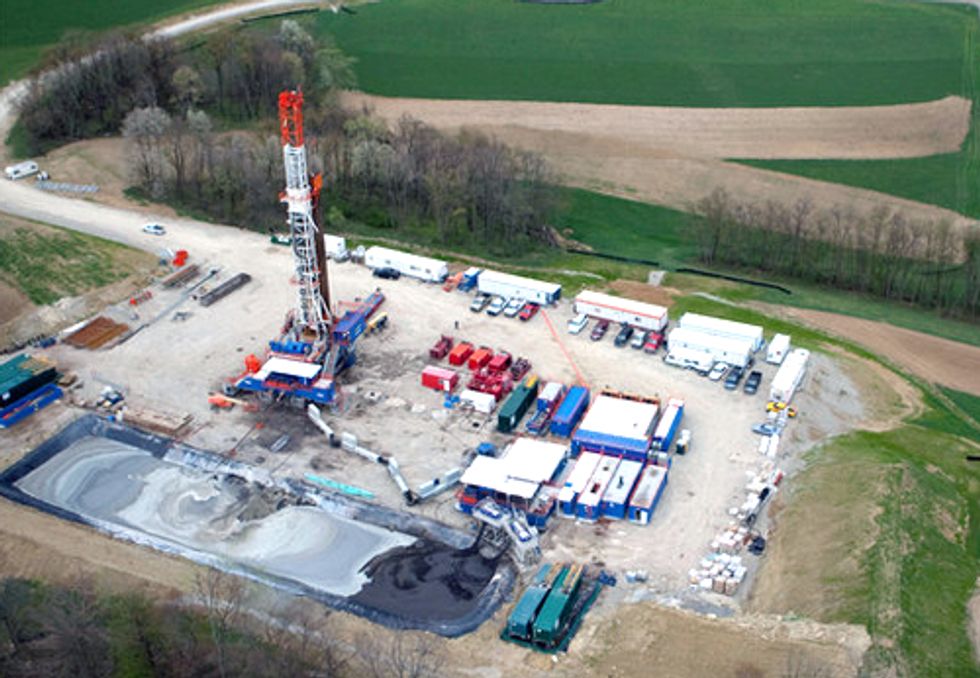 According to an EPA press release:

Results of the study, which Congress requested EPA to complete, are expected to be released in a draft for public and peer review in 2014. The update provided today outlines work currently underway, including the status of research projects that will inform the final study. It is important to note that while this progress report outlines the framework for the final study, it does not draw conclusions about the potential impacts of hydraulic fracturing on drinking water resources, which will be made in the final study.

As the administration and EPA has made clear, natural gas has a central role to play in our energy future, and this important domestic fuel source has extensive economic, energy security and environmental benefits. The study EPA is currently undertaking is part of EPA’s focus to ensure that the Administration continues to work to expand production of this important domestic resource safely and responsibly.

Among the information released today are updates on 18 research projects and details on the agency’s research approach as well as next steps for these ongoing projects and analyses. Today’s update follows the public release, in November 2011, of the agency’s final study plan, which underwent scientific peer review and public comment.

EPA has engaged stakeholders, including industry, to ensure that the study reflects current practices in hydraulic fracturing. EPA continues to request data and information from the public and stakeholders and has put out a formal request for information which can be accessed through the federal register.

EPA also expects to release a draft report of results from the study in late 2014. The study has been designated a Highly Influential Scientific Assessment, meaning it will receive the highest level of peer review in accordance with EPA’s peer review handbook before it is finalized. The 2014 draft report will synthesize the results from the ongoing projects together with the scientific literature to answer the study’s main research questions.

EPA's Science Advisory Board (SAB) is forming a panel of independent experts which will review and provide their individual input on the ongoing study to EPA. The SAB will provide an opportunity for the public to offer comments for consideration by the individual panel members.

The EPA is offering a webinar at two different times to brief the public on the progress report and technical roundtables: