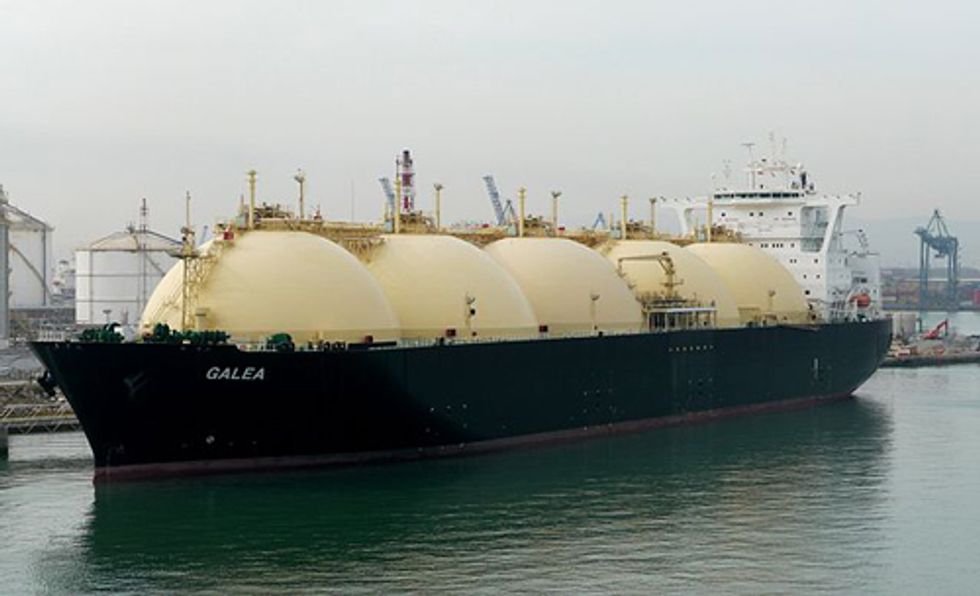 Friday is the proverbial "take out the trash day" for the release of bad news among public relations practitioners and this last Friday was no different.

In that vein, yesterday the Department of Energy (DOE) announced a conditional approval for the second-ever liquefied natural gas (LNG) export terminal.

LNG is the super-chilled final product of gas obtained—predominantly in today's context—via the controversial hydraulic fracturing process that is taking place throughout many states in the U.S. Fracked gas is shipped from the domestic shale basins via pipelines to various coastal LNG terminals, and then sent on LNG tankers to the global market.

The name of the terminal: Freeport LNG.

Freeport LNG is 50 percent owned by ConocoPhillips and located in Freeport, TX, an hour car ride south of Houston. The export facility is the second one approved by the DOE, with the first one—Sabine Pass terminal, owned by Cheniere and located in Sabine Pass, LA—approved in May 2011.

DOE gave its rubber stamp of approval to Freeport LNG to export up to 1.4 billion cubic feet of LNG per day from its terminal.

The announcement comes in the aftermath of an April DeSmogBlog investigation revealing that recently confirmed Secretary of Energy Ernest Moniz—a former member of the Board of Directors of ICF International—has a binder full of conflicts of interest in any decision the DOE makes to export the U.S. shale gas bounty.

As we explained in that investigation, a Feb. 2013 "study" published by the American Petroleum Institute (API) and conducted on its behalf by ICF International concluded exporting shale gas was on the economically sound up-and-up.

ICF is a consulting firm that teams up with oil and gas industry corporations and was one of three firms that did the Supplemental Environmental Impact Statement on behalf of the U.S. State Department for the northern half of TransCanada's Keystone XL pipeline. The SEIS was published in March 2013.

Furthermore, among the members of the Obama Administration's industry-stacked DOE Fracking Subcommittee formed in May 2011 was Kathleen "Katie" McGinty. McGinty formerly served as Vice President Al Gore’s top climate aide during the Clinton Administration, segueing from that position into one as chair of the Clinton Council on Environmental Quality from 1993-1998. Her husband is Karl Hausker, the vice president of ICF International.

Given the myriad ties that bind, it's tough to fathom any other decision being made by the DOE on Freeport or any other LNG export terminal from here on out. And the ecological and economic consequences of that will be disastrous.

"Once environmental impacts are evaluated, it becomes clear that the additional fracking and gas production exports would induce is unacceptable."