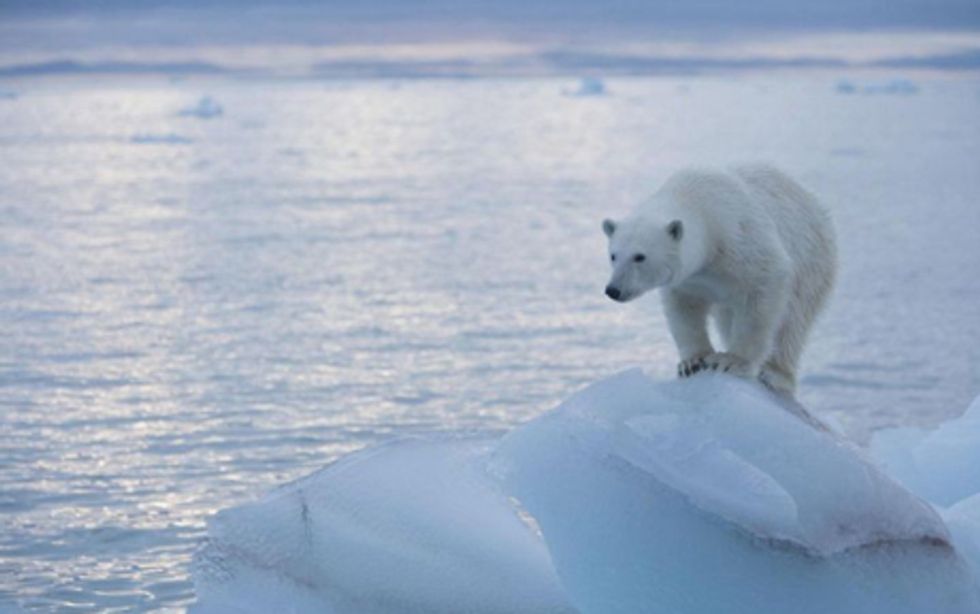 When hackers broke into an Internet server at East Anglia University in the U.K. and selectively released massive amounts of correspondence from the world's leading climate scientists, folks at the Chicago-based Heartland Institute were quick to exploit it.

Heartland president Joseph Bast wrote: "The release of these documents creates an opportunity for reporters, academics, politicians, and others who relied on the IPCC to form their opinions about global warming to stop and reconsider their position."

He may have been correct, although "reconfirm" would have been a better word than "reconsider" as seven independent investigations cleared the scientists of any wrongdoing and confirmed the credibility of their research.

Now the tables have been turned on the libertarian "charitable" organization, which devotes its resources to questioning the reality of climate change and the dangers of secondhand tobacco smoke, among other issues.

Heartland is just one of many organizations dedicated to spreading doubt and confusion about legitimate science. These groups share a lack of transparency and an agenda to promote corporate interests at the expense of human health, the environment and even the economy (if we believe the economy should function primarily in the interests of citizens rather than corporations).

Recently, someone—since identified as climate scientist Peter Gleick—sent documents from the Heartland Institute's board of directors' Jan. 17 meeting to a number of people and organizations, including Desmog Blog, a website devoted to exposing the spin around climate change denial. The documents confirm much of what we already knew about Heartland, although they provide interesting details about its connections and motives.

Not surprisingly, the Heartland people don't see this as "an opportunity for reporters, academics, politicians and others" to learn more about the secretive group's agenda. Instead, Heartland posted a statement on its website saying, "honest disagreement should never be used to justify the criminal acts and fraud that occurred in the past 24 hours."

Unlike most environmental and social justice organizations, including the David Suzuki Foundation, the Heartland Institute doesn't publicly reveal information about where it gets its money and what it does with it.

These documents indicate that Heartland has offered U.S. weatherman blogger and climate change denier Anthony Watts close to $90,000 for a new project. They also reveal that Heartland funds other prominent deniers, including "Craig Idso($11,600 per month), Fred Singer ($5,000 per month, plus expenses), Robert Carter ($1,667 per month) and a number of other individuals..."

The papers also confirm that the institute's primary mission is to discredit the established science of human-caused climate change. And even though it has received funding from wealthy individuals and corporations in the fossil fuel and tobacco industries, including the Koch brothers and RJR Tobacco, it gets most of its money from a single anonymous donor, who has ponied up as much as $4.6 million in a single year, 2008.

If these groups were truly engaged in questioning the science, using valid scientific methods and principles, it wouldn't be a problem. Science is strengthened through scrutiny and challenges; that's how it works, and that's what the peer-review process is about. But these organizations are engaged in secretive and dishonest lobbying and public-relations efforts aimed at stalling measures to protect the environment and health.

Gleick has admitted that he made a mistake in posing as someone else to obtain the documents. The unidentified East Anglia hackers were also wrong to have stolen the emails, and the Heartland Institute is wrong when it lies about the most serious threat to humanity.

Three wrongs don't make a right, but there are some differences. In the East Anglia case, the investigations turned on those who were hacked and ultimately proved that the climate scientists, although human, are engaged in sound and verifiable science and that they have been subjected to years of harassment and bullying for their work. The Heartland documents show that the organization is using its taxpayer-supported status to spread lies and misinformation.

It's about time these merchants of doubt were exposed. It's time to get back to real science as practiced by scientists. We must get beyond the false debate about the reality of climate change and into the real debate about what to do about it.