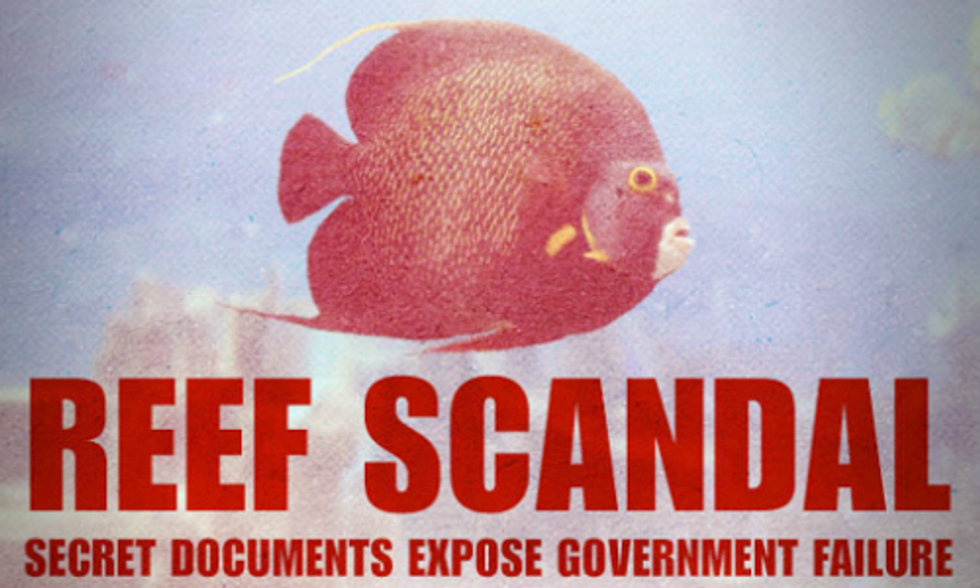 Last December the Australian Federal government gave the go-ahead to dredge and dump in the Great Barrier Reef. It did so despite strong, expert advice from the independent authority charged with protecting the reef that it was dangerous to the reef’s health.

Newly released internal documents clearly show that the Great Barrier Reef Marine Park Authority repeatedly advised the Environment Department to reject the controversial dredging and dumping proposal—which would allow the expansion of the Abbot Point coal port—because of the current health of the Great Barrier Reef and damage it would cause.

What we found is that the Great Barrier Reef Marine Park Authority (GBRMPA):

The proposal to dredge and dispose of up to 1.6 million cubic meters of sediment per year … has the potential to cause long-term irreversible harm to areas of the Great Barrier Reef Marine Park … in particular seagrass meadows and nearby coral reefs …

Since the news broke, the Minister for the Environment Greg Hunt and the GBRMPA have been desperately attempting to explain away why, at the end of the day, they gave the tick to this damaging development.

Both the Minister Hunt and the GBRMPA are clinging to the political life raft so often employed when projects are approved which risk harming the environment—a plea to not worry because "strict conditions" will protect the reef.

Minister Hunt, facing pressure from the community, looming court action and an economic environment in which companies are publicly withdrawing from risky coal projects, is keen on blaming past Labor governments.

GBRMPA is brushing off the significance of the FOI documents saying they were "preliminary working drafts," a sidestep which is blatantly disingenuous.

How does this explain minutes of a meeting between the Environment Department and GBRMPA in June 2013 to discuss the dredging application which GBRMPA’s Chairman Russell Reichelt attended?

The minutes show GBRMPA advised the Department of the Environment that it “did not consider it practical or feasible to develop offsets of the magnitude required” to produce a net environmental benefit from the project in its current form. Two ways forward were discussed: “[A]dopt a compromised option” (i.e. trestle extension with dredging of 500,000 m3 and land disposal)” or “[a]pprove the proposal with conditions which are effectively unachievable”.

The public deserves a clear explanation as to why the Minister and his department rejected GBRMPA expert advice. What other interests was the Minister considering which got in the way of what should be his priority—the health of this World Heritage jewel?

The smoker who continues to smoke despite medical advice they should stop is a tragic figure, but ultimately they are responsible for their health. The difference here is that the Great Barrier Reef is not itself able to reject or accept the rapid industrialization that is making it sick.

This power rests with the Minister for the Environment as the reef’s guardian. Right now it appears Minister Hunt is willing to accept illness and death of the Great Barrier Reef as his charge’s unhappy future.