Documentary Spotlight: The Horses of Fukushima 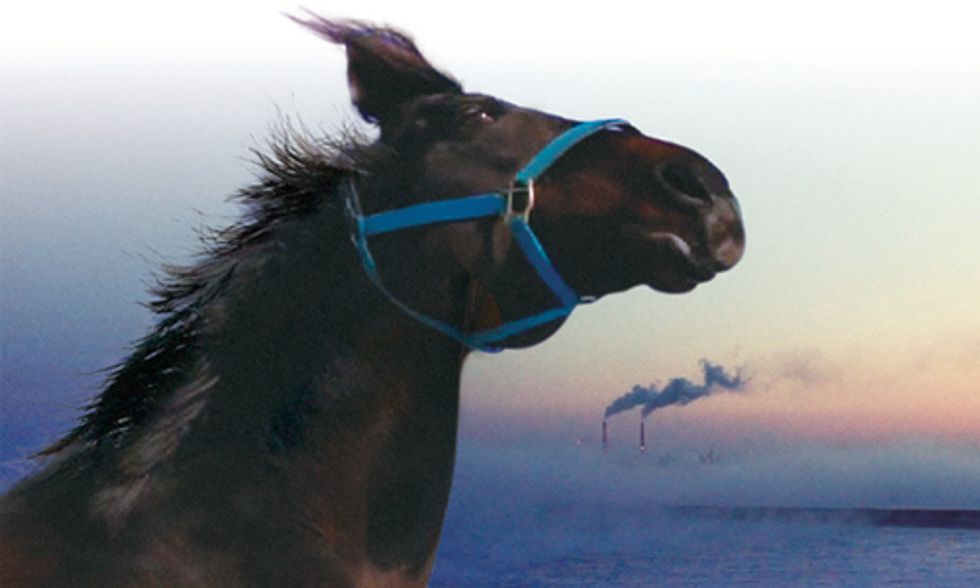 I’ll feature one film per day. Today, The Horses of Fukushima. Yesterday, Farmland. Monday, Antarctica: A Year on Ice.

CIFF’s Brenda Benthien provided this synopsis of the film:

Fukushima, Japan has a thousand-year-old tradition of horsemanship. The Soma Nomaoi Festival is a pageant of armor, banners, and formidable equestrian skills. But modern technology brings with it modern disasters, and in March 2011 a massive tsunami caused the Fukushima Nuclear Power Plant to release substantial amounts of radiation. Less than 20 km away, 40 horses miraculously survived the tsunami. But when the government commanded people to evacuate the disaster zone, many of the horses were left behind to starve. Shinichiro Tanaka is one stubborn rancher who returns, but refuses to slaughter his irradiated livestock as ordered. Though it’s common practice to buy old racehorses, fatten them, and sell them for meat, these remaining horses are inedible. Thus they are transported to rural Hokkaido where they temporarily enjoy some equine freedom. Nature takes its course, and the festival looms. Are the horses ready to be ridden again? The Horses of Fukushima s a stunning documentary that tells the story of what Japanese society lost by buying into nuclear power through the fate of these resilient animals. Note: Some scenes contain graphic animal imagery. (In Japanese with subtitles)