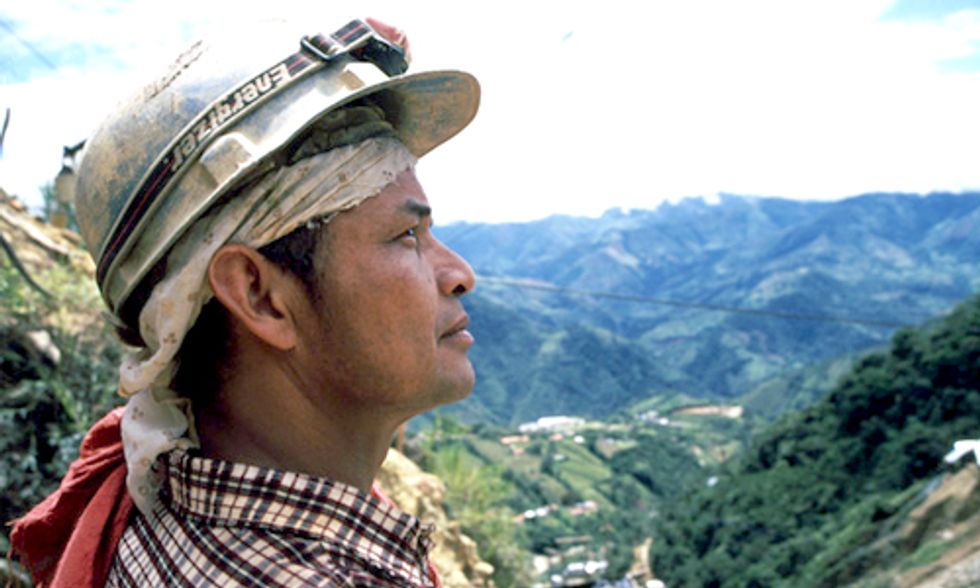 CIFF’s Clint Rohrbacher provided this synopsis of the film:

Marmato is a mountain village in Columbia sitting on one of the greatest gold reserves in the world. For 500 years the residents have mined the gold with traditional methods. In 2006 a Canadian mining company bought the mines from the government. Now the town's future is at stake as an open-pit mining project is proposed. More than 8,000 inhabitants and a culture are about to face extinction as Marmato becomes ground zero in the global gold rush. Filmed over a course of six years, this stunning and emotional documentary follows the miners deep into the dangerous mines and even deeper into the souls of a populace determined to fight for their homes. As we meet the miners and their families, the human cost becomes very clear. With gorgeous cinematography and an air of magic realism, Marmato follows the battle between the impassioned residents and the wealth and power of globalized mining. Even though their own government seems to be against them, this mining community refuses to back down and accept that gold is more precious than people. (In Spanish with English subtitles)