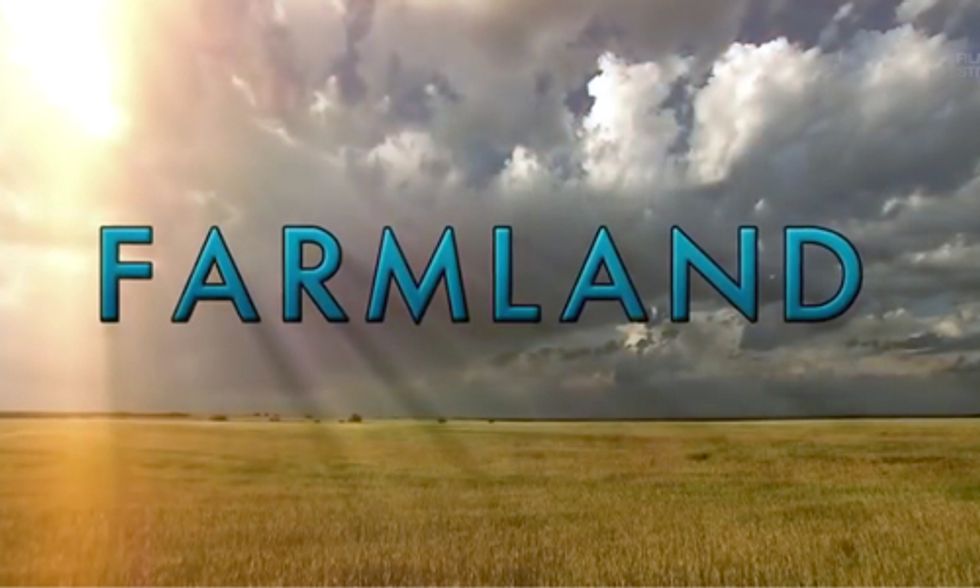 Farmland is the latest documentary from Academy Award-winning director James Moll. In this film, he goes behind-the-scenes with a new generation of American farmers whose passion for their jobs is not only inspirational, but also vital to our country's future. In today's modern world, it's something we all take for granted. But, even with advanced technology, it still starts at the farm. Whether it's organic or conventional, the film explores all sides of the equation with a respectful balance. Moll's fair approach gives the farmers an open forum to discuss controversial topics such as genetically modified organisms and the treatment of animals, without the bias and over-dramatization that the media often interjects. It also tackles a myriad of myths that Americans believe about farmers, most of which are completely inaccurate. If you think all farmers are alike, think again. These extremely intelligent individuals work long grueling hours to bring quality food to your tables. Their importance in our lives is often misunderstood and underappreciated. Farmland is extremely effective in its efforts to change that.