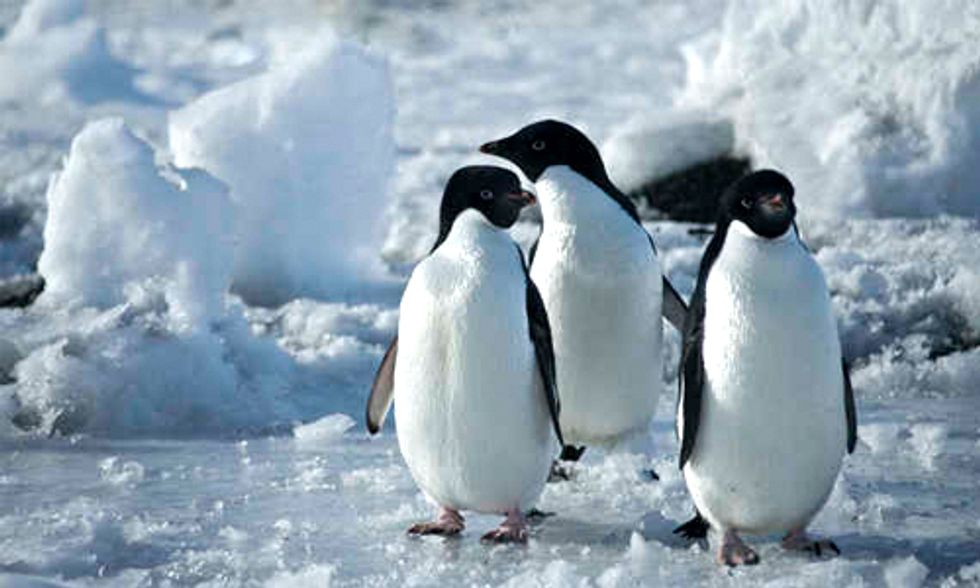 There are eight eco-films this year, in CIFF's It's Easy Being Green sidebar sponsored by Great Lakes Brewing Company, bringing awareness and support to the environmental movement working to save our planet.

I'll feature one film per day. Today, Antarctica: A Year on Ice.

CIFF's Eddie Fleisher provided this synopsis of the film:

Nature photographer Anthony Powell spent ten years making his documentary Antarctica: A Year on Ice. It was so cold he had to build a special camera to withstand the frigid temperatures. Because of this, he was also able to capture the continent's pitch-black winter with a precision that no one else could. Before now, most depictions of Antarctica were shown through the lens of its less scary summers. This gorgeous film observes the harsh region from all angles, whether it's adorable penguins or terrifying ice storms. Rather than just focusing on the environmental aspects, Powell goes to the people. As he follows the everyday functions of workers from the many research stations, we're able to see what it's like to live in such extreme conditions and the effect it has on their mental state. Amidst the darkness, Powell manages to maintain a sense of humour and positivity that embodies the enduring spirit of the people who reside there. Other than braving it yourself, you'll never get a better look at Antarctica than this.