Do You Live in One of the 32 States that Has Been Fracked? 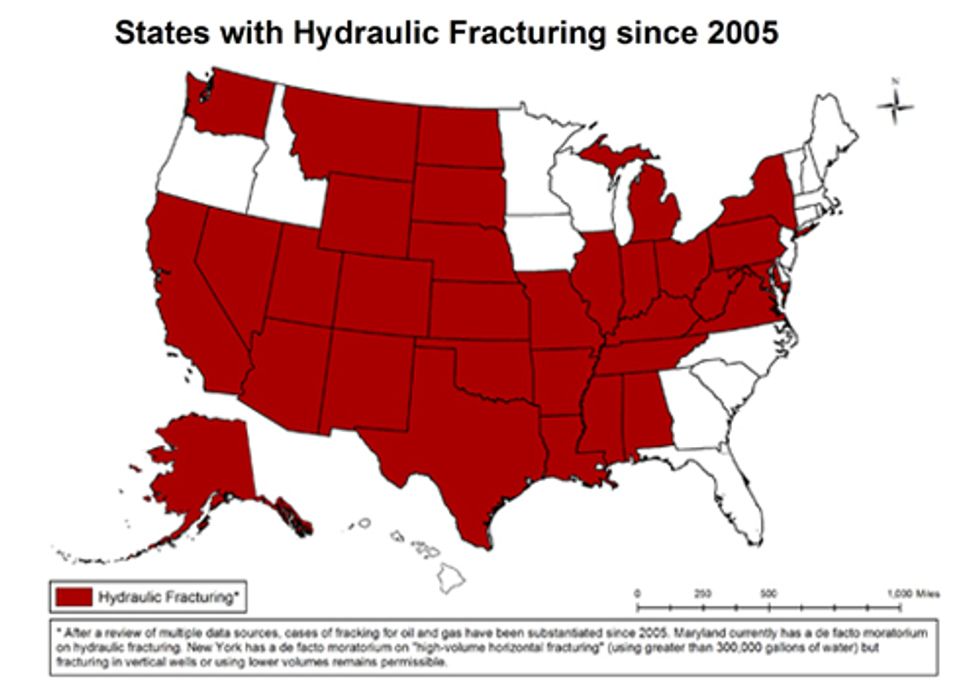 Last month, the U.S. Environmental Protection Agency (EPA) released a “progress report” on its ongoing study of hydraulic fracturing and the impacts of fracking on drinking water. The progress report contains a lot of interesting information, but one particular map caught my eye. The map shows that fracking has occurred in more states than previously known, including places like Arizona, Nevada and Maryland. All in all, we now know that fracking has occurred in at least 32 states since 2005.

It may seem unbelievable, but because of exemptions in federal laws won by the oil and gas industry, there is no publicly available information that shows everywhere in the country where fracking is occurring. Some states provide the information, but in some states companies do not even have to tell the state regulator that they will be fracking. The U.S. EPA progress report relies on reporting by only nine fracking companies, so it may turn out that other companies are fracking in even more places. In fact, we know from other sources that fracking has also happened in other states, including Alaska, South Dakota and Missouri, even though the U.S. EPA’s map does not indicate any fracking there.

Here’s a map created by the Natural Resources Defense Council's resident mapping guru Rachel Fried, showing every state where we know fracking has occurred since 2005: