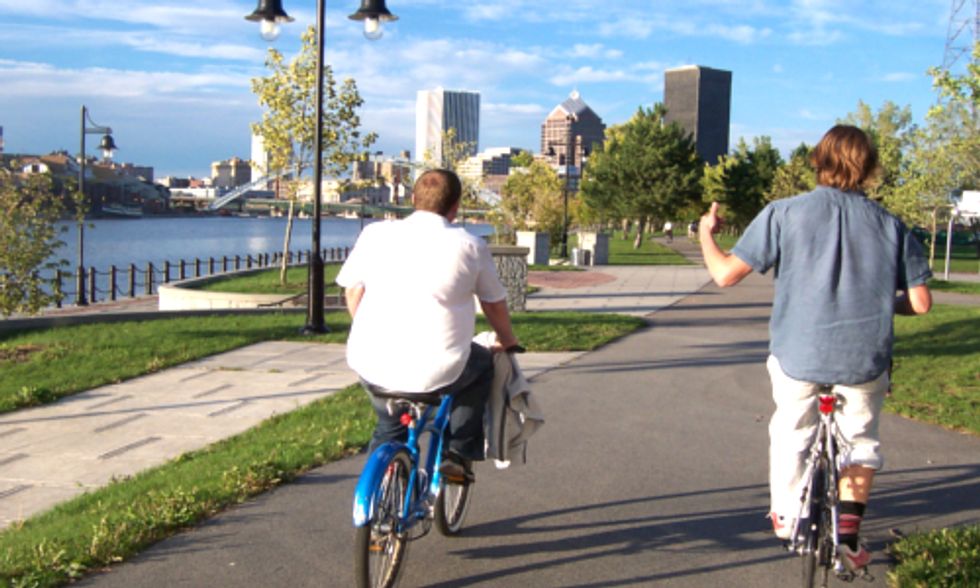 When a website creates a list with the title, "Greenest Cities in America," it's easy to think you know which ones will be included and why.

NerdWallet’s list of these names do contain a couple overlapping municipalities with lists on the top solar cities or the most bike-friendly communities, for example, but it's mostly comprised of cities that deserve far more recognition for their sustainable, environment-focused efforts. California is typically associated with being green, but not under the definition provided by NerdWallet, an informational finance site.

When it comes to the ranking's metrics, which include the U.S. Environmental Protection Agency's air quality index and a formula for excess fuel consumed per commuter by Texas A&M University's Transportation Institute, there's simply no room for any cities within the nation's most populated state.

However, the country's other regions receive equal representation in the ranking that also considers the amount of parks per 10,000 residents, as well as the percentage of the population that walks, bikes, carpools, takes public transit to work or works from home.

Here's what the site had to say about its top selection, Madison, WI:

"Madison earns the distinction of being the greenest city in the U.S., partly due to the fact that the city is literally “green”—its 12.7 parks per 10,000 residents is the highest mark of all cities in the country. The Madison area is home to over 15,000 acres of lakes and more than 200 miles of biking and hiking trails. In fact, the city boasts more bikes than cars, which no doubt contributes to the area’s great air quality."

Aside from NerdWallet's four major measurables, it seemed to also give the nod to cities with environmentally friendly programs that help to guide the path to sustainability. For example, No. 4 Rochester, N.Y. has established its Project Green, which promises that more than three dozen city blocks will be converted into a “green infrastructure” of open space for community gardens, urban farms, parks and renewable-energy facilities. Additionally, the Rochester Institute of Technology's Golisano Institute of Sustainability provides sustainable production, energy and eco-friendly information technology educational programs.

Cincinnati, OH's standing as the largest city to provide 100-percent renewable energy for its residents in 2012 only added to the 10.9 parks-per-10,000-residents ratio that landed it in the top 10. New Orleans was also noted for its efforts to not just rebuild the city after Hurricane Katrina, but in a green fashion, with more than 2,000 acres of parks and LifeCity, an organization dedicated to supporting businesses with environmentally responsible practices.