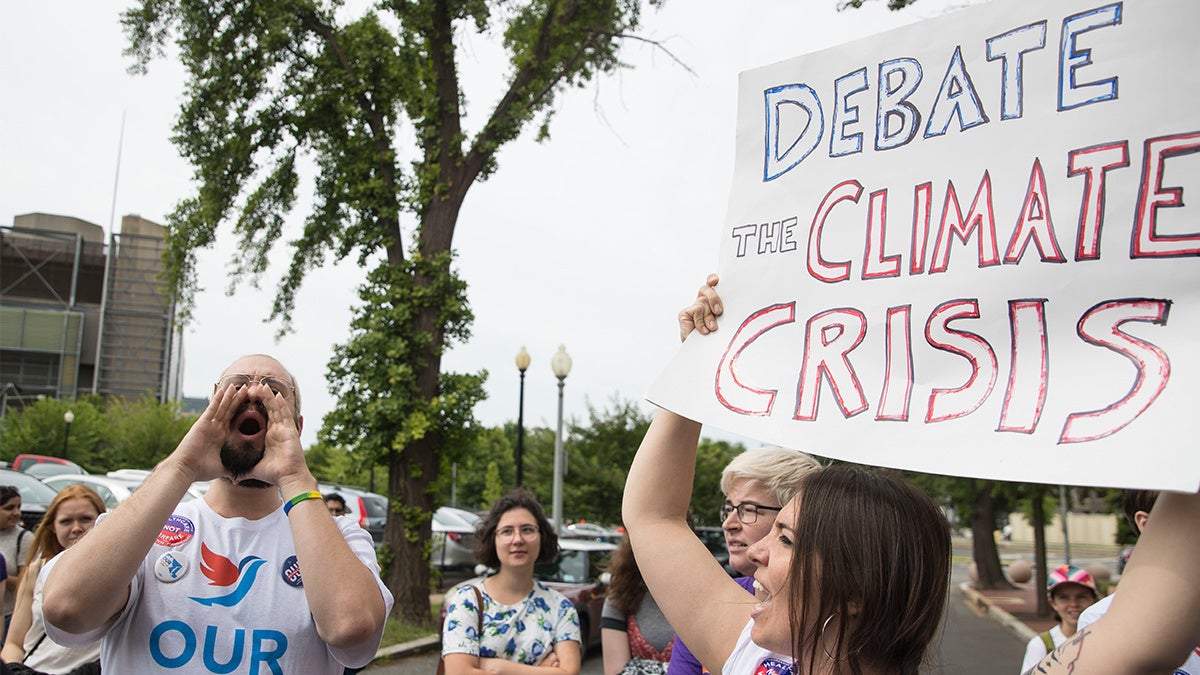 The Democratic National Committee (DNC) voted down a resolution calling for an official, party-sanctioned debate on the climate crisis, ABC News reported Thursday.

Activists have been leaning on the party to sanction such a debate as part of the 2020 Democratic primary, but DNC’s resolutions committee voted 17-8 Thursday against the measure authored by Washington State Democratic Chair Tina Powdowlaski.

“What you found [was] a section of individuals who wanted to be able to have a climate debate and talk about all the intersectional issues, whether that’s jobs, whether it’s health care, whether it’s national security,” Powdowlaski told CBS News. “And what they got was a big stop sign from the DNC.”

The Sunrise Movement, a grassroots group that has led the push both for the Green New Deal and for a climate debate, filled the party conference in San Francisco where the vote was held with up to 100 people, HuffPost reported. Before and after the vote, activists sang the union song “Which Side Are You On?” according to The Mercury News.

“We deserve a chance at a livable future,” one Sunrise activist shouted after the vote, as HuffPost reported. “We deserve a climate debate.”

“If we change our guidelines at the request of one candidate who has made climate change their campaign’s signature issue, how do we say no to the numerous other requests we’ve had?” Perez wrote in a June blog post reported by ABC News. “How do we say no to other candidates in the race who may request debates focused on an issue they’ve made central to their own campaigns?”

Other opponents of the measure questioned why the climate crisis should be given priority over other issues like gun violence or fair elections, and argued it was too late in the election cycle to change the rules to organize single-issue debates generally, CBS reported.

“I think this is dangerous territory in the middle of a primary process,” Symone Sanders, resolutions committee member and senior adviser to Joe Biden, said Thursday, as CBS News reported.

Despite Sanders’ opposition, Joe Biden, like most of the other Democratic primary candidates, has said he would support a climate debate, HuffPost reported.

CNN and MSNBC are both hosting forums on climate change in September, but there is a difference between a debate and a forum, as The Mercury News explained. Forums can be held by third-party groups, but the candidates can only speak one at a time and cannot engage each other directly on their policy proposals. Activists believe that climate policy deserves a full back-and-forth.

“None of the candidates can be on the same stage together,” Powdalaski told CBS News. “And the town hall themselves would be getting one-tenth of the viewership the debates have been getting. So the DNC has basically put a pin in how they feel about the No. 1 issue for voters 18 to 35.”

However, supporters of a climate debate did win a partial victory: The committee passed a resolution allowing a non-DNC sponsored climate forum “with the candidates appearing on the same stage, engaging one another in discussion,” The Mercury News reported. However, it is unclear if DNC rules will actually permit this.

“This partial victory shows the strength of the grassroots movement and the power of young people,” Sunrise Movement spokesperson Sofie Karasek said in a statement reported by HuffPost. “In the coming days and months, we’ll keep fighting to make sure the DNC and Tom Perez treat the climate crisis like the emergency that it is, and give it the airtime and attention that it deserves.”

Supporters of an official climate debate will have another chance to press the issue Saturday at the full DNC general session, according to HuffPost. The Sunrise Movement is still gathering signatures for a petition calling on the DNC to change its mind.