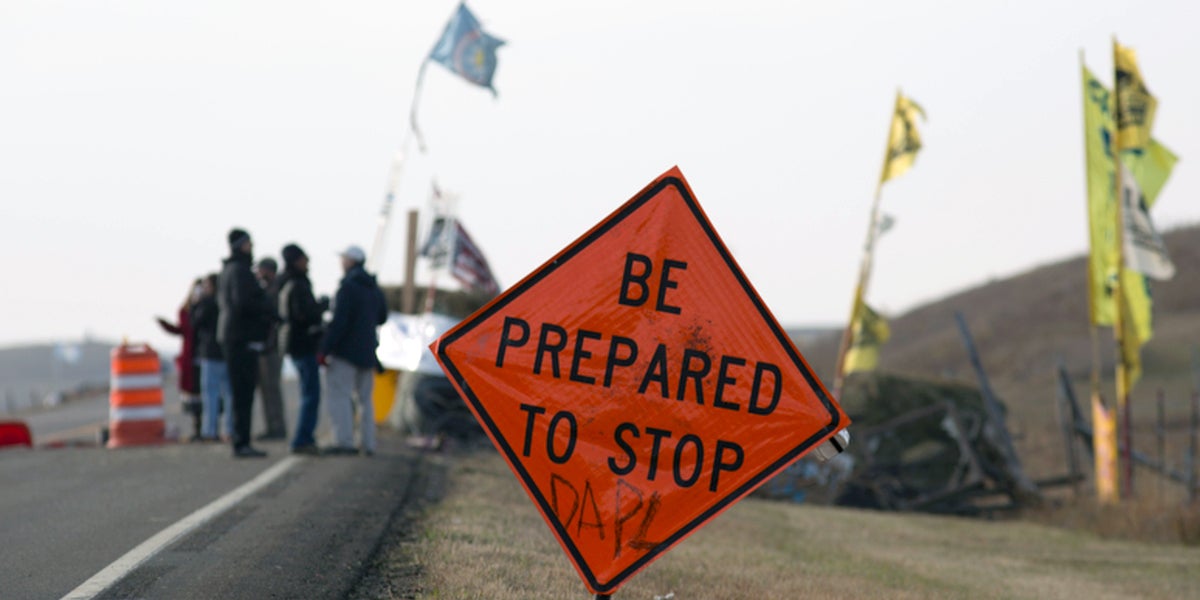 The protests by First Nations against the North Dakota Pipeline are beginning to rattle the funders behind the highly controversial scheme. This means that the pipeline that once seemed unstoppable is increasingly looking vulnerable.

We have news that one of the banks behind the scheme is reconsidering its involvement.

On Monday, the Reuters news agency reported that the Norwegian bank, DNB, which is the country’s largest bank, is “reconsidering its participation” in the financing of the North Dakota Pipeline if “concerns raised by Native American tribes against its construction are not addressed.”

DNB, which is rumored to be loaning just under $350 million or some 10 percent of the cost of the project, said in a statement that the bank is now looking with “worry at how the situation around the pipeline in North Dakota has developed. The bank will therefore take initiative and use its position to bring about a more constructive process to find a solution to the conflict.”

The statement continued: “If these initiatives do not give appeasing answers and results, DNB will consider its further involvement in the financing of the project.” 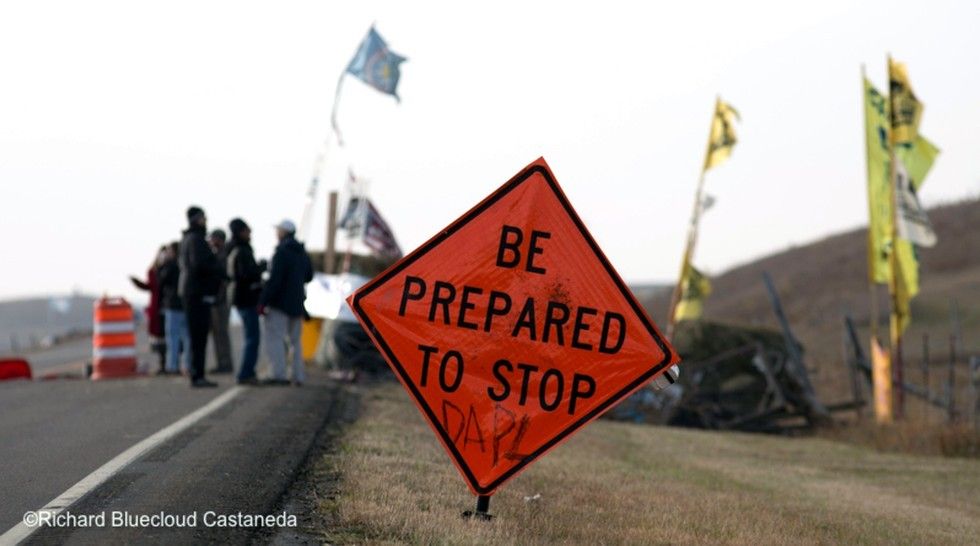 At the moment it is difficult to see how the bank can be constructive, unless it pulls out altogether. The pressure on those building the pipeline continues to grow with continued physical and online protests. The brutal militarized response, with the use of armored vehicles, rubber bullets attack dogs and mace has sent shock-waves around the world.

'I Have Never Seen Anything Like This' via @EcoWatch https://t.co/QXkVYOXl4O pic.twitter.com/HYMmCA6w9W

The violence against the First Nations has gotten so bad that representatives from the United Nations Permanent Forum on Indigenous Issues, has been collecting testimony from the water protectors of excessive violence used against them, unlawful arrests and mistreatment in jail.

Roberto Borrero, a representative of the International Indian Treaty Council said: “When you look at what the international standards are for the treatment of people and you are in a place like the United States, it’s really astounding to hear some of this testimony.”

In response to rumors that the police were using Facebook to monitor the movement of activists, by last week, more than a million people had “checked in” to Standing Rock on Facebook in solidarity.

And the pressure continues to pile up elsewhere too. The latest set-back is that North Dakota regulators are considering filing a complaint against Energy Transfer Partners, the company behind the pipeline, after it was alleged that it had failed to disclose the discovery of Native American symbolic stones on a site where construction was planned.

Julie Fedorchak, chair of the North Dakota public service commission, told the Guardian that the firm had failed to notify the commission of the location of burial ground sites before they were dug up. “I was very disappointed,” said Fedorchak. “We found out from our inspectors. Who knows when we would’ve found out?”

LaDonna Brave Bull Allard, a Standing Rock Sioux tribe member and founder of the Sacred Stone camp, added “They are digging up our sites. They are not following the law.”

It is this kind of culturally insensitive action, coupled with the violence being used against the First Nations, that has made the banks worry. If DNB pulls out it would be a significant setback for Energy Transfer Partners, which would have to seek new secure funding.

Back in the summer the company bragged that it would have completed the pipeline by the end of the year. This now looks highly unlikely.

In a declaration to the court in August, Joey Mahmoud, the Dakota Access vice president, wrote “The long-term transportation contracts give shippers a right to terminate their commitments if (Dakota Access Pipeline) is not in full service per the contract deadline.”

Any delay in the starting of operations would cost about $913 million Mahmoud noted. If the protests continue and DNB pulls out, the pipeline could be in serious trouble.