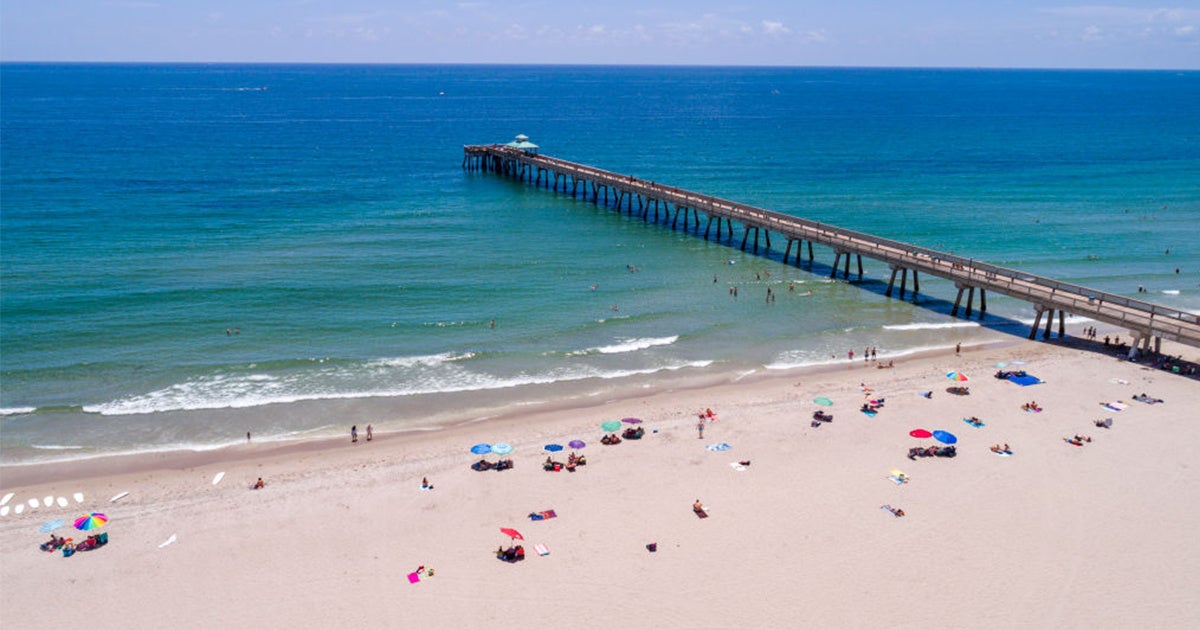 More than 600 people gathered on a Florida beach Saturday to break the world record for the largest underwater cleanup of ocean litter.

Guinness officiator Michael Empric flew down from New York to sign off on the achievement.

“I actually stood there and clicked off everyone as they got in the water … so we know immediately whether or not the record’s been broken,” he told the South Florida Sun Sentinel, as The Independent reported.

In total, 633 people entered the water between 9 and 11 a.m. and stayed beneath the waves for at least 15 minutes. They succeeded in surpassing the previous record of 614, which was set in the Red Sea in 2015 by a team organized by Egyptian Army scuba diver Ahmed Gabr.

The cleanup is an annual event organized by the Dixie Divers and Deerfield Beach Women’s Club. It drew divers from across the country, as well as from Europe and South America, who gathered at the Deerfield Beach International Fishing Pier to remove at least 1,626 pounds of trash and 60 pounds of fishing line, CNN reported.

“It was a great time … Everyone was working together and cleaning up one part of the reef or pier,” diver and organizer Tyler Bourgoine told CNN.

Bourgoine said the total weight of all the trash recovered had not been calculated, and would likely increase. Ocean conservation organization Project AWARE said the divers may have gathered as much as 3,200 pounds. The city will make sure it is all recycled or disposed of correctly.

One of the divers was 13-year-old Dahlia Bolin, who came from Mackinaw, Illinois to participate with her mother. She collected a metal sign reading “Boats Must Not Come Within 100 Yards of Pier.”

“It was at the end of the pier about 20 feet down, just kind of buried in the sand,” Bolin told the South Florida Sun Sentinel, as The Independent reported. “There’s a lot of heavy weights for fishing line down there, but there’s some really beautiful fish, mostly.”

Bourgoine said the two were related.

“That’s one of the reasons why there’s so much debris,” Bourgoine told CNN. “People are constantly fishing there.”

The cleanup responds to growing awareness of a pollution crisis in the world’s oceans, as eight million metric tons of plastic make their way into the marine environment every year.

633 divers came together today to raise awareness about ocean pollution and unite to try and break a #guinessworldrecord for the world’s largest u/w cleanup and they did it!
Thanks to all the divers, participants and organisers @PADI @DixieDivers @GWR #deerbeachpier #florida pic.twitter.com/G3nAeVv7H3

Once in the ocean, the plastic threatens marine life. It kills one million birds and more than 100,000 marine mammals annually.