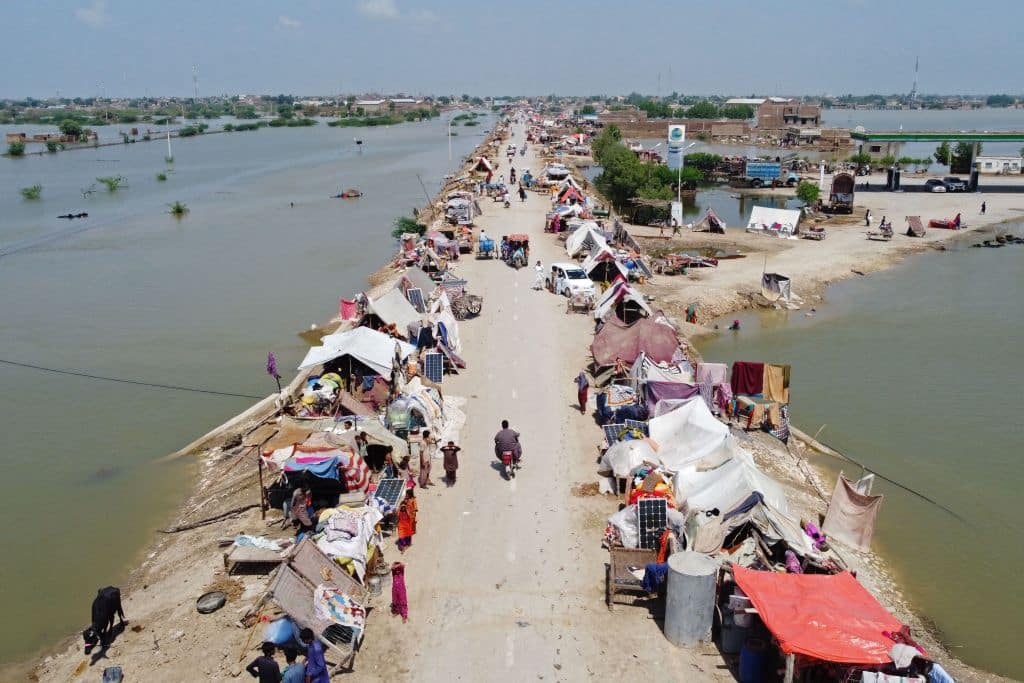 According to Director-General of WHO Tedros Adhanom Ghebreyesus, the catastrophe has been classified as the highest level of emergency, grade 3. This means all three levels of the UN agency participate in the response.

“Floods in Pakistan, drought and famine in the Greater Horn of Africa, and more frequent and intense cyclones in the Pacific and Caribbean all point to the urgent need for action against the existential threat of climate change,” Ghebreyesus said, according to the press release.

Almost 1,200 people have died due to floods caused by months of monsoon rains, reported The Guardian. The flooding has caused damage to more than 880 health facilities throughout Pakistan, leaving millions without medical treatment.

More than 161,000 of those who have been displaced due to the floods are living in relief camps, the UN said.

“Families are now living on the banks of overflowed canals and rivers in ramshackle huts made of bamboo and plastic. They have even been drinking flood water because there is no other option – a recipe for large-scale disease outbreaks. We are doing all we can to reach them,” said Director of WaterAid Pakistan Arif Jabbar Khan, as The Guardian reported.

About 650,000 women who are in areas affected by the flooding need maternal health care, the UN Population Fund said, according to PBS NewsHour.

“Up to 73,000 women expected to deliver next month will need skilled birth attendants, newborn care, and support,” the UN Population Fund said in a statement, as reported by PBS NewsHour.

Pakistan is one of only two countries in the world where polio remains endemic and monitoring for it and other transmissible diseases is being increased.

Pakistan’s government has declared a state of emergency and Ghebreyesus has released $10 million in aid from WHO, the UN press release said. The UN has also launched an international appeal for $160 million to help the flood-ravaged country.

An assessment from WHO and partners found that the devastation in Pakistan is greater than in previous floods, including those in 2010.

The floods are predicted to get worse, and government authorities are providing sessions on communicable diseases. WHO and Pakistan’s health ministry are ramping up monitoring for cholera, acute watery diarrhea and other infectious diseases. WHO is also supplying medical supplies and medicines to operational health facilities.