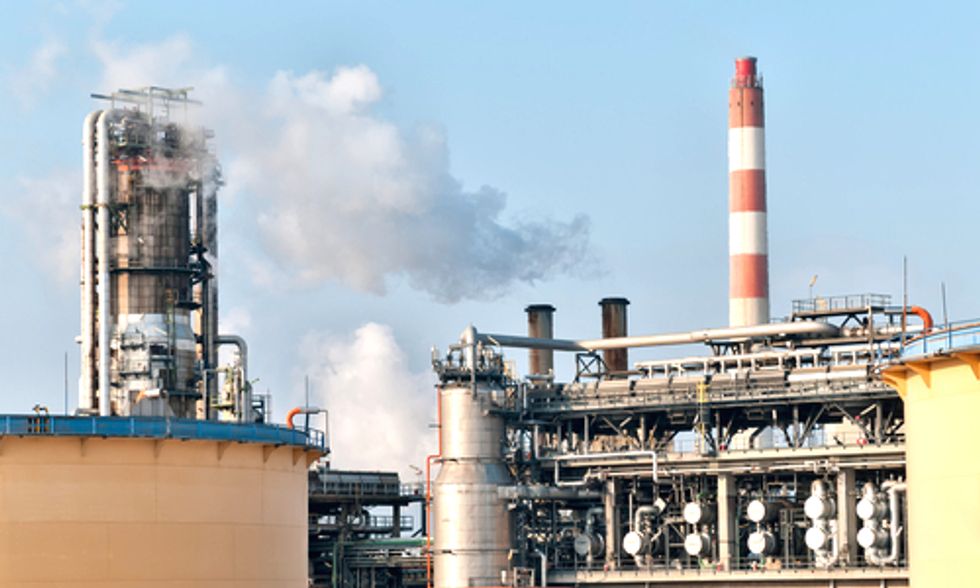 That’s the question asked in a recent report released by the Sierra Club and Oil Change International. From the perspective of the fossil fuel industry, political contributions are just another form of investment. The only difference is that, for the millions polluters spend on elections, they see billions in bonus profits.

As the report says, “The return these polluters are getting on these political investments—in the form of billions in corporate tax handouts—exceed 5,000 percent, demonstrating that Congress remains the best ‘investment’ possible for the coal, oil, and gas industries.”

For dirty fossil fuel companies, a political contribution is just another investment.
Photo courtesy of Shutterstock

The oil and gas industries are among the worst offenders. Between 2009 and 2010, the report estimates that they spent $347 million on lobbying and campaign contributions, and in return netted a handsome $20 billion in federal subsidies. Most of these came in the form of accounting gimmicks that help hide corporate profits and obscure tax breaks that help cover drilling and refining costs. Because of loopholes like these, the actual taxes paid by most big energy companies fall well below the top corporate rate of 35 percent.

You would think that at a time when both Democrats and Republicans are preoccupied with deficits and debt, cutting subsidies for polluters should be an easy move. After all, these are some of the most profitable companies in world history; surely they need government support like Bill Gates needs food stamps. The fact that many of these giveaways are nearly a century old, dating from a time when fossil fuel extraction was a much riskier game, only adds to their irrelevance. At a time of significant fiscal strain, decades-old free money for rich polluters should be the first thing on the chopping block.

Unfortunately, in the new world of campaign finance born after Citizens United and supercharged earlier this month by McCutcheon vs. FEC, money speaks much louder than fiscal and environmental sanity. The report points out that solid majorities of Americans support action on climate change, investment in renewable energy, and a repeal of fossil fuel subsidies. And yet, Congress is arguably in its most rabidly anti-environment phase in U.S. history, voting repeatedly to block action on climate change, cut support for renewable energy, and hobble enforcement of clean air and water provisions.

The only way to solve this disconnect is through a new system of public financing. As such, the Sierra Club and Oil Change International are throwing their weight behind the recently sponsored Government By The People Act, which would allow federal candidates to receive money from small donors matched on a six-to-one basis. This would not end money in politics, or even strip polluters of their ability to purchase influence.

Winning those fights has to be part of a much longer campaign against corporate personhood and the idea of money as free speech. But in the meantime, it would give candidates who share the increasingly pro-environment sentiments of the American people a chance to be heard. Friends of the Earth supports the Government By The People Act and its vision for a more healthy and just world.