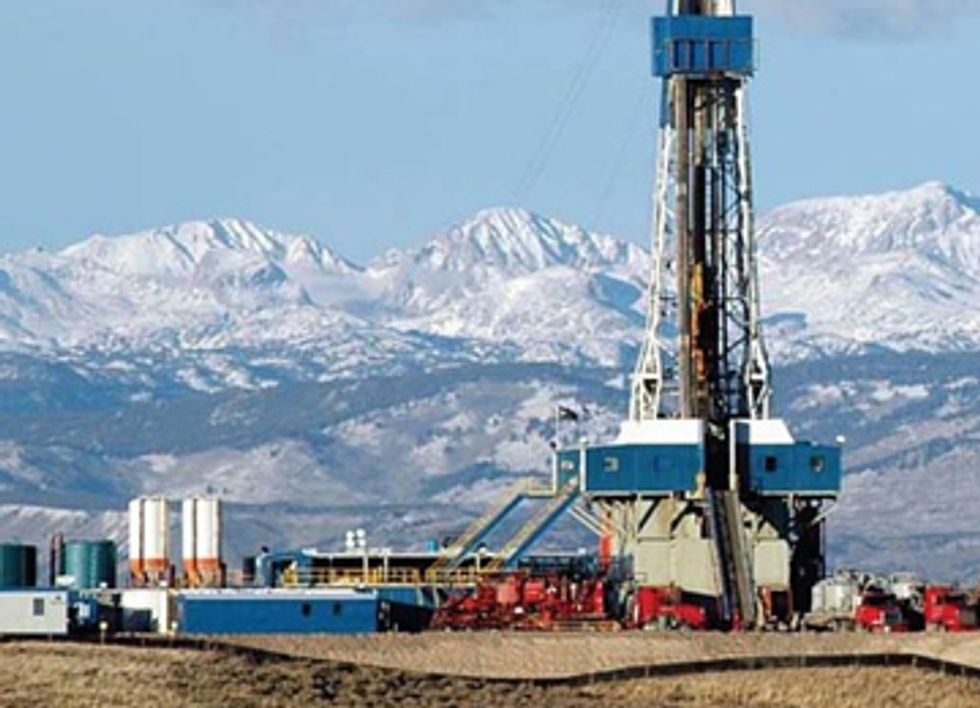 The townspeople in Fort Collins, CO, were greeted with some unfortunate news earlier this week, as their city council decided to overturn a ban on hydraulic fracturing that had been in place for only a few short months. The decision to overturn the ban was based solely on the threat of a lawsuit from the oil and gas industry.

The mere threat of a lawsuit from the only fracking company in town—Prospect Energy—was enough to send the city council cowering in submission, placing the entire town at risk of the negative health impacts associated with fracking.

The gas industry was aided in their efforts by Colorado’s Democratic Gov. John Hickenlooper, who warned the town of Fort Collins that if the ban were to remain in place, they could face legal intervention from the state itself.

Gov. Hickenlooper’s announcement is less than surprising. He has received more than $45,000 from the energy industry during his campaigns, along with another $104,000 from the real estate industry—a sector that stands to gain a lot with the leasing of property to fracking.

Prospect Energy was aided in their efforts by the industry front group Energy in Depth (EID). After the ban was lifted, EID issued a press release saying the following:

The debate in Boulder County should focus on the facts, and the robust and responsible regulations that are already enforced by the state of Colorado, not reckless claims by ideologically motivated activist groups.

But the city council’s decision to allow the ban to expire only sped up the process for the dirty energy industry. The ban would have eventually been overturned by the court system in Colorado. At least two challenges to fracking bans have been brought before the Colorado Supreme Court, and in both instances, the Court sided with the dirty energy industry. This set the precedent for future challenges to be handled swiftly and soundly in the lower courts.

But this raises another important issue, and that is the importance of the American judiciary, the forgotten branch of government. While a few states actually elect their judges, most states (and the federal government) rely on appointments from governors and presidents. If a governor, like Hickenlooper, has received tens of thousands of dollars from the energy industry, it is fairly safe to assume that he’s going to appoint judges who the industry approves, regardless of their party affiliation. As the politician goes, so goes the court.

The town of Fort Collins needs to lawyer up themselves. The second that any toxic fracking fluids leak into their water supply, they need to file suit.

Unfortunately, given the reactionary nature of our country, we only address problems after they occur, but having a team of skilled environmental attorneys on hand will be a necessity for Fort Collins once the fracking begins.