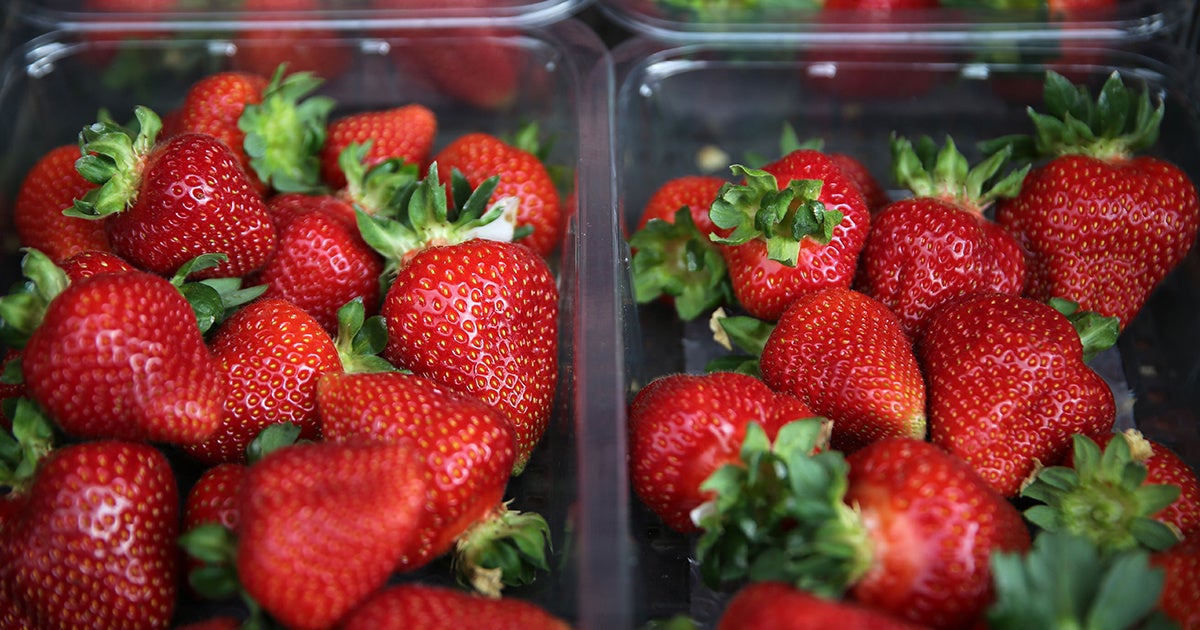 Which conventionally-grown fruits and vegetables in the U.S. are most contaminated with pesticides? That’s the question that the Environmental Working Group answers every year with its “Dirty Dozen” list of produce with the highest concentration of pesticides after being washed or peeled.

This year’s surprise? Kale ranked number three, behind strawberries and spinach. More than 92 percent of conventionally kale samples had residue from two or more pesticides, according to U.S. Department of Agriculture (USDA) tests. The last year that the USDA tested kale was in 2009, when it ranked eighth.

“We were surprised kale had so many pesticides on it, but the test results were unequivocal,” EWG toxicologist Alexis Temkin, Ph.D. said in a statement announcing the new list Wednesday. “Fruits and vegetables are an important part of everyone’s diet, and when it comes to some conventionally grown produce items, such as kale, choosing organic may be a better option.”

EWG’s 2019 Shopper’s Guide to Pesticides in Produce™ is finally here, and you may be shocked at which healthy favorite ranked high on the Dirty Dozen™ list. Have a look at the full guide here: https://t.co/lwdGJIU8f0 pic.twitter.com/JW2yra7sRb

The “Dirty Dozen” is part of the EWG’s annual “Shopper’s Guide to Pesticides in Produce,” which also includes a “Clean Fifteen” list of the produce with the least amount of pesticide residue. Topping that list were avocados, sweet corn and pineapples.

The lists are based on more than 40,900 fruit and vegetable samples tested by the USDA and the Food and Drug Administration (FDA). Overall, pesticides were found on nearly 70 percent of non-organic produce sold in the U.S., according to EWG. One of the pesticides found was Dacthal, which was found on nearly 60 percent of kale samples. It has been found by the U.S. Environmental Protection Agency to possibly cause cancer in humans and has been banned from being used on crops in the EU since 2009. Another chemical found on apples, diphenylamine, has also been banned in the EU over cancer concerns.

Apples are back near the top of the #DirtyDozen™ list. What keeps them in that position? A chemical called diphenylamine. It has been banned in the EU due to links to stomach and esophageal cancers. What are your options for safer apples? Find out here: https://t.co/zGMi5mw6p3 pic.twitter.com/HF2q8nNwOr

Exposure to pesticides is especially dangerous for young children, EWG noted, since they are still developing. The American Academy of Pediatrics has noted there are reasons to be worried about pesticide exposure in young children, especially before birth, since exposure may lead to developmental and behavioral issues, CNN reported.

“Even low levels of pesticide exposure can be harmful to children,” pediatrician Dr. Philip Landrigan said in the EWG statement. “When possible, parents and caregivers should take steps to lower children’s exposures to pesticides while still feeding them diets rich in healthy fruits and vegetables.”

However, Alliance for Food and Farming Executive Director Teresa Thorne told CNN that consumers shouldn’t be afraid to buy food on the list, pointing to one study that criticized EWG’s list and had found that eating organic did not reduce risk.

“That’s largely because residues are so low, if present at all,” she said.

However, New York University Medical School environmental medicine specialist Leonardo Trasande told The Guardian that the list was “widely respected’ and was a useful guide for those wanting to know which fruits and vegetables to buy organic.

If buying organic is not affordable or possible, though, EWG still advises consumers to eat their veggies.

“The health benefits of a diet rich in fruits and vegetables outweigh the risks of pesticide exposure,” EWG research analyst Carla Burns said.