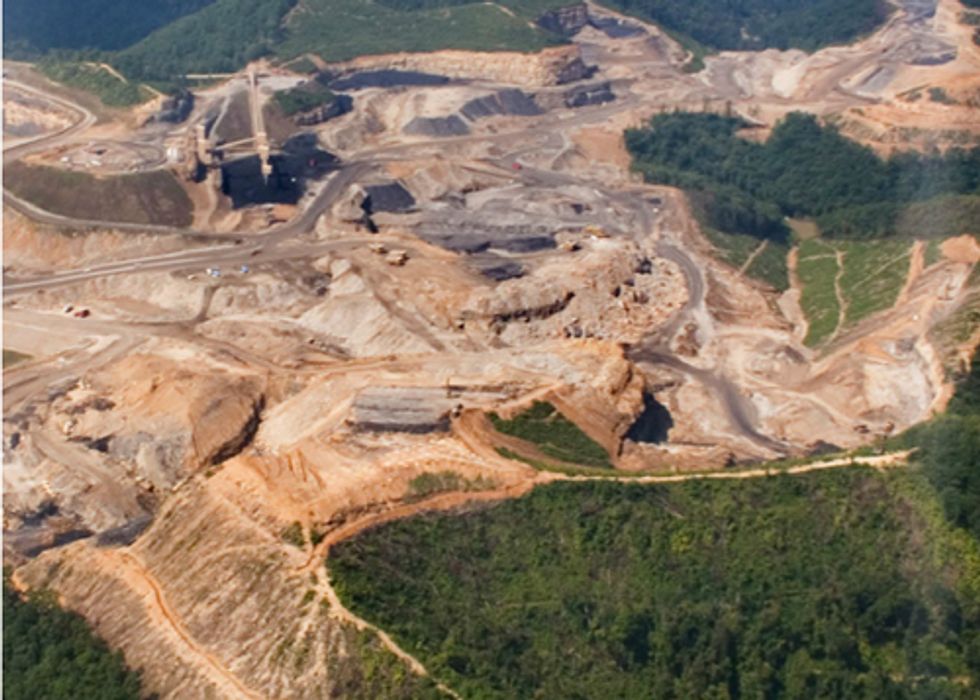 This week, Rainforest Action Network (RAN), Sierra Club and BankTrack released the fourth annual coal finance report card, Extreme Investments: U.S Banks and the Coal Industry. The report finds that in 2012, the banking sector financed $20.8 billion for the dirtiest coal companies, even as U.S. coal consumption for power generation fell 11 percent and as mounting scientific evidence confirmed coal’s extreme impact on health and climate change. It ranks Bank of America, Citigroup and JPMorgan Chase as the top three financiers of the “worst of the worst” coal companies, including operators of coal-fired power plants and mountaintop removal (MTR) coal mines.

The report also found that the top three U.S. financiers of the coal industry—Bank of America, Citigroup and Chase—collectively financed an estimated $9 billion for mountaintop removal mining companies and the most coal-intensive power utilities last year. The report details how financial practices failed to address risks and impacts of an industry in decline and underscores the need for banks to take steps to reduce exposure to coal.

"The bottom line is, any bank funding coal puts our health and the climate at risk,” said Ben Collins, research and policy campaigner for Rainforest Action Network's energy and finance program. “The acute environmental and financial risks of coal have already begun to materialize. For the health of our communities and the sake of our future energy supply, banks must take clear, measurable steps to address the impacts of their coal financing.”

The report includes case studies on the most risky coal investments banks are exposed to, including Patriot Coal, which declared bankruptcy in 2012 and began to phase out its MTR mining operations, and the Tennessee Valley Authority, which recently announced controversial plans to extend the life of a coal plant.

“Mountaintop removal coal mining brings destruction, health problems and human rights violations to the people of Appalachia,” said Mark Kresowik, the corporate accountability representative for the Sierra Club's national coal campaign. “Eastern operations like those at Arch Coal and Alpha Natural Resources are awful investments for the American banking industry. In fact, shares of companies with MTR mines lost an average of 40 percent of their value between April 2012 and April 2013 and only one of the 13 largest MTR companies had an S&P credit rating above ‘junk.’ It’s time for our banks to invest in smart, clean alternatives that don’t risk our health or the health of our economy.”

The report points out that while many of the banks have adopted environmental policies and due diligence processes, these have had little measurable impact on financing provided to the most polluting coal companies. One notable exception was Wells Fargo bank, which demonstrated substantive improvements in its mountaintop removal lending practices in 2012, resulting in a “C” grade.

Of the banks graded for 2013, BNY Mellon received the lowest grades, failing in both categories of exposure to mountaintop removal mining and coal fired power plants. Goldman Sachs and US Bank received two “D’s” and PNC Financial failed for its coal power financing. Bank of America and Citigroup tied for most exposure to mountaintop removal, financing companies that mined 42 percent of all MTR coal produced in 2012.

The report finds that the environmental, social and financial risks involved with the entire life cycle of coal from mining, to production to export are likely to grow even more acute over time. It urges banks to shift financing toward clean energy and plan for a carbon constrained future. Specific recommendations include phasing out lending to the largest producers of mountaintop removal coal, ensuring that coal financing deals commit banks and companies to emissions reductions and withholding financing for new coal export terminals.