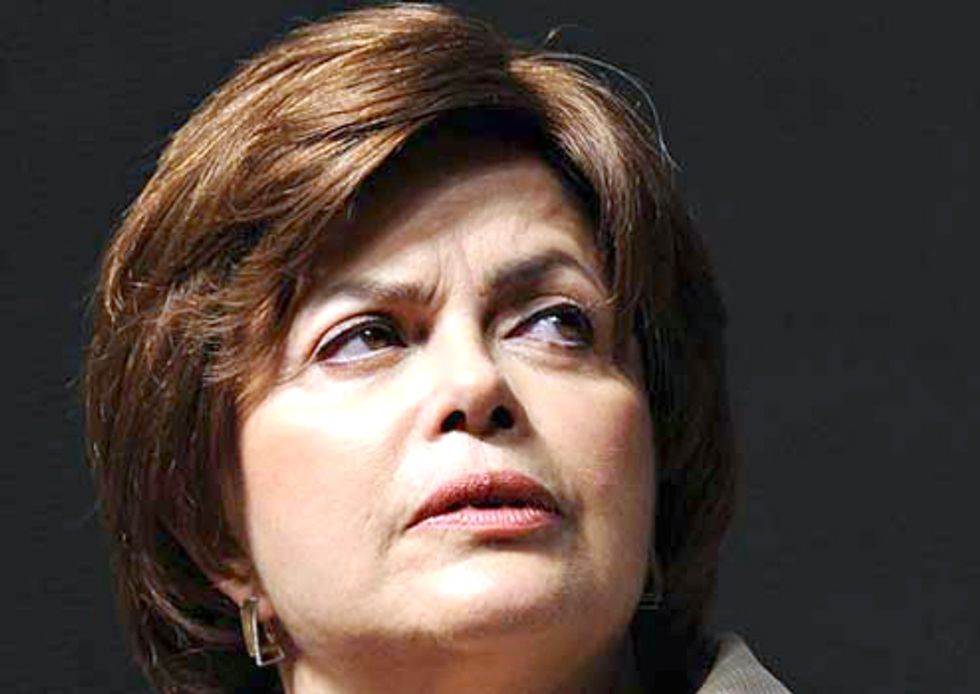 Are those of us concerned about the growing and dire threats to the Amazon and its peoples fantasizing about President Dilma Rousseff's dismal socio-environmental policies? She seems to think so. This week she belittled the critiques of leading Brazilian human rights and environmental organizations, calling their objections to her government's disastrous plans to extensively dam the Amazon's rivers a "fantasy."

Telling assembled representatives of 36 NGOs that their concerns about her government's unprecedented backsliding on socio-environmental issues are "absurdly ethereal or fanciful," Dilma has launched a counter-offensive to the growing and well-deserved criticisms that she is presiding over a catastrophic dismantling of the hard-won social and environmental gains enshrined in Brazil's 1988 constitution.

The timing of this vitriol is not accidental—in the months preceding the Rio+20 conference the Brazilian government urgently needs to reinforce its credentials as a country that has balanced economic growth and poverty reduction with respect for environmental sustainability and human rights. However, Dilma may find it challenging to keep the wool pulled over our eyes; disasters like the gutting of Brazil's conservationist Forest Code and the illegal construction of the Belo Monte dam on the Amazon's Xingu River irrefutably undermine her government's socio-environmental record.

In response to President Dilma's outlandish comments, the coordinator of the Brazilian NGO Vitae Civilis stated, "fantasy is pretending that there are no limits" to growth at the expense of the environment, affirming that Brazil's flagrant inconsistencies between rhetoric and reality will be an easy target for critics during the Rio+20 conference. Leading Brazilian physicist José Goldemburg reiterated this sentiment, claiming that Dilma is a "bad omen" for Rio+20 and asserting, "we hoped that Brazil would assume a leadership role, but this is not materializing. Brazil will end up exposed to ridicule."

When she visits Washington, D.C. next week, President Dilma carries a growing polemic provoked by her government's immoral steamrolling of the Belo Monte dam and its sanctioning of the catastrophic changes to the Forest Code, two emblematic cases that represent severe and escalating threats to the Amazon and its people. If she thinks her dismissive attitude towards the urgent concerns voiced by the Brazilian and international community will strengthen her government's standing at Rio+20, perhaps she is toying with fantasy.

In solidarity with Brazilian groups demanding a new direction for their government's stewardship of critical environmental and human rights issues, Amazon Watch and our allies in Washington, D.C. plan to greet President Dilma Rousseff next week with the kind of scrutiny and condemnation she has earned.