Did the Canadian Government Break the Law by Approving GE Salmon? 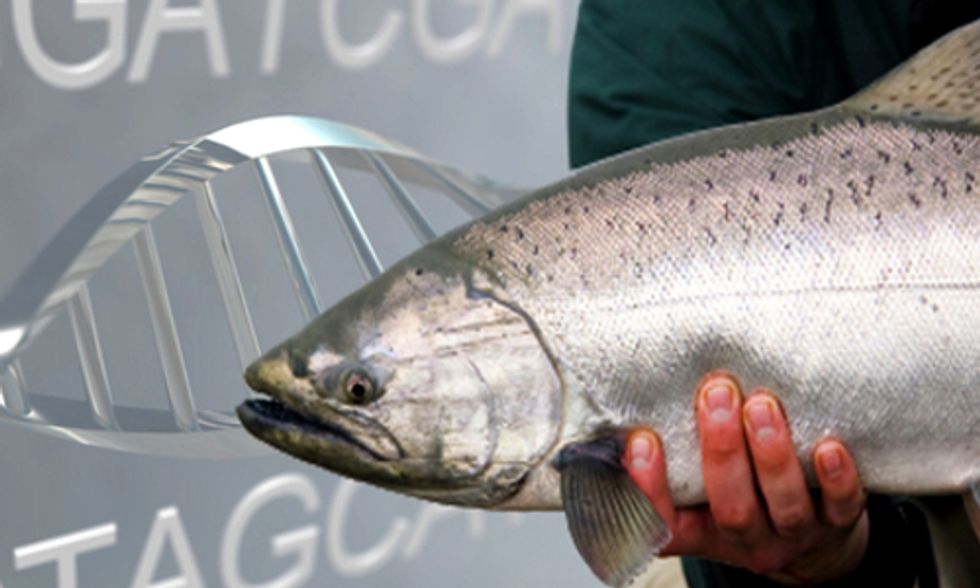 The groups are asking the court to invalidate the assessment of AquaBounty's GE salmon, and require the government to comply with the law before permitting the production of GE organisms.

AquaBounty alleges that it will grow the GE salmon eggs in Prince Edward Island (P.E.I.) and then transport them to Panama, where they will grow to full size and then be shipped back to U.S. markets. However, the approval would also allow the production and grow out of the genetically engineered salmon elsewhere in Canada. The controversial GE fish has been proposed for approval by the U.S. Food and Drug Administration (FDA), but the agency has yet to make a final decision.

“This case is an important step in preserving native salmon populations and the environment from an unwanted, untested, novel threat," said Andrew Kimbrell, executive director for CFS. “The short-sighted and unlawful approval by Canadian officials must be addressed, and we commend our colleagues in Canada for holding their government, and AquaBounty, accountable.”

“Unfortunately, it looks like the Canadian government, like the U.S. Food and Drug Administration, is failing to acknowledge the real threat GE salmon poses to the environment,” said Wenonah Hauter, executive director of Food & Water Watch. “Today’s challenge of the approval of GE salmon is an important effort to protect the public in both Canada and the U.S. from this unnecessary risk.”

The main legal arguments of the case are based on the Canadian Environmental Protection Act. The groups assert the approval is unlawful because, among other reasons, it failed to assess whether genetically engineered salmon will become invasive, putting ecosystems and species such as wild salmon at risk. The groups also alleged the government acted unlawfully in purporting to complete an assessment of whether AquAdvantage salmon is toxic or capable of becoming toxic without obtaining all information required by the law.

In addition, the groups allege the Minister of the Environment had no jurisdiction to publish a notice setting out permitted uses, based on the incomplete toxicity assessment of AquAdvantage salmon. The groups are asking the court to invalidate the assessment, and require the government to comply with the law before permitting the production of these genetically engineered organisms.

“It is becoming increasingly clear that Canadian and U.S. regulators are asleep at the wheel and are failing in their duty to conduct proper assessments that put people and the environment first,” said Lisa Archer, food and technology program director at Friends of the Earth-U.S. “It’s therefore not surprising that polls show the majority of consumers don’t want this risky fish.”

Center for Food Safety, Food & Water Watch and Friends of the Earth-US have long opposed the potential approval of GE salmon, successfully spearheading U.S. campaigns for over thirteen years. Most recently, in response to the latest FDA proposal, CFS filed extensive legal and scientific comments detailing why the proposal was contrary to sound science and responsible governance. Nearly 2 million people have filed objections to the FDA’s proposed approval.