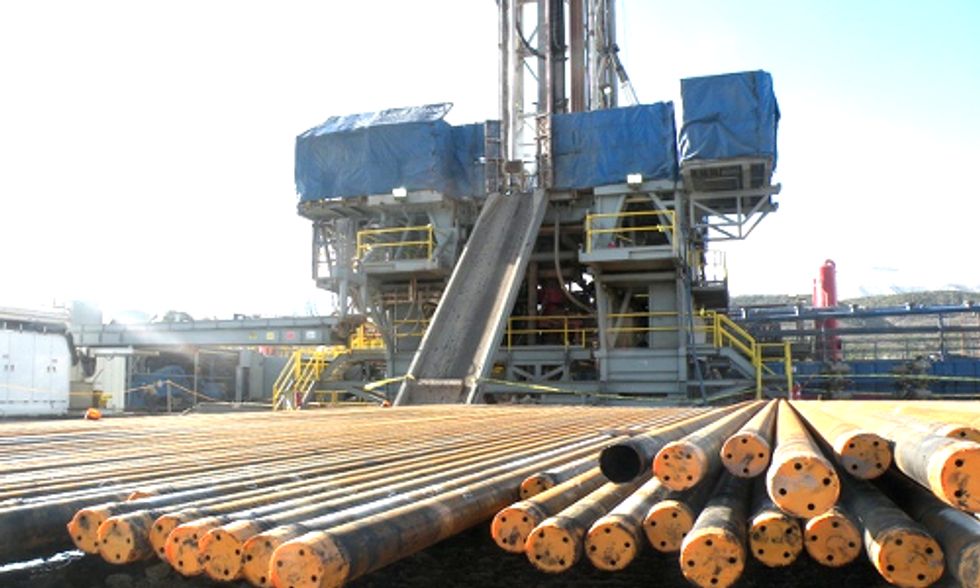 The Ohio Department of Natural Resources (ODNR) has ordered Texas-based energy company Hilcorp to halt all fracking operations in Mahoning County after at least four earthquakes shook the area on Monday.

A magnitude 3.0 earthquake at 2:26 a.m. and a magnitude 2.6 at 11:45 a.m. on March 10 were among those reported in Poland Township just south of Youngstown near a fracking site with seven drilling wells, according to the U.S. Geological Survey.

“It’s an area which (before 2011) had no history of earthquakes,” John Armbruster, a retired Columbia University geology professor, told the Columbus Dispatch. “It looks very, very suspicious.”

Ohio Department of Natural Resources personnel say earthquakes near Youngstown are not related to injection wells, but some have a different opinion. Photo credit: Ecopolitologist/Flickr

The ODNR has stressed that the order to suspend drilling was precautionary and that the earthquakes were not related to fracking waste-injection wells which were tied to severe earthquakes near Youngstown in 2011. Armbruster monitored those wells along with Ohio officials.

"We are in the process of analyzing the data," Mark Bruce, an ODNR spokesman, said in a statement. "All available information indicates the events are not connected to Class II injection activities.

“Out of an abundance of caution, we notified the only oil and gas operator in the area and ordered them to halt all operations until further assessment can take place.”

However, Dr. Ray Beiersdorfer of Youngstown State University has issued an open letter suggesting that the epicenters of the quakes are even closer to the fracking site than originally reported.

"Simply put, the longitude, latitude and depth of the shale well laterals are within a few thousand feet from the epicenters of the earthquakes," he wrote.

He also questions the state and Hilcorp's swift denial that the temblors are related to the injection wells.

"Reading between the lines both the regulator and company seem to be implying that by, ruling out injection induced seismicity this somehow rules out other forms of human-induced seismicity, such as the fracking that was going on at the same time and same location as the earthquakes," he wrote.

ODNR has not provided any more information since its halting order earlier this year.

In 2012, more than 14 million barrels of toxic waste from oil and gas drilling were injected into the ground in Ohio’s Class II disposal wells, with 8.16 million barrels of waste from other states. Wastewater injection wells pose a series of threats to public health and the environment, including groundwater contamination.