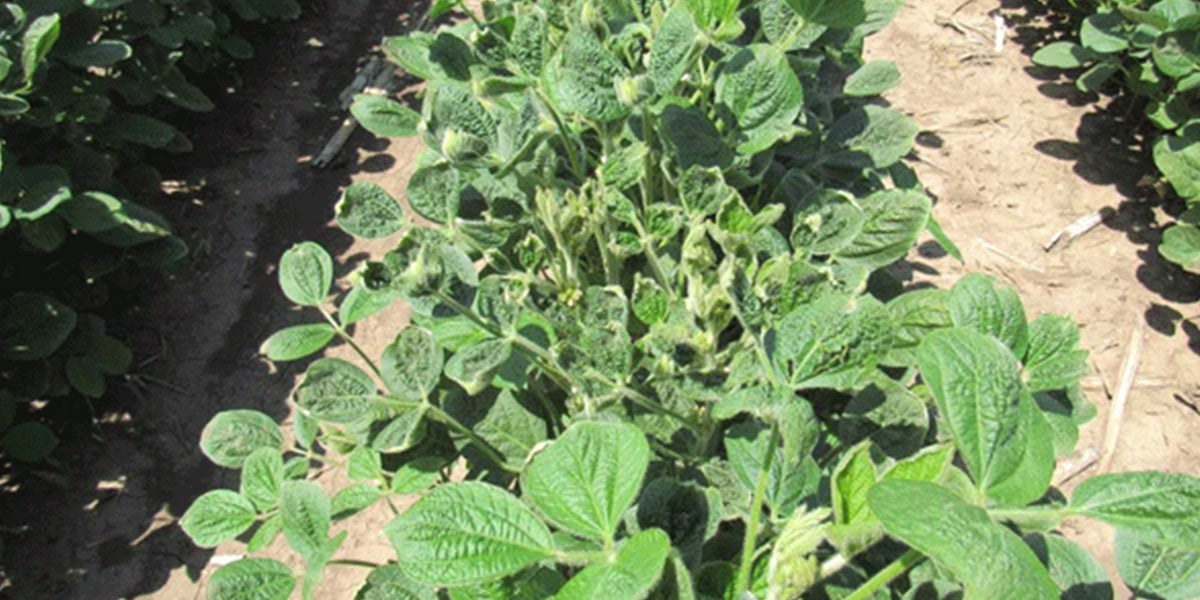 This could potentially hurt
Monsanto, which along with DowDupont and BASF SE, makes dicamba formulations to use on Monsanto’s Xtend seeds that are genetically engineered to resist applications of the weedkiller. Beck’s Hybrids and Stine Seed, as well as other companies, sell those seeds.

The push from the two companies comes after a University of Missouri report in July that estimated 1.1 million acres of non-resistant soybeans have been accidentally damaged by dicamba this year so far. Off-target damage has also been reported on other agricultural crops, trees and plants. In 2017, the highly volatile chemical damaged a reported 3.6 million acres of crops, according to the University of Missouri.

Crop injuries have surfaced despite efforts from the EPA and many states that have introduced
restrictions to prevent off-target dicamba damage.

“I’ve been doing this for 50 years and we’ve never had anything be as damaging as this dicamba situation,” Stine Seed founder and CEO Harry Stine told Reuters. “In this case, Monsanto made an error.”

Monsanto, which was purchased for $63 billion by German chemicals and pharmaceuticals giant Bayer, has been
sharply criticized for selling its dicamba-tolerant Xtend seeds before securing EPA approval for the herbicide designed to go along with it. Monsanto developed the Xtend system to address superweeds that have grown resistant to glyphosate, the main ingredient in Roundup.

In a June 27 letter to the EPA, Beck’s urged the EPA to modify the current dicamba label on Xtend crops to only allow usage as a pre-plant option and disallow in-season applications.

Beck’s is committed to offering farmers choices. We support the use of Xtend soybeans but we believe that sharing our concerns with the EPA was the right thing to do for all of ag due to the harm dicamba has caused other farmers & the non-farm environment. Full response below. pic.twitter.com/bli6KJVclr

Monsanto and BASF told Reuters that farmers need dicamba to beat back weeds. DowDuPont did not offer a comment in the report. The companies have said their products can be safely used with proper training and if farmers adhere to label instructions.

But in a Beck’s poll of 690 farmers, only 22.6 percent said the label should be kept the way it currently reads, according to a Aug. 10
statement from Beck’s CEO Sonny Beck and President Scott Beck.

“There is still a significant amount of dicamba complaints in 2018 as there was in 2017. It appears that although people may follow the label, the product continues to move off-target,” they said.

In a
blog post this week, Bob Hartzler, an Iowa State University (ISU) professor of agronomy and an extension weed specialist, said off-target dicamba injury has continued despite new label restrictions and mandatory training for applicators.

“The majority of growers using the Xtend system are happy with the increased performance in weed control obtained with dicamba compared to alternatives,” he wrote. “However, one ISU Extension and Outreach agronomist stated that farmers planting non-dicamba resistant soybean ‘are really upset with the continued off-target movement of dicamba.'”

He noted that while less than 5 percent of Iowa’s nearly 10 million soybean acres have been injured by dicamba, “if you are a farmer whose crop has been damaged by dicamba, the fact that the majority of soybean in the state were not affected is of little consolation.”

Hartzler said that efforts to limit crop injuries have been unsuccessful. “It is my opinion that the new label restrictions placed following the 2017 growing season, and the training required for applicators of the new dicamba products, has failed to reduce off-target problems to an acceptable level.”

Dicamba’s federal approval is subject to expiration this fall, during which the EPA will decide whether to renew the registration or let it expire.