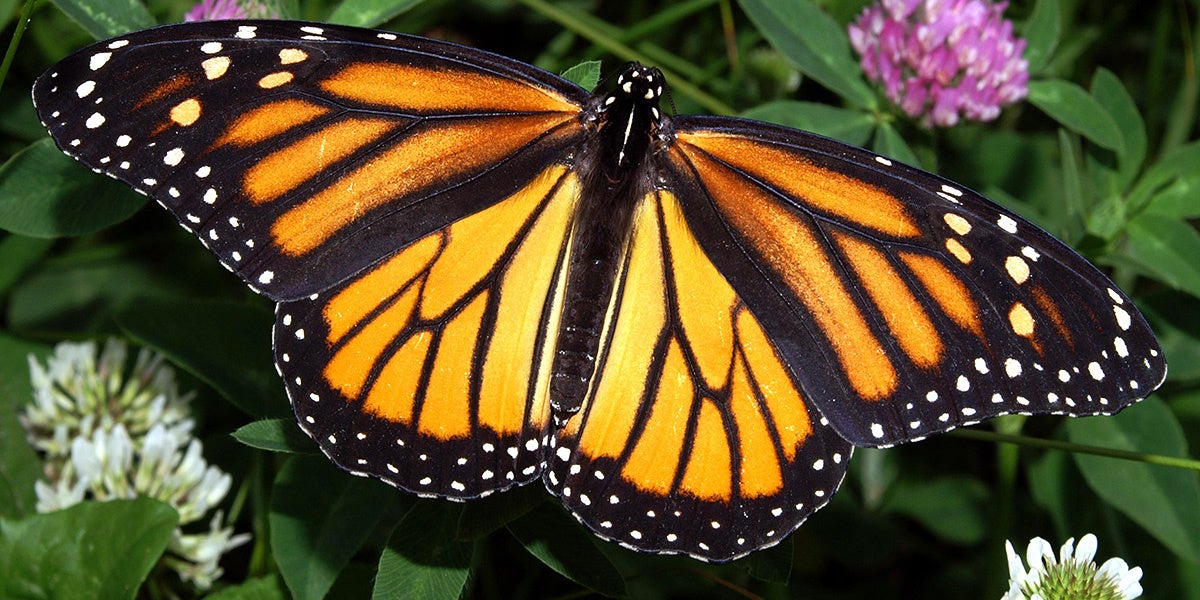 Dicamba—a drift-prone herbicide linked to millions of acres of off-target crop damage across in 17 states—destroys mostly everything in its path except the crops that are genetically engineered to resist it. It’s so damaging that several states, including Arkansas, Tennessee and Missouri have introduced temporary bans on the weedkiller.

There’s now another reason to worry about the controversial chemical. It’s particularly harmful to milkweed, the only host plant for the iconic and already at-risk
monarch buttery.

In a new report publisehd Thursday, researchers with the
Center for Biological Diversity warn that the expanded use of dicamba, which is projected to increase by nearly 100-fold on cotton and soybean fields, will put more than 60 million acres of monarch habitat at risk by 2019.

BREAKING: In our new report we found that within two years, dicamba will be used on more than 60 million acres of crops, destroying milkweed, the only food for monarch caterpillars. This is a direct threat to the survival of the monarch.

Here are some key findings from the paper:

Populations of the once-common butterfly
have plummeted approximately 80 percent in just the last two decades. A major threat to the species is its loss of habitat due to the lack of availability of milkweed through land conversion for agriculture, removal of native plants and the use of pesticides.

“America’s monarchs are already in serious trouble, and this will push them into absolute crisis,” said Nathan Donley, a senior scientist at the Center for Biological Diversity, and author of the report, A Menace to Monarchs.

“It’s appalling that the EPA approved this spraying without bothering to consider the permanent damage it will do to these butterflies and their migration routes.”

The paper notes that in 2016, the U.S. Environmental Protection Agency’s approval for expanded use of dicamba included nearly 500 pages of ecological analyses, but “glaringly omitted any mention or examination of the threat to monarchs.”

For the study, the researchers examined monarch habitat and projected dicamba usage rates in the coming years, which is estimated to reach about 57 million pounds annually. They produced an
interactive map showing the locations and time when monarch eggs and larva were sighted, along with the locations and timing of when cotton and soybean crops may be sprayed with dicamba.

The Center for Biological Diversity says the EPA has refused to take the necessary action to address the harms caused by the chemical.

“There’s no question that use of dicamba across tens of millions of acres will deepen risks to our dangerously imperiled monarch populations,” said Donley. “When dicamba’s use on GE cotton and soybeans comes up for reapproval later this year, the only responsible thing for the EPA to do is allow that approval to expire.”

From the study: “This indicates that dicamba will be used across the South, East and Midwest at the precise time of year when milkweed is absolutely essential to perpetuate the northern migration of monarchs.”