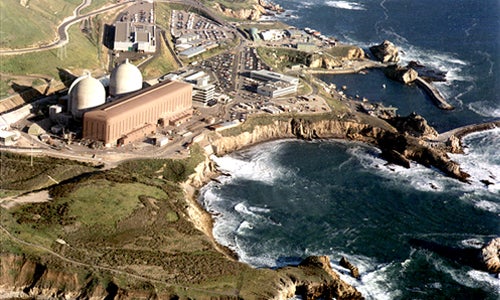 As worldwide headlines have proclaimed, California’s Pacific Gas & Electric (PG&E) says it will shut its giant Diablo Canyon reactors near San Luis Obispo, and that the power they’ve been producing will be replaced by renewable energy.

PG&E has also earmarked some $350 million to “retain and retrain” Diablo’s workforce, whose union has signed on to the deal, which was crafted in large part by major environmental groups.

On a global scale, in many important ways, this marks the highest profile step yet towards the death of U.S. nuclear power and a national transition to a Solartopian green-powered planet. 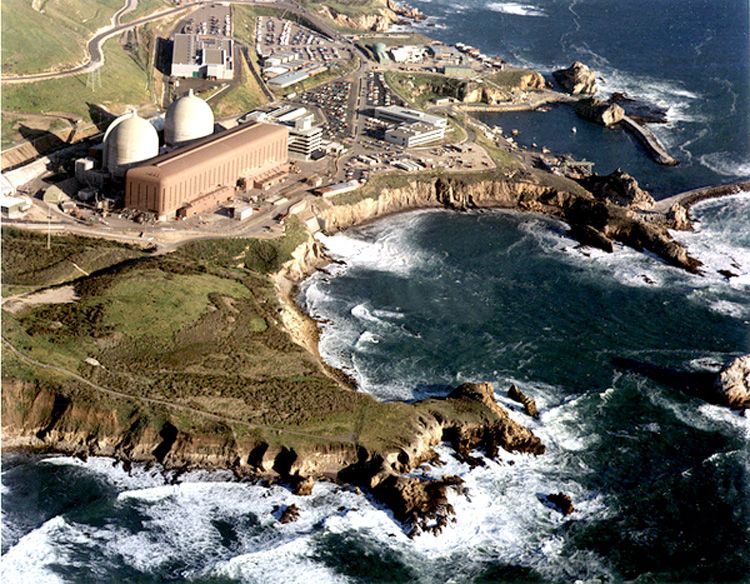 For Californians, as we shall see, there’s an army of devils in the details, which cannot be ignored. But let’s deal with the big picture first.

The three most important lines on nuke power’s Diablo tombstone may be these:

1. A major U.S. utility has admitted that the energy from a nuke—one of the world’s biggest—can be effectively replaced with renewables.

Over the past decade the nuke industry has spent more than $500,000,000 hyping an utterly failed “nuclear renaissance” partly on the premise that green power can’t make up for the energy production lost by shutting reactors. One of the world’s top nuclear utilities has now signed a major public document saying that this is not true.

2. A major union has approved an agreement that provides retraining for soon-to-be-displaced workers at a soon-to-be-shut nuke.

For years the International Brotherhood of Electrical Workers (IBEW) and other unions representing atomic workers have fought reactor shut-downs because of lost jobs. The IBEW’s partnership in this agreement shows that with planning and funding, a smooth transition for displaced reactor workforces can be charted.

3. The agreement was crafted with leadership from two major national environmental organizations—Friends of the Earth (FOE) and the Natural Resources Defense Council (NRDC).

The corporate “nuclear renaissance” hype has conjured up a cadre of “environmentalists for nuclear power.” Like clockwork the corporate media breathlessly reports from time to time that formerly green activists are now flocking like lemmings to the atomic sea.

Thus the Wall Street Journal recently published a major feature alleging a pro-nuke shift at the Sierra Club, which it then mutated into yet another re-run of the “greens for atoms” meme. The piece was sharply denounced by Sierra Club’s executive director Michael Brune, who reaffirmed the club’s staunch opposition to nuke power.

As environmental mainstays, FOE and NRDC’s role in this Diablo agreement re-confirms the core stance of a green community whose “No Nukes” stance has deepened since Fukushima and with the rise of renewables. Greenpeace, the Abalone Alliance, Mothers for Peace, Alliance 4 Nuclear Responsibility, World Business Academy in Santa Barbara and many others hold more fiercely than ever to the anti-nuke/pro-renewables positions they’ve sustained for decades.

A tiny, top-down “greens for nukes” front group is currently shouting around California in support of Diablo. But this agreement renders the “atomic environmentalist” charade even more marginal.

Meanwhile corporate media outlets throughout U.S. have accepted this Diablo news as nuclear power’s definitive death notice. The SFGate called it the “End of an Atomic Era.” I saw it reported that way on a streaming news wire high above downtown Cleveland. What Linda Seeley, a multi-decade veteran of the San Luis Obispo Mothers for Peace, thought was a local radio interview went nationwide on NPR.

Closing Diablo will make our largest state nuke-free. The agreement embodies the sixth and seventh U.S. reactor shut-downs announced in the last month, the fifteenth and sixteenth since 2012. WPPSS2, the only other operating reactor on the west coast, is bleeding cash and may be among the next to go.

Safe energy activists can warmly embrace this announcement. More have been arrested at Diablo than any other U.S nuke. This would never have happened without citizen activism.

So all you tried and true “No Nukes” greenies … go out and have a party!

But … then listen to the rest of the news, and get back to work.

• What PG&E has actually announced is something that’s been expected for quite a while, which is that it won’t pursue NRC re-licensing. The agreement thus predicts closures in 2024 and 2025, when Diablo’s current licenses expire.

• But unlicensed operations continue at New York’s Indian Point. Fail-proof legal safeguards are needed to make sure that doesn’t happen at Diablo.

• The agreement comes just prior to a crucial June 28 hearing in front of the California State Lands Commission. PG&E wants the State Land Commission to renew leases issued in 1969 and 1970 that allow Diablo’s cooling systems to pollute coastal territory. Just after that, then-Gov. Ronald Reagan signed the California Environmental Quality Act, imposing a wide range of requirements and reporting on state lands. Diablo can’t meet those requirements, and PG&E doesn’t want to do the studies.

At least two of the three commissioners have indicated they would expect PG&E to now comply with CEQA. But many fear this agreement might incline them to now let those requirements go unenforced until the alleged new shut-down date, rather than forcing the reactors to close in 2018 and 2019, when the leases expire. Grassroots activists are circulating petitions and exerting as much pressure as they can to make sure the commissioners hold the line.

• PG&E is now in what amounts to a federal murder trial, and may hope this agreement will soften the prosecution. Despite repeated warnings, in 2010 the company’s badly maintained gas network blew up in San Bruno. It killed eight people through what amounts to criminal negligence. The usually docile California Public Utilities Commission has already fined the company $1.4 billion. PG&E executives may see this agreement as something of a federal plea bargain in an extremely serious prosecution.

• Worldwide studies show cancer and infant disease rates climb when reactors open, and decline when they shut. Such numbers have been confirmed at Diablo and at Rancho Seco in studies commissioned by the World Business Academy, which warns that the longer Diablo operates, the more the public health will suffer.

• Diablo is in clear violation of state and federal water quality laws. It daily sucks in 2.5 billion gallons of sea water which it returns far hotter (18-20 degrees Farenheit) than allowable. Regulatory hearings on the near horizon would tell whether PG&E will be forced to build cooling towers to spew the heat into the air instead of the water. Cooling tower cost estimates range from $2 billion to $14 billion. Should the towers be required, PG&E would face a wild melee over who’d pay for them. But faced with a shut-down date, regulators might just let Diablo continue in violation (as has been done at New Jersey’s Oyster Creek).

• PG&E may be short hundreds of millions of dollars in funds necessary to decommission Diablo. Bitter disputes have already erupted over decommissioning San Onofre and other down U.S. reactors, including Vermont Yankee. Major technical problems, including serious leaks, have already emerged at Diablo and are certain to escalate in both confrontation and cost.

• PG&E and its fellow centralized utilities worldwide are terrified of home-owned roof-top solar panels, whose escalating spread could spell their doom. While hyping its entry into the solar world, PG&E will continue to assault net-metering and other essentials of the distributed generation revolution that threatens its core.

• The agreement includes no guarantee from Mother Nature that one of the dozen earthquake faults surrounding the plant won’t go off before the reactors finally shut. Diablo is half the distance from the San Andreas that Fukushima was from the epicenter of the quake that destroyed it. The Nuclear Regulatory Commission’s former resident inspector Dr. Michael Peck has warned PG&E has never proven Diablo could withstand such a shock.

• Tsunami expert Dr. Robert Sewell has also testified that a nearby undersea landslide could cause a wave capable of destroying Diablo, including its vulnerable intake pipes. His official report has been buried by the NRC for more than a decade.

But above all, no independent observer believes PG&E has signed this agreement out of love for the planet, its workers, the public well-being or the spirit of the law. It could mark a significant leap toward shutting Diablo Canyon, but it does not seal its fate. Indeed, unless accompanied with fierce activism, some fear it could offer PG&E political cover to prolong its operations.

Globally, this landmark treaty embodies a nuclear utility’s admission that renewables can replace nukes, that union-endorsed provisions can ease the transition for workers at closing reactors and that a purported “green shift” to nuke power is mere industry hype.

None of which mitigates the reality Diablo Canyon could be melting as you read this. No matter what this agreement says, no matter when the anointed close-down date … until those reactors at Diablo Canyon are dead, dismantled and somehow buried, we all live at the brink of a potential apocalypse.

Harvey Wasserman’s SOLARTOPIA! OUR GREEN-POWERED EARTH is at www.solartopia.org, along with his upcoming AMERICA AT THE BRINK OF REBIRTH: THE ORGANIC SPIRAL OF US HISTORY. With Bob Fitrakis he has co-authored six books on election protection (www.freepress.org). He was arrested at Diablo Canyon in 1984.

Diablo Canyon Nuclear Reactors to Be Replaced With 100% Renewable Energy