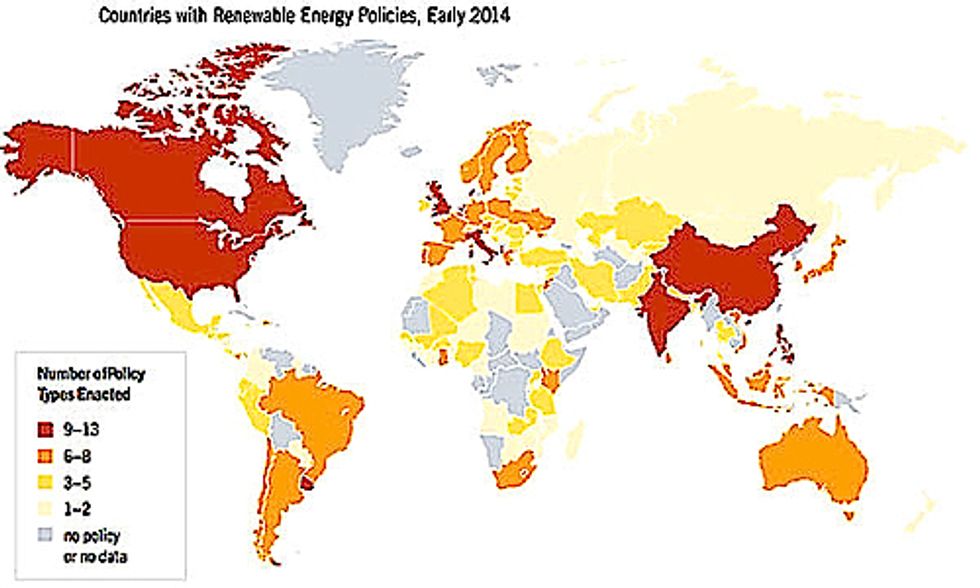 The number of developing nations with policies supporting renewable energy has surged more than six-fold in just eight years, from 15 developing countries in 2005 to 95 early this year, according to a report from REN21, an international nonprofit renewable energy policy network.

Those 95 developing nations today make up the vast majority of the 144 countries with renewable energy support policies and targets in place. The report credits such policies with driving global renewable energy capacity to a new record level last year—1,560 gigawatts, up 8.3 percent from 2012. More than one-fifth—22 percent—of the world's power production now comes from renewable sources.

Why Renewable Energy Subsidies Are the Most Transparent Kind