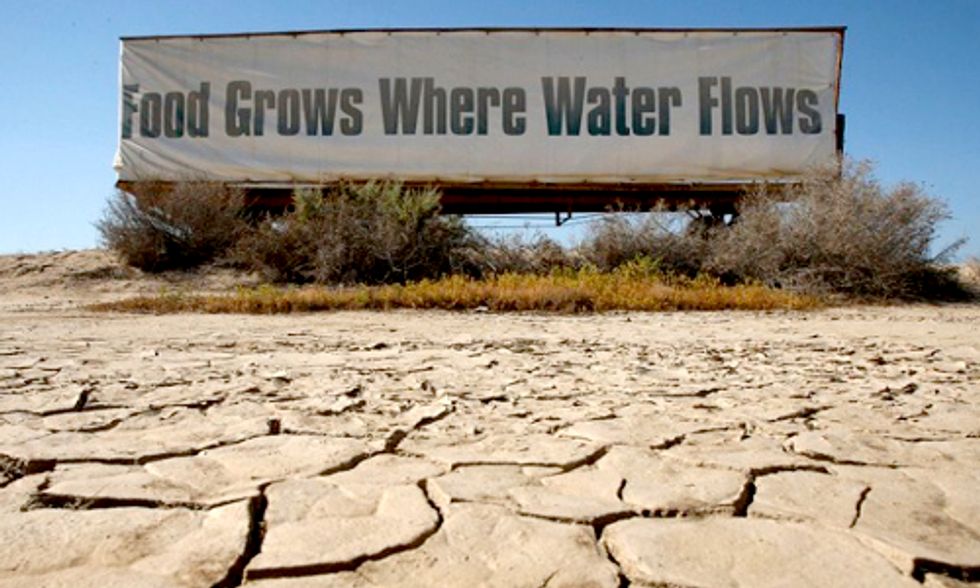 As California enters its third consecutive dry winter, with no sign of moisture on the horizon, fears are growing over increased wildfire activity, agricultural losses and additional stress placed on already strained water supplies.

California's Central Valley—prime agricultural land—is being hit the hardest by the state-wide drought which could cause catastrophic losses to crops and food supply.

The city of Los Angeles has received only 3.6 inches of rain this year—far below its average of 14.91 inches, USA Today reported. And San Francisco is experiencing its driest year since record keeping began in 1849. As of November, the city had only received 3.95 inches of rain since the year began.

The state is enduring its driest year on record and while a drought emergency has not yet been officially declared, the U.S. National Drought Monitor shows that as of Dec. 24, nearly the entire state is gripped by severe to extreme drought conditions.

The portion of the state currently hit hardest by drought includes the Central Valley, a prime agricultural area, and “a lack of rain and snow this winter could bring catastrophic losses to California agriculture, as water allotments are slashed by state agencies,” USA Today reported.

The lack of precipitation is also extending what’s been a devastating wildfire season in California. According to AccuWeather, fire season usually tapers off in the fall and December marks the beginning of the wet season, which usually extends through March. This year, however, looks to be different.

“It will remain dry through February and probably early March in California,” Lead Long-Range Forecaster Paul Pastelok said. “It’s possible that a system or two could reach the state, but not enough to put a dent in the drought.”

As a result, wildfire risk remains high. Mid-December’s Big Sur Fire scorched through more than 900 acres and destroyed dozens of homes before it was contained.

“The cause of the blaze is under investigation, but there was little doubt among firefighters that the rare December inferno is a manifestation of an exceedingly dry year,” the San Francisco Chronicle reported. Like much of California, the area is experiencing its driest calendar year on record. “Big Sur has received just half an inch of rain since the seasonal calendar began in July, according to the National Weather Service. The area normally receives nearly eight inches by this time.”

The prolonged drought also poses a serious risk to the state’s water supply. Due to a string of warm, dry winters and the declining snowpack that they bring, many of the state’s northern reservoirs have been stuck at precariously low levels this year, some dwindling to just one-third or one-half capacity.

“Going forward, continued dry conditions will not build the snowpack critically needed for this year’s water supplies,” the California Department of Water Resources posted on its website this week.

Citing the the abnormal late fire season activity and very low soil moisture, the agency said Gov. Brown (D-CA) had formed an Interagency Drought Task Force to assess conditions, allocations and whether a declaration of statewide drought was needed. In recent weeks, several state and federal lawmakers have written to Gov. Brown and President Obama asking them to declare a drought emergency and federal disaster in the state.

“This is going to be a very challenging water year for California and a potentially catastrophic year for the Central Valley in particular,” Sen. Feinstein (D-CA) and Rep. Costa (D-CA) wrote.