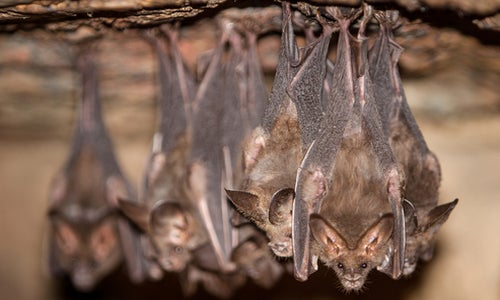 The devastating bat-killing disease that has already killed more than 7 million bats across the Eastern U.S. has spread to Wisconsin and Michigan, state wildlife officials announced this week. During routine surveys of bat hibernating areas late this winter, biologists discovered signs of the malady known as white-nose syndrome that was first documented in upstate New York in 2006. Subsequent lab testing confirmed the presence of the disease in the two upper Midwest states, bringing to 25 the total number of states where the disease is present. White-nose syndrome has also spread to five Canadian provinces. 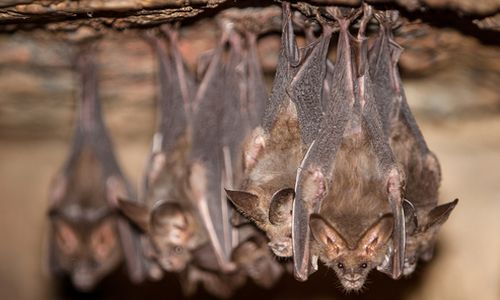 The economic value of insect-eating bats to American agriculture is estimated at $22 billion annually.

“White-nose syndrome has now reached the last strongholds of the once-abundant little brown bat and several other species,” said Mollie Matteson, a senior scientist at the Center for Biological Diversity. “Given the rapid spread and devastating consequences of this disease, it’s incredibly urgent that we put more resources into finding a cure and saving our bats.”

White-nose syndrome is the worst wildlife health crisis in recent memory, killing up to 100 percent of bats in affected caves. There is no known cure for the disease, which has afflicted seven bat species so far and has pushed several to the brink of regional extinction. Last year the U.S. Fish and Wildlife Service proposed Endangered Species Act protection for the northern long-eared bat, one of the species hardest hit by the disease. The other bat species hit by the disease are the little brown bat, tricolored bat, eastern small-footed bat, federally endangered Indiana bat, federally endangered gray bat and the big brown bat.

Both Wisconsin and Michigan instituted white-nose syndrome response plans in 2010 to reduce the risk of human transmission of the fungus that causes the disease. Wisconsin, in particular, took aggressive action, declaring the disease-causing fungus an invasive species and prohibiting its transport into the state.

Leading bat biologists have repeatedly called for precautionary measures, such as cave closures and site-specific caving gear requirements, to slow the spread of the disease to new areas. Bats transmit the disease, but human transmission of the white-nose fungus, particularly over distances beyond the dispersal capacity of bats, is also a serious factor.

Wisconsin hosts several of the largest hibernating bat colonies in the upper Midwest—an estimated 350,000 to 500,000 bats live in the state. Although white-nose syndrome was discovered only in Wisconsin’s Grant County, in Michigan biologists documented the fungal disease in Alpina, Dickinson and Mackinac counties. Wildlife officials expect the disease will now spread in both states as it has elsewhere.

Scientists have estimated the economic value of insect-eating bats to American agriculture at $22 billion annually. Bats also eat tons of insects harmful to forests, and their guano is essential to the survival of extremely rare cave organisms, such as cave salamanders and fish.

Going to Bat for Our Furry Friends