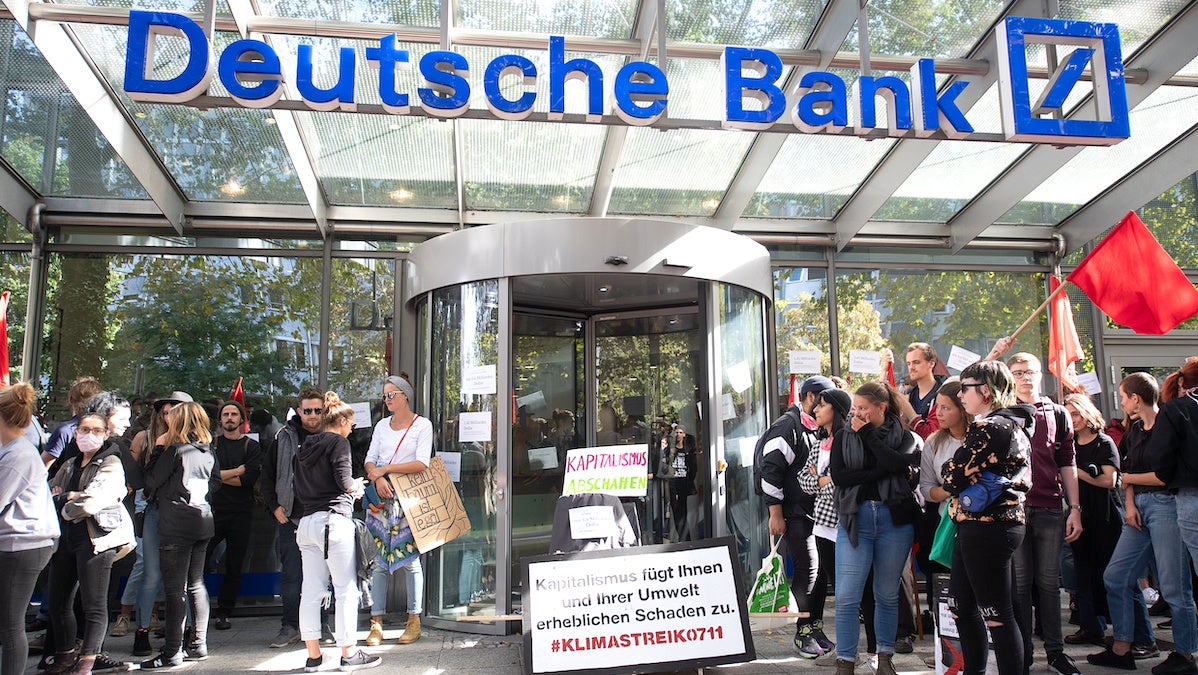 Climate activists are celebrating Deutsche Bank’s new energy policy banning financial support of drilling in the Arctic, a move which comes after years of pressure from advocacy groups.

The bank, a multinational investment company headquartered in Germany, announced Monday that it will no longer offer financial services to new projects that involve drilling for oil or gas in the Arctic. The policy also states it will not fund any tar sand projects or fracking in areas that have low water supply.

Concerns over the Arctic have risen in recent weeks as the region has been battling a prolonged heatwave and wildfires, which have been caused by human-driven climate change.

Last week, the World Meteorological Organization announced that Siberia’s average temperature in June was 10°C above normal. The Arctic is warming over two times faster than the rest of the world.

Ben Cushing, Sierra Club senior campaign representative, said in a statement that it is becoming clear to banks that divesting from Arctic drilling is important. He pointed to the Arctic National Wildlife Refuge, which spans over 19 million acres of Alaskan land.

“As the list of major banks rejecting funding for Arctic drilling continues to grow, it’s clearer by the day that investing in the destruction of the Arctic Refuge would be a mistake,” Cushing said. “The Trump administration may still think auctioning off the Arctic Refuge is a good idea, but it′s obvious that oil companies would be foolish to take them up on their offer.”

In 2017, Congress passed a provision allowing refuge lands to be leased to oil companies. Drilling is incredibly harmful to the people and wildlife that live in the refuge because it because it divides natural habitats and interrupts migration patterns. Polar bears, caribou, and the 270 other species of wildlife — and the Gwich’in people who rely on certain animals for sustenance — would suffer.

Deutsche stated it will not be terminating any current financial backing of Arctic drilling projects, but that it will be evaluating all ongoing oil and gas business ventures by the end of 2020 and end any business in coal mining by or before 2025.

Urgewald, a Germany-based environment and human rights NGO that focuses on divesting from destructive projects, tweeted in response to the news that while Deutsche Bank’s policy is needed, it’s too little and too late.

@DeutscheBankAG 's new policies are much-needed movement, but too little and too late. As long as companies like @RWE_AG, @Glencore, @exxonmobil or @uniper_energy can stay in the bank's portfolio, the policies are just not good enough. https://t.co/6Tp7EvOQnw #KeepItInTheGround pic.twitter.com/hRUiDtZUN0

Bill McKibben, co-founder of 350.org, celebrated the news by congratulating Indigenous groups on their organizing.

Add @DeutscheBank to the growing list of banks that won't touch Arctic or tarsands projects. Such great organizing, especially by indigenous groups!https://t.co/ZxFxupp2Ex

Tara Houska, founder of Giniw Collective and co-founder of Not Your Mascots, welcomed the bank’s decision and called for others to follow suit. “If DeutschBank can stop, any of the banks can,” she said. “Who’s next?”

Visited this bank in 2017, it had intense security. Felt the most removed, unconcerned about the human rights of the humans sitting 2ft away.

If @DeutscheBank can stop, any of the banks can. Who’s next? https://t.co/L9UiNbzJ21

Deutsche Bank joins Goldman Sachs, Wells Fargo, Citi, JPMorgan Chase and Morgan Stanley — five of the biggest American banks — in banning Arctic drilling from its company. Bank of America is currently the last of the largest banks in the U.S. to issue an anti-Arctic drilling policy or statement. Globally, about two dozen banks have adopted these policies.