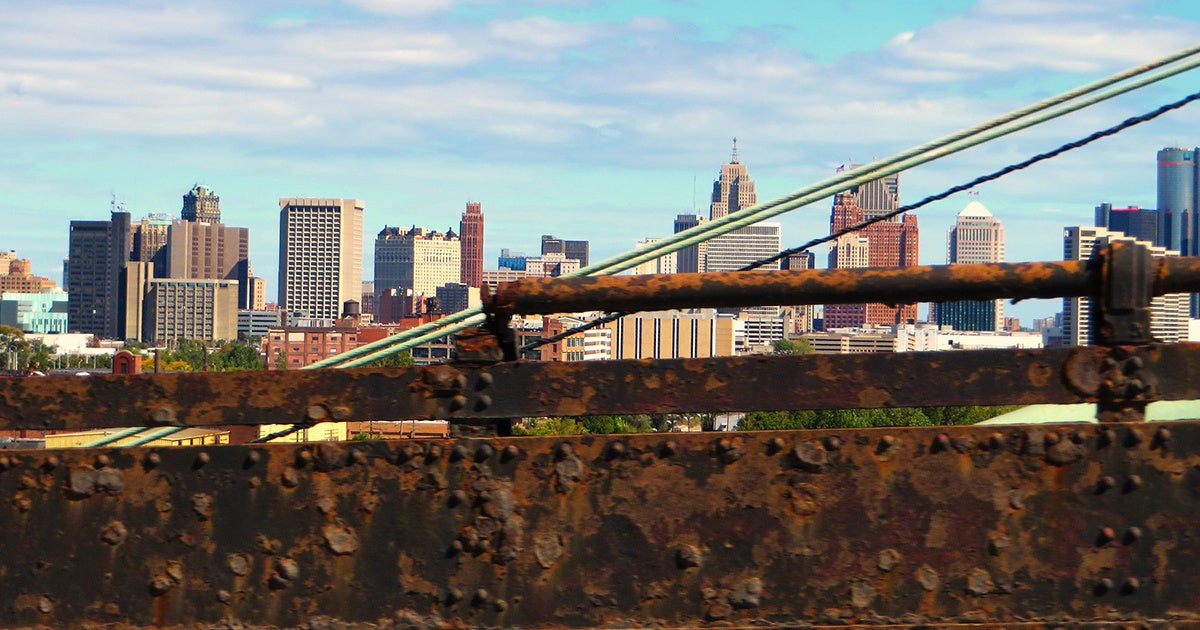 The view from the Ambassador Bridge in Detroit, Michigan. Ken Lund / CC BY-SA 2.0

This week, progressive Democrats and youth advocates are launching a nationwide tour to win support for the Green New Deal. Though popular, the ambitious plan to tackle climate change has struggled to earn the endorsement of centrist Democrats in Rust Belt states like Michigan, the second stop on the tour.

Champions of the Green New Deal have a powerful argument to make in industrial centers like Michigan, as the proposal would prioritize communities saturated by pollution from highways, power plants and manufacturing facilities, and it would ensure that those communities are involved in the planning of new infrastructure projects. Cities like Detroit are precisely why these provisions exist.

Head south from the stately skyscrapers downtown to southwest Detroit, a community rich in culture, but suffocating in pollution. The predominantly Hispanic community is known for its colorful murals, Spanish groceries, historic churches and Mexicantown, one of the top tourist destinations in the city. But southwest Detroit has another, more ignominious claim to fame as one of the most polluted places in Michigan, surrounded, as it is, by three busy highways, a coal-fired power plant, a gas-fired power plant, an oil refinery, a steel mill and a wastewater treatment plant. If that weren’t enough, the state is now building a six-lane bridge through the middle of the neighborhood.

“They dump everything here,” said Cassandra Compton-Montgomery, executive director of the People’s Community Services, a nonprofit based in southwest Detroit. “When they need somewhere to put waste, it’s like they think, ‘Oh let’s put it in Southwest.’ It’s almost like we are the toilet bowl of the city.” 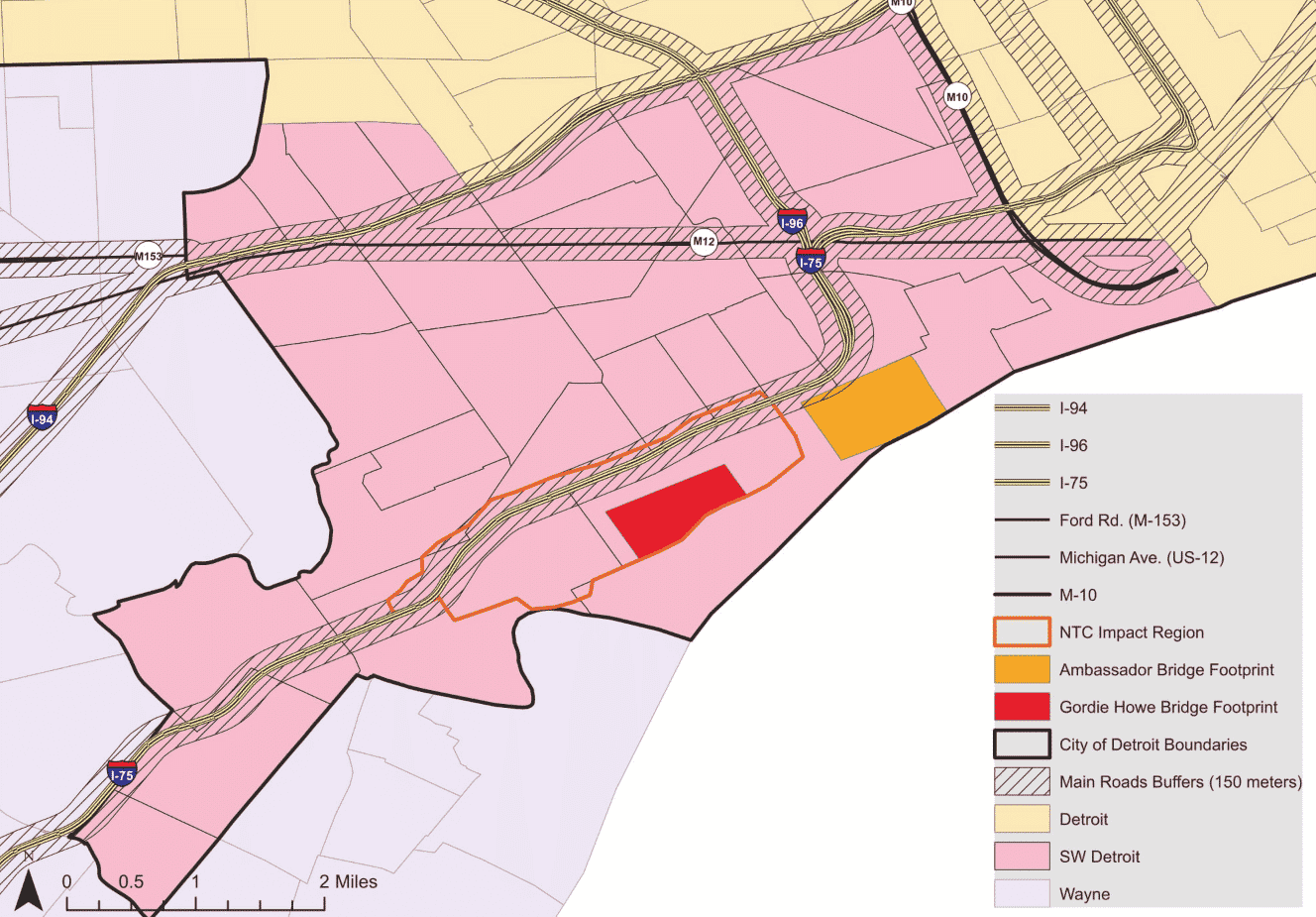 This map shows the major roads and highways that run through southwest Detroit (shaded in pink). The Ambassador Bridge (orange) and planned Gordie Howe Bridge (red) will be major sources of pollution, particularly for those living near the bridge. During the planning of the Gordie Howe Bridge, it was called the new trade crossing, or NTC. The dark orange line around the bridge denotes the NTC Impact Region, the area researchers identified as being most affected by the project.

In October, construction began on the .4 billion Gordie Howe Bridge, named after the all-time Red Wings great, a project that promises to expedite the flow of traffic to and from Canada. Many residents opposed the project from the start, and some are now calling for restitution to the community, which is coping with contamination so severe that locals complain of the foul odor.

“Where I live, most of our pollution comes from the Marathon refinery. The smell is sometimes gas or a rotten stench, and how bad it is depends on which way the wind is blowing,” said southwest Detroit native Nathan Love. “During the summer, we just pray the wind doesn’t blow our way.”

The smell comes from the high concentration of sulfur dioxide, a dangerous pollutant emitted by oil refineries and steel mills, as well as cars and trucks. The high volume of diesel exhaust from surrounding highways, as well as the the Ambassador Bridge, is only making the problem worse.

Concentrations of sulfur dioxide or SO2 (left) and particulate matter or PM2.5 (right), two dangerous pollutants, are highest in southwest Detroit.

A 2016 report from the University of Michigan noted that southwest Detroit sees more traffic than any other part of the city, and warned that the Gordie Howe Bridge would bring more contamination to the heart of southwest Detroit, a neighborhood that “has had, and continues to have, the highest levels of [sulfur dioxide, particulate matter] and toxic pollutants that have been measured in Detroit, and in many cases, in Michigan,” the authors wrote.

The findings were corroborated by a 2017 study, which found that the community is burdened by the heaviest pollution in Detroit, given its proximity to several industrial facilities and a high concentration of diesel-powered trucks. It further found that the risk of cancer is higher in southwest Detroit than in other parts of the city.

Heather Gordin, vice president of communications for the Windsor-Detroit Bridge Authority, defended the Gordie Howe Bridge by explaining that it would keep traffic moving so that trucks and cars don’t sit still and churn out exhaust. “A lot of pollution and air quality concerns come from the stopping and starting of vehicles and the backing up of vehicles on highway infrastructure, so we spent a lot of time on how to keep vehicles moving to mitigate that type of pollution,” she said. 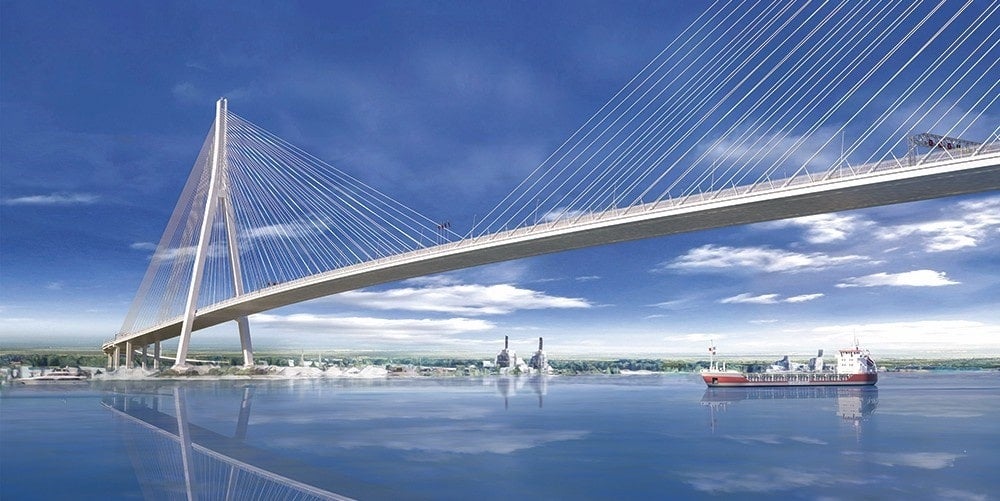 A rendering of the Gordie Howe International Bridge

While the addition of a second bridge may cut pollution associated with stopped cars, it will also bring more pollution to southwest Detroit. And truck exhaust isn’t the only problem. Construction has also displaced hundreds of residents. Roughly 300 locals who once lived in the footprint of the bridge have been relocated from their homes. Salandra Lopez, a longtime southwest Detroit resident, relocated via the home swap program. She said it was hard to leave her childhood home, but she had no other choice.

“I lived there since I was a child. I am 43 now. These were my people. We are a very close-knit community, rich in language culture and history,” Lopez said. “I had to do what I had to do. These big business only think about profit. They don’t think about the people they’re impacting. They don’t care about the little people.”

Mohammed Alghurabi, a senior project manager with the Michigan Department of Transportation, is sympathetic to the hardship faced by longtime residents who were forced to move. “The process was very friendly, although it was very hard and very difficult because that’s peoples’ home, so I have a lot of empathy and I feel for the people who went through the process,” he said. While officials say they endeavored to do right by locals, longtime residents remain frustrated with the project. 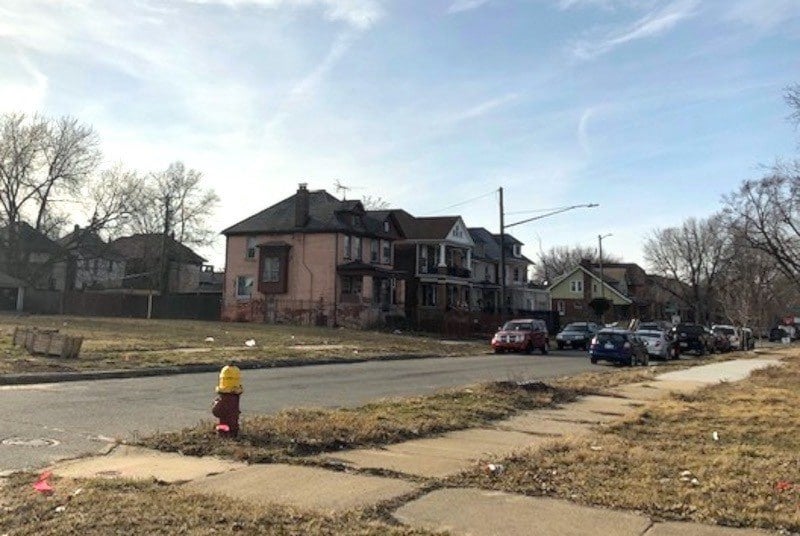 To compensate for the many burdens associated with the new bridge, the SWDCBC is calling on the city to develop a nearly million community benefits plan. The money would pay for job training, health care and home repair and other services for the remaining residents living near the bridge, as well as pollution monitoring after the bridge opens.

Organizers are hopeful that the Detroit will adopt the plan. “I am eager to see [if the city] will do right by the people that are here,” Compton-Montgomery said. “Those that are left really don’t want the bridge, but there’s not much they can do about it.” 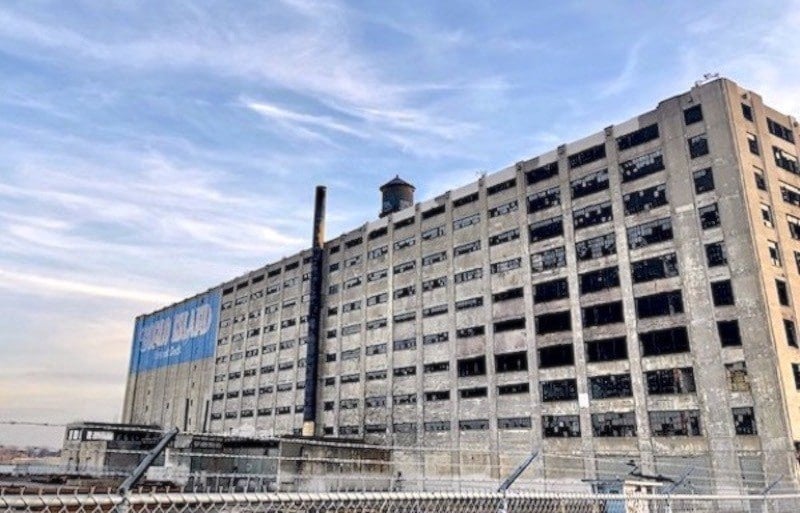 According to Gordin, the Windsor-Detroit Bridge Authority has been working closely with residents on plans to build a 100-foot buffer around the base of the bridge that will include a walking path and green space. But residents feel like these efforts aren’t enough.

“We keep seeing what they plan on doing and none of it is enough for me,” said southwest Detroit resident Selena Burgess. “I don’t want the bridge here. Never really did. But there’s nothing we can do. It’s coming.”