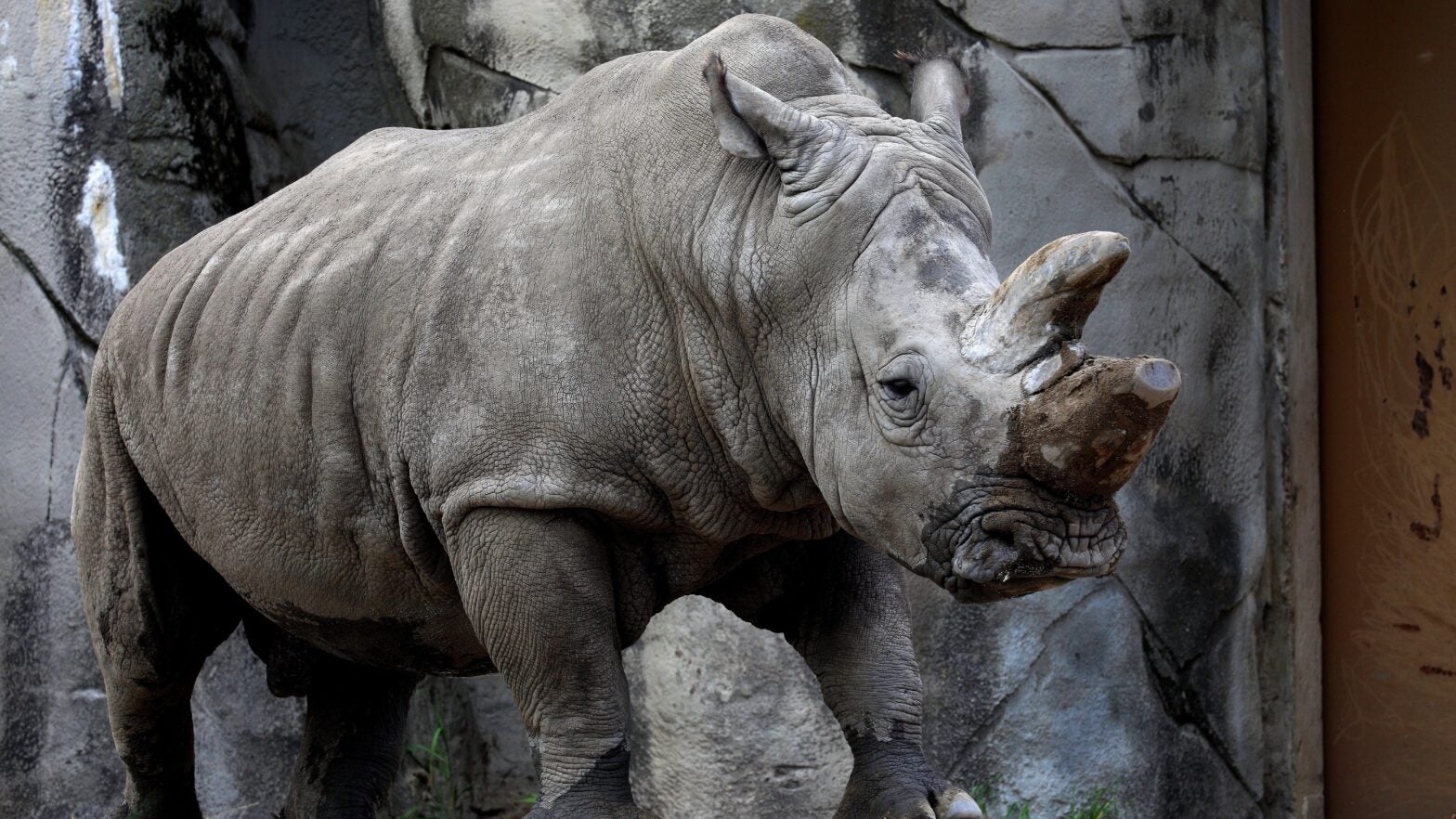 White Rhinoceros at the Detroit Zoo in Royal Oak, Michigan on May 26, 2018. Rhinos, as well as giraffes and zebras are generating what the zoo calls "poo power." Raymond Boyd / Getty Images

At the Detroit Zoo, giraffes, rhinos, and zebras not only fascinate visitors — they also generate what the zoo calls “poo power.”

“Animal manure is very usable. It has a lot of energy in it,” says Manager of Sustainability Rachel Handbury.

In 2017, the zoo became the first in the country to convert animal waste to clean energy.

The animal manure, along with food waste, goes into what’s called a biodigester. As the waste breaks down in this airtight environment, it releases methane-rich gas, which can then be used to generate electricity. The zoo is using that electricity to help power its animal hospital.

The leftover solid waste can be used as compost for gardens throughout the zoo.

She says by putting animal and food waste to good use, the zoo is diverting about 500 tons of waste from landfills each year.

Though biodigesters are fairly common on farms, only a handful of zoos around the world have started using them. But Handbury says that’s changing.

“Zoos are reaching out to us all across the country because they want to do something similar,” she says.

It’s part of a growing trend of keeping waste from going to waste.