Desmond Tutu: It's Time to 'Move Beyond the Fossil Fuel Era' 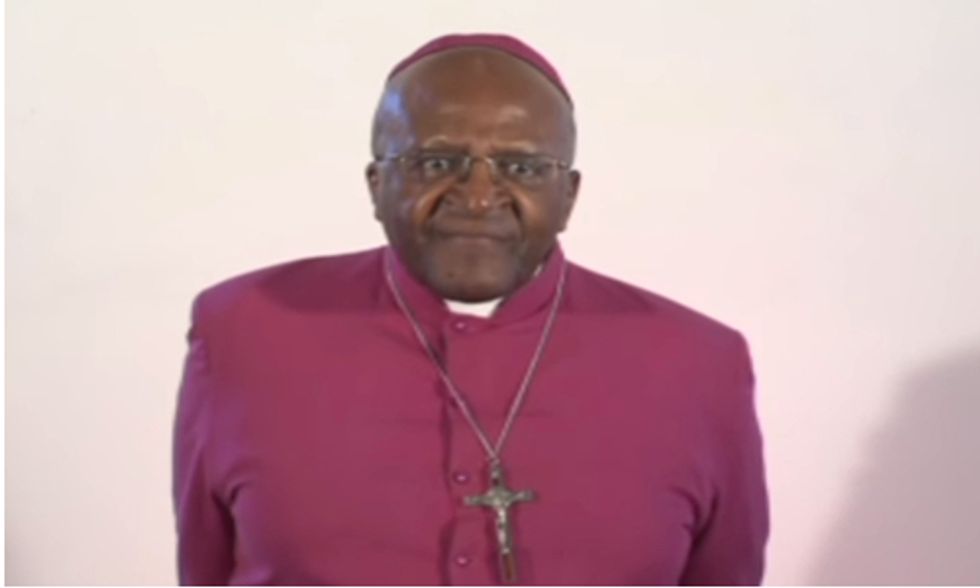 This weekend, Archbishop Desmond Tutu, a long-time advocate for the environment, released a powerful video urging the world leaders in New York City for the UN Climate Summit to "move beyond the fossil fuel era."

The Nobel Prize-winning retired archbishop from South Africa said "the destruction of Earth's environment is the human rights challenge of our time" whose "most devastating effects are visited on the poor." He warned that "time is running out" and called the UN Summit  "a decisive moment in the struggle to maintain God's Earth" and "a rare opportunity to begin to set a better course for our planet."

He urged action by nations and individuals on several fronts, including freezing exploration for fossil fuels, redirecting investments from fossil fuels into renewable energy sources, encouraging governments to stop accepting money from the fossil fuel industry and holding those who have damaged the environment legally liable for the harm they have caused.

A Zero Emissions Manifesto for the Climate Justice Movement