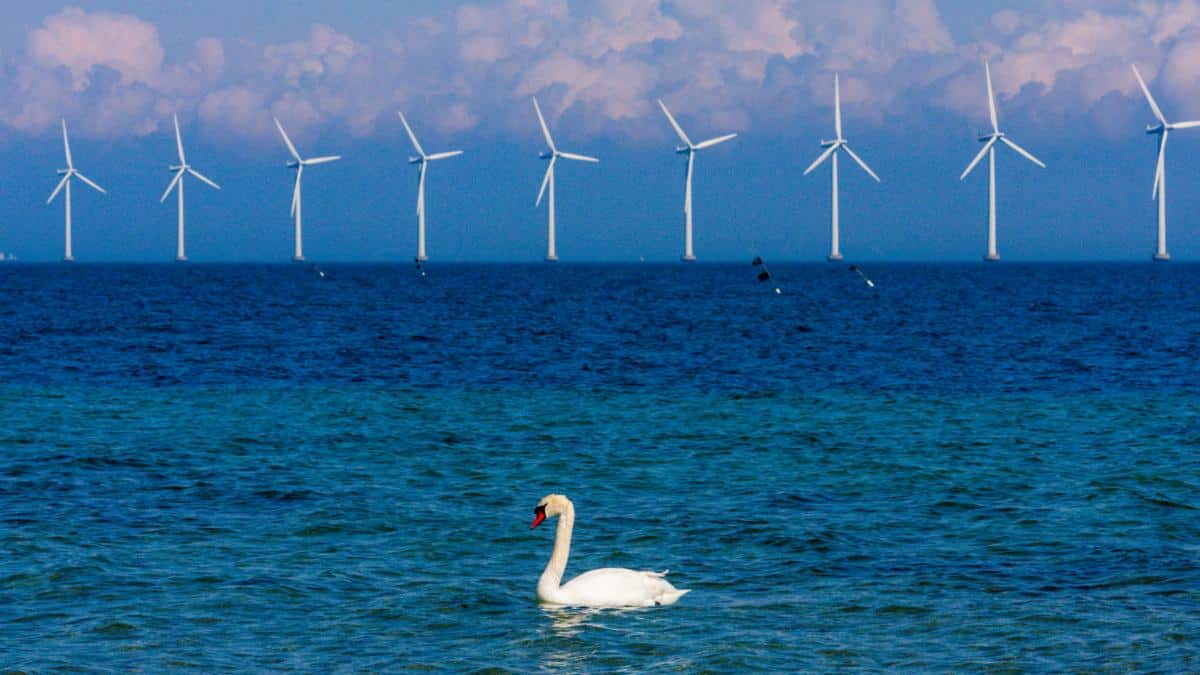 Denmark already has wind parks, like this one in Copenhagen, but the country plans to build its biggest one yet on an artificial island by 2033. Flottmynd / Getty Images

Denmark approved plans on Thursday to construct an artificial island in the North Sea and use it as clean energy hub.

When built, the island will supply both clean power to homes and green hydrogen for use in shipping, aviation, industry and heavy transport.

The decision came as the EU unveiled plans to transform the bloc’s electricity supply. The bloc aims to rely mostly on renewable energy within a decade while increasing offshore wind energy capacity roughly 25-fold by mid-century.

The planned island, which will be located 80 kilometers off Denmark’s west coast, will initially be 120,000 square meters in size, bigger than 18 standard football fields.

“The energy hub in the North Sea will be the largest construction project in Danish history,” Climate Minister Dan Joergensen told a press briefing.

“It will make a big contribution to the realization of the enormous potential for European offshore wind,” he continued.

Authorities hope to have the hub operable by 2033. The first phase of the project is expected to cost around 210 billion Danish crowns (.87 billion).

The surrounding wind turbines will have a capacity of at least 3 gigawatts, ramping up to 10 gigawatts over time.

“This is truly a great moment for Denmark and for the global green transition,” continued Jorgensen.

The energy island is an important part of country’s legally binding target to cut greenhouse gas emissions by 70% of the 1990 levels by 2030.

“Only by inspiring others and developing new green solutions they also want to use, can we really do something to combat climate change,” Joergensen added.

The Nordic country, with its favorable wind speeds, was a pioneer in both onshore and offshore wind, building the world’s first offshore wind farm almost 30 years ago.

Bloomberg Green reports Denmark gets 40% of its electricity from wind power. The nation is also home to the world’s largest wind turbine producer, Vesta Wind Systems and the world’s top developer of offshore wind, Orsted AS.

In December, the government decided to halt the search for oil and gas in the Danish part of the North Sea.

No date has yet been set to begin construction of the island, which will be controlled by the Danish government.

The state also has plans for a second energy island in the Baltic Sea.