Danish Robot Can Test for Coronavirus 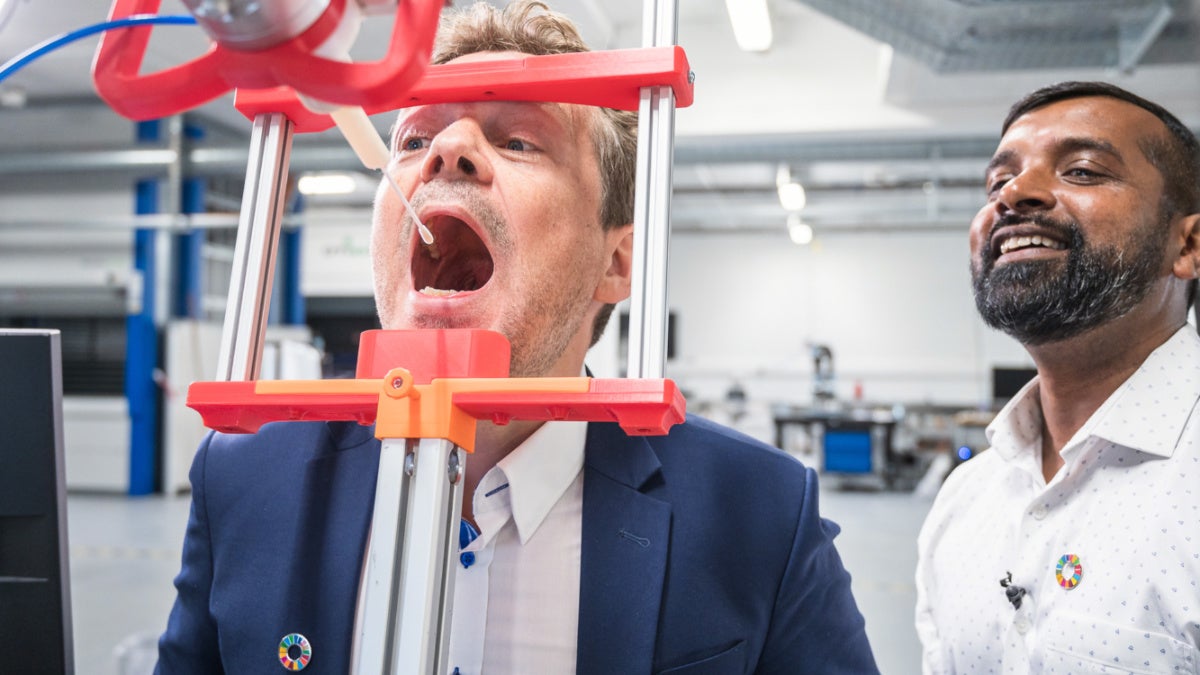 The University of Southern Denmark on Wednesday announced that its researchers have developed the world’s first fully automatic robot capable of carrying out throat swabs for COVID-19.

The equipment uses a 3D-printed disposable arm that is automatically swapped after each patient. The robot takes a swab with a specially designed disposable tool that hits the exact part of the throat from which the sample should be taken.

It then drops the swab into a jar and seals the sample by screwing the lid.

A team of ten researchers has been working around the clock to develop the prototype as quickly as possible.

“I was one of the first to be swabbed by the robot, project leader Professor Thiusius Rajeeth Savarimuthu told the university website “It went really well. I’m still sitting here.”

“I was surprised at how softly the robot managed to land the swab at the spot in the throat where it was supposed to hit, so it was a huge success.”

A Danish robotics research team headed by Professor Thiusius Rajeeth Savarimuthu from SDU Robotics have developed a fully automated #COVID19 testing robot over the course of only 4 weeks at Syddansk Universitet (SDU)https://t.co/5poxbfurb4 (Article in Danish)

The invention could help relieve healthcare workers from the monotonous work of testing. But crucially, it could also reduce their risk of exposure.

The team had found out about the demand for such equipment after speaking to research colleagues at Odense University Hospital.

Hospital medical director Kim Brixen said there was a great advantage in the fact that robots don’t get tired and bored of monotonous work.

“Currently, healthcare professionals are carrying out throat swabs for Covid-19; but working conditions can be a challenge,” said Brixen. “The task entails long working days of monotonous work. At the same time, the employees are in great demand in other functions.”

A prototype to swab patients is expected by the end of June, with plans to have the robots ready for the market by autumn in the event of a second or third wave of the coronavirus.

It’s also expected that the technology might be adapted to help with testing for other viruses, such as flu.