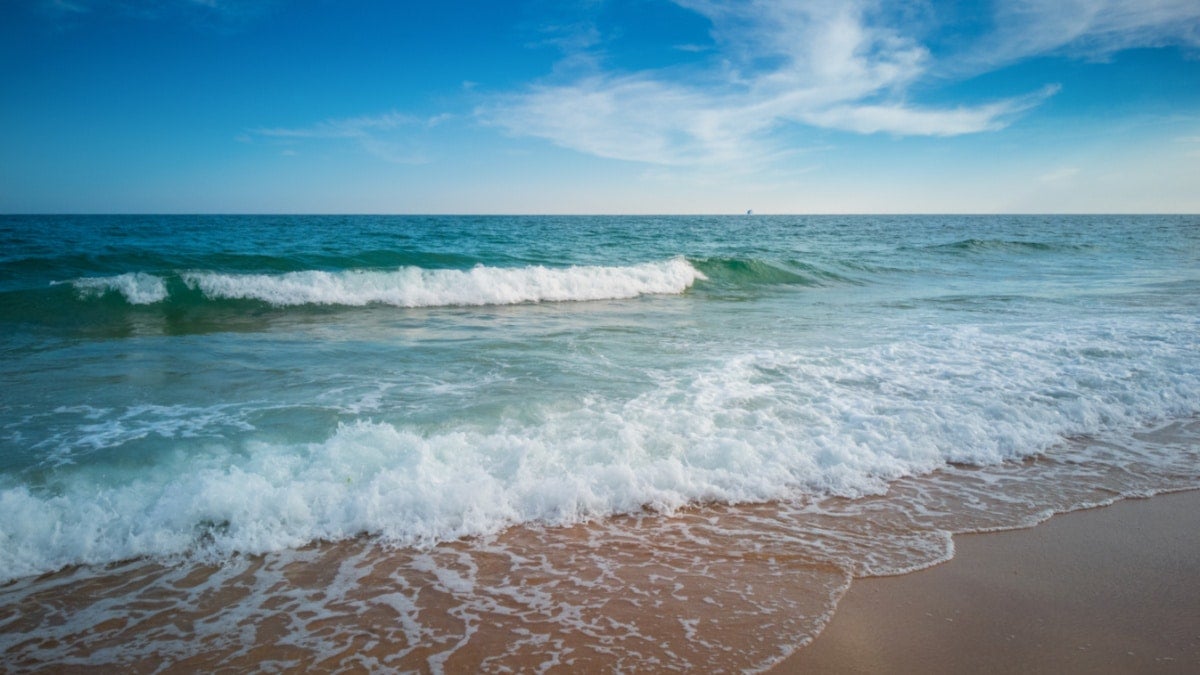 Leaders of climate and conservation groups on Tuesday welcomed House Democrats’ introduction of landmark legislation that aims to address the ocean impacts of human-caused global heating and reform federal ocean management—recognizing that, as Rep. Raúl M. Grijalva put it, “a healthy ocean is key to fighting the climate crisis.”

The Arizona Democrat, who chairs the House Natural Resources Committee, unveiled the Ocean-Based Climate Solutions Act during a virtual press conference. He was joined at the event by co-sponsors—including Rep. Kathy Castor (D-Fla.), chair of the House Select Committee on the Climate Crisis—and various backers of the legislation.

“This is the bill we have been waiting for,” declared Oregon State University professor Jane Lubchenco, a supporter of the measure with a background in federal government. “It draws on the latest science to tap the treasure-trove of ocean solutions to accelerate progress on climate change. The outcome? People win, the economy wins, nature wins.”

“The ocean feeds and sustains, it connects us. The ocean is our past and our future. The ocean has indeed been a victim of climate change, but it also holds powerful solutions,” added Lubchenco, former administrator of the National Oceanic and Atmospheric Administration and U.S. Science Envoy for the Ocean at the State Department. “This bill will tap those solutions, and everyone benefits.”

“This bill provides a roadmap for ocean and coastal climate resilience, and responsibly uses them to curb the pollution that is intensifying the climate crisis,” Grijalva explained. “We must stop the ongoing damage to our oceans to protect the food, jobs, and coastlines that millions of Americans depend on. A healthy ocean is an environmental justice issue and we made sure to put protections for low income and communities of color at the front and center.”

Specifically, as a statement from Grijalva’s office outlined, the bill aims to:

“By presenting smart, focused solutions to the climate crisis, this pioneering legislation propels the oceans into the heart of the climate debate in Congress,” said Jacqueline Savitz, Oceana’s chief policy officer for North America. “The oceans are bearing the brunt of global warming: rising ocean temperatures will decrease fish catch, endangering livelihoods and undermining food security. This bill shows us our oceans can be part of the answer.”

Castor on Tuesday emphasized that “the ocean is a powerful ally in the climate fight, and unleashing its potential will help us reach our goal of net-zero emissions by 2050 or earlier.” She noted the new bill incorporates recommendations from the Climate Crisis Action Plan that her committee released in June, which she said “gives Congress a roadmap for creating a healthier, more resilient, and more just America.”

Climate action advocacy groups said when the plan from Castor’s committee came out that it “is more ambitious than what we’ve seen from Democratic leadership to date” but also criticized lawmakers’ proposed goals as “genocidal negligence” and “wholly inadequate to prevent the risk of catastrophic climate disruption,” vowing to maintain pressure on Democrats to pursue bolder policies.

Amid that ongoing pressure from advocates comes the Ocean-Based Climate Solutions Act, which Castor said “will unleash the incredible power of the ocean and address the threat that offshore drilling poses to America’s coastal communities, including my own community in the Tampa Bay.”

Miyoko Sakashita, oceans program director at the Center for Biological Diversity, called the bill “important” and praised particular elements of it. “As sea-level rises we have to end offshore oil drilling and help our coastal communities transition to the resilient, clean energy economy we all need,” Sakashita said. “This bill also aims to protect marine mammals from ship strikes, noise pollution, and climate change.”

“Resilient communities need resilient oceans, and the Ocean Climate Solutions Act pursues both,” said Steve Mashuda, oceans managing attorney at Earthjustice. “Restoring and protecting our ocean ecosystems will protect the frontline communities who are most at risk from climate change, while increasing our capacity to secure a just, stable, and biodiverse future.

“Earthjustice thanks the House Natural Resources Committee for continuing to serve the American people by strengthening and stewarding our environment,” added Mashuda, “and we look forward to turning these concepts into reality.”

Greenpeace USA senior oceans campaigner Arlo Hemphill warned that “protecting 30% of our oceans by 2030 is critical if we hope to restore America’s rich ocean ecosystems and mitigate the worst impacts of climate change.”

“The Ocean-Based Climate Solutions Act outlines an innovative and ambitious plan to couple this ocean protection with a new generation of Blue Economy jobs and a renewed, climate-ready vision for our nation’s fisheries,” he said. “This is an inspiring piece of legislation, and exactly what America needs right now.”