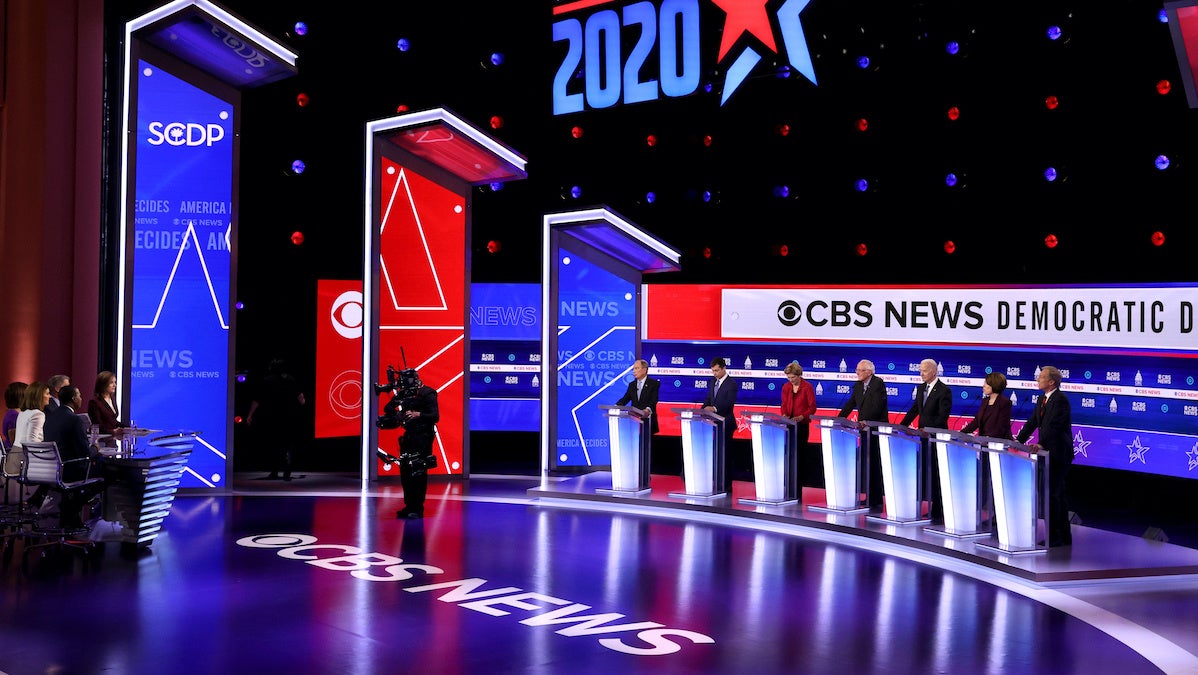 Rep. Alexandria Ocasio-Cortez took issue with the moderators of Tuesday night’s Democratic presidential debate, calling their failure to ask the candidates a single question about the climate crisis “horrifying.”

Climate action advocates joined Ocasio-Cortez, a Sanders campaign surrogate, in criticizing the moderators’ failure to ask about the crisis.

We're used to waiting until the tail end of each debate to hear the moderators bring up the climate crisis.

But it's honestly shocking that @CBS, in the final #DemDebate before Supert Tuesday, didn’t ask a single question about the defining issue of our lives.

CBS flunked this debate by skipping the climate crisis. Media, do better.

Instead of sharing with voters how presidential candidates plan to take action on climate change, @CBSNews asked the candidates to name the “biggest misconception” about them. @amyklobuchar said she really is fun. @JoeBiden apparently has more hair than he thinks he does.

In “more than two hours of debate — in a city that is already facing the consequences of the crisis — not a single question was asked on climate change. This is unacceptable,” Sierra Club said Tuesday night. “The voters have demanded action, and the public deserves plans.”

“We cannot afford four more years of Trump‘s deadly and dangerous inaction while communities like Charleston are experiencing what happens when the president ignores climate change,” the environmental group continued. “Every Democratic debate must demand answers on how the candidates will address the climate crisis.”