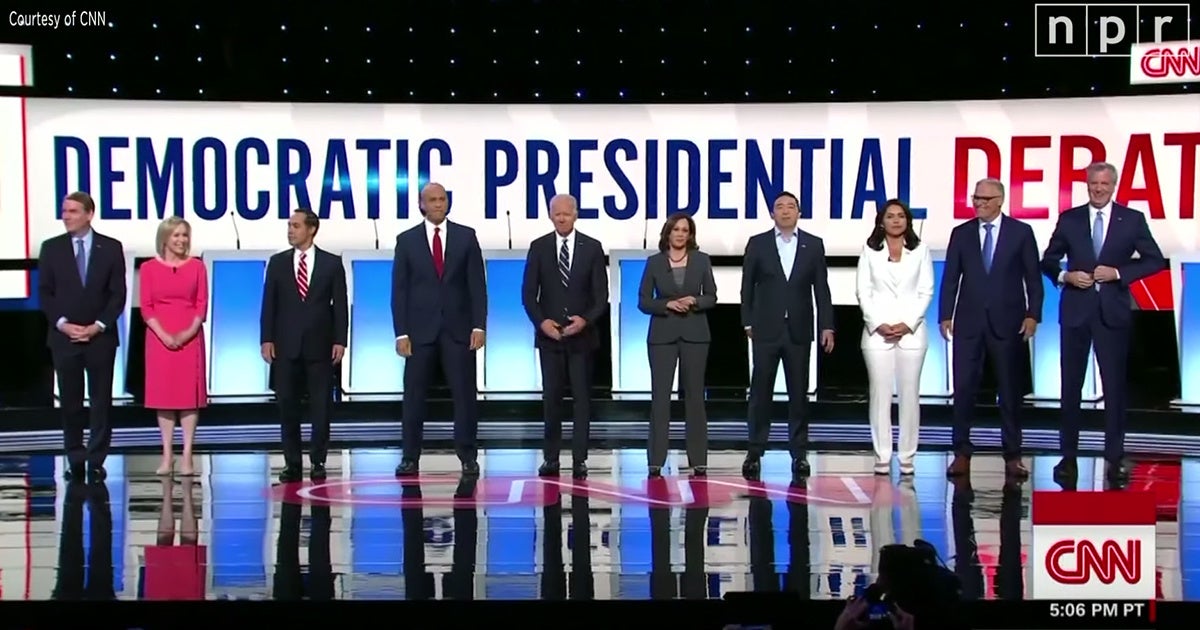 Democratic presidential candidates spent 13 minutes on climate change in the second presidential debate Wednesday evening in Detroit — one more minute than the 12 spent on Tuesday evening, according to a Washington Post tally.

Washington governor Jay Inslee, whose campaign has centered around the issue, kicked off the discussion by centering climate change as “all the issues that we Democrats care about. It is health. It is national security. It is our economy.” Sen. Cory Booker (NJ) joined Inslee in targeting former Vice President Joe Biden’s plan to continue fossil fuel use and Booker calling out Biden’s brag that he will rejoin the Paris agreement. “Nobody should get applause for rejoining the Paris climate accords,” Booker said. “That is kindergarten.” As Robinson Meyer writes in The Atlantic, tech mogul Andrew Yang’s argument that a universal basic income is the best way to mitigate climate impacts “is not a good response to losing your house to higher sea levels.”

As reported by The Atlantic:

Climate change is a sprawling, scary, cinematic problem, and its remedies involve the less-than-inspiring technical undergirding of society: stormwater management, the electrical grid, dirt. And dirt management will never be as engrossing as, say, Medicare for All. The party may also benefit, in a sort of shallow but undeniable way, from its monopoly on climate concern. Since any Democrat would do more to fight climate change than the current president, what’s the point of airing dirty laundry about it in public?

“We have all put out highly similar visions on climate,” South Bend, Indiana, Mayor Pete Buttigieg said on Tuesday night. “We will deal with climate if and only if we win the presidency.”