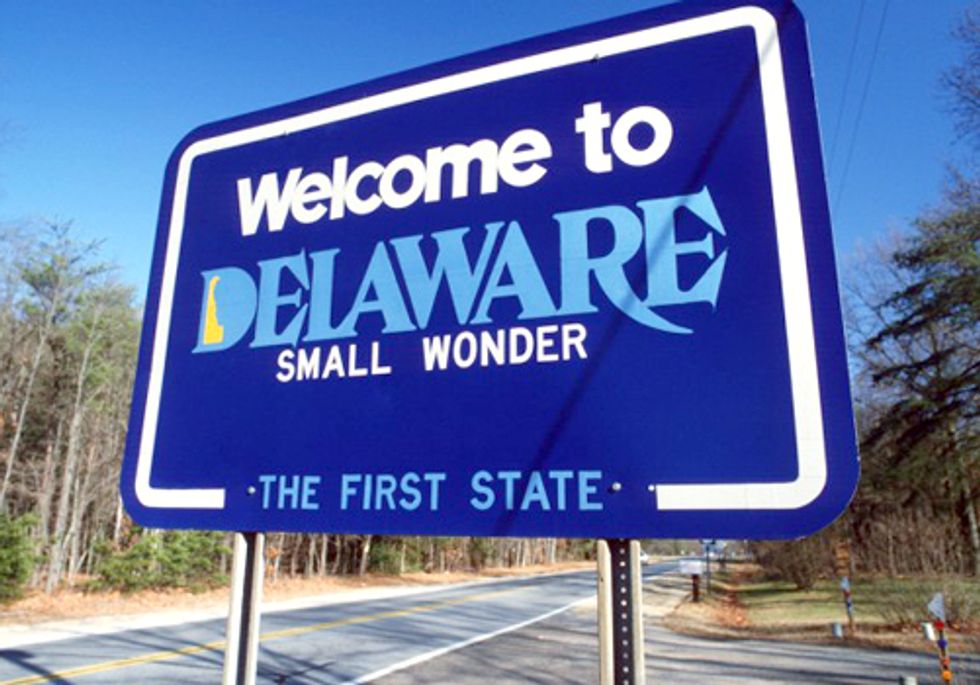 Most people think of downtown Houston, Texas as ground zero for the oil and gas industry. Houston, after all, serves as home base for corporate headquarters of oil and gas giants, including the likes of BP America, ConocoPhillips and Shell Oil Company, to name a few.

Comparably speaking, few would think of Wilmington, Delaware in a similar vein. But perhaps they should, according to a recent New York Times investigative report by Leslie Wayne.

Wayne's story revealed that Delaware serves as what journalist Nicholas Shaxson calls a "Treasure Island" in his recent book by that namesake. It's an "onshore tax haven" and an even more robust one than the Caymen Islands, to boot.

The Delaware "Island" is heavily utilized by oil and gas majors, all of which are part of the "two-thirds of the Fortune 500" corporations parking their money in The First State.

“Delaware is an outlier in the way it does business,” David Brunori, a professor at George Washington Law School told The New York Times. “What it offers is an opportunity to game the system and do it legally.”

The numbers are astounding. "Over the last decade, the Delaware loophole has enabled corporations to reduce the taxes paid to other states by an estimated $9.5 billion," Wayne wrote.

"More than 900,000 business entities choose Delaware as a location to incorporate," explained another report. "The number…exceeds Delaware's human population of 850,000."

The New York Times story also demonstrated that the shale gas industry has become an expert at utilizing the "Delaware Loophole" tax haven to dodge taxes, just as it is a champion at dodging chemical fluid disclosure and other accountability to the Safe Drinking Water Act, thanks to the Halliburton Loophole. The latter is explained in great detail in DeSmogBlog's "Fracking the Future."

Utilization of the "Delaware Loophole" is far from the story of a few bad apples gone astray for the industry. As Wayne explains, the use of this "onshore tax haven" is the norm.

More than 400 corporate subsidiaries linked to Marcellus Shale gas exploration have been registered in Delaware, most within the last four years, according to the Pennsylvania Budget and Policy Center, a nonprofit group based in Harrisburg that studies the state’s tax policy.

In 2004, the center estimated that the Delaware loophole had cost the state $400 million annually in lost revenue—and that was before the energy boom.

More than two-thirds of the companies in the Marcellus Shale Coalition, an industry alliance based in Pittsburgh, are registered to a single address: 1209 North Orange Street, according to the center.

These fiscal figures, as Wayne points out, predate the ongoing shale gas "Gold Rush" in the Marcellus. Service Employees International Union of Pennsylvania has calculated $550 million/year in lost tax revenue in the state from the shale gas industry due to the loophole.

The Pennsylvania House of Representatives set out to tackle the Delaware Loophole quagmire in the spring of 2012, but merely offered half-measure legislation that would have allowed corporations—including the frackers—to continue gaming the system. Coryn S. Wolk of the activist group Protecting Our Waters summarized the bill in a recent post:

In March, 2012, the Pennsylvania House of Representatives created a bipartisan bill, HB 2150, aimed at closing corporate tax loopholes. However, as the Pennsylvania Budget and Policy Center noted in their detailed opposition to the bill, the bill would have cost Pennsylvania more money by soothing corporations with major tax cuts and leaving the loopholes accessible to any clever accountant.

Tax cheating in Delaware goes far above and beyond the Marcellus Shale. All of the oil and gas majors, with operations around the world, take full advantage of all Delaware has to offer.

If things in this sphere were only limited to shale gas companies operating in the Marcellus Shale, the battle would seem big. Big, but not insurmountable.

Yet, as the Norway-based NGO, Publish What You Pay points out in a recent report titled, Piping profits: the secret world of oil, gas and mining giants, the game is more rigged than most would like to admit.

How rigged? Overwhelmingly so.

The report shows that ConocoPhillips, Chevron and ExxonMobil have 439 out of their combined 783 subsidiaries located in well-known tax havens around the world, including in Delaware. All three companies maintain fracking operations, as well, meaning they benefit from both the Halliburton and Delaware Loopholes.

These figures moved Publish What You Pay's Executive Director, Mona Thowsen, to conclude, “What this study shows is that the extractive industry ownership structure and its huge use of secrecy jurisdictions may work against the urgent need to reduce corruption and aggressive tax avoidance in this sector."

A recent lengthy report titled The Price of Offshore Revisited by the Tax Justice Network reveals just how big of a problem tax havens are on a global scale, reaching far beyond Delaware's boundaries.

[The] new report…reveals how wealthy individuals and their families have between $21 and $32 trillion of hidden financial assets around the world in what are known as offshore accounts or tax havens. The conservative estimate of $21 trillion—conservative estimate—is as much money as the entire annual economic output of the United States and Japan combined. The actual sums could be higher because the study only deals with financial wealth deposited in bank and investment accounts, and not other assets such as property and yachts.

The inquiry…is being touted as the most comprehensive report ever on the "offshore economy."

The Democracy Now! interview below is worth watching on the whole, as oil and gas industry "offshoring" is but the tip of the iceberg.

Visit EcoWatch's ENERGY and FRACKING pages for more related news on this topic.