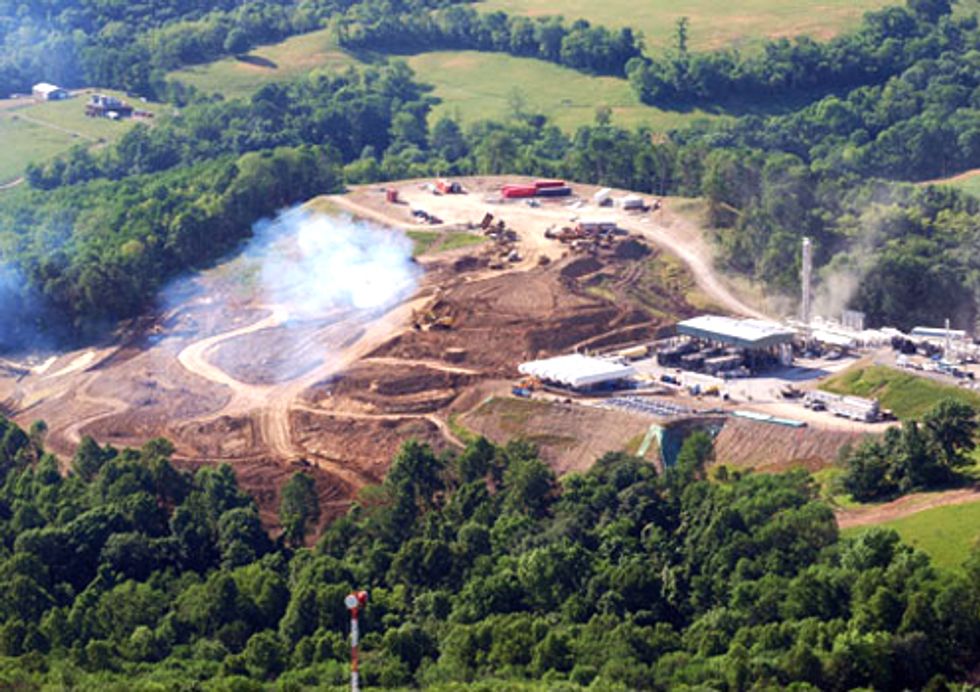 Delaware Riverkeeper Network sent a letter on Feb. 24 to State Sen. Chuck McIlhinney (R-10) calling for him to retract his recent public statements misinterpreting Act 13, the law enacted with the passage of HB1950, the Marcellus Shale law that adopts sweeping changes to the Pennsylvania Oil and Gas Act and preempts municipalities’ control of gas drilling, exposing local residents to greater risk of pollution and community degradation from natural gas operations throughout the Commonwealth. Sen. McIlhinney had gone on record opposing HB1950’s gutting of municipal rights but then voted for the measure, casting one of a handful of critical votes that allowed the municipal takeover bill to pass.

Sen. McIlhinney has falsely claimed that Act 13, signed into law last week by Gov. Corbett, does not remove municipal controls and has defended the law as a financial benefit. Delaware Riverkeeper Network has rebuked the senator for misleading communities, including his constituents, as to what the law really requires and—considering his gross misinterpretation of the law—soundly criticized him for not knowing what he actually voted for. The group has petitioned the senator to immediately retract his false statements and set the record straight.

The letter submitted to the senator this morning is attached and copied below:

Your published editorial claiming that the new legislation that you supported (Act 13) does not prevent municipalities from passing stricter zoning than the new law’s standards is incorrect. You go on to claim “In fact, a municipality is well within its rights to pass zoning laws that prohibit a single natural gas well from being drilled within its borders”. Nothing could be further from the truth. We are concerned that citizens and municipal officials are going to be confused by this false information, and in reliance upon it may take actions that could subject them to serious consequences that they are not anticipating nor ready for—and so we urge you to please have a retraction printed in the newspaper and ensure a copy is mailed to every municipality in the region.

Act 13 preempts local zoning of gas operations, including gas wells, pipelines, and other gas “operations” and applies universally to all municipalities in Pennsylvania, regardless of whether they decide to collect an impact fee through Act 13. Municipalities have NO CHOICE as to whether the standards in Act 13 apply to them or not; no municipality can escape the new law.

The law, by clear language, forces municipalities to allow gas drilling and “oil and gas operations”, except for natural gas processing plants, in all zoning districts within their boundaries. “Oil and gas operations” is defined broadly and includes gas well drilling, hydraulic fracturing (or “fracking”), location assessment, seismic testing, and pipeline operations. How can you assert that a gas well can be prevented by a municipality when the law states clearly that gas wells and these related operations must be allowed? Allowing such misinformation to stand subjects municipalities, municipal officials and the citizens of the Commonwealth to serious consequences for actions they may take in reliance upon it.

Open waste pits—which hold fracking chemicals, flowback and other dangerous pollutants such as radioactive materials, hydrocarbons and volatile organic compounds, heavy metals, and gaseous toxins that are freely released to the air and can be spilled or leaked—must be allowed under the new law in all zoning districts, including residential districts, so long as they are not closer than 300 feet from an existing building. Three hundred feet is less than a football field (360 feet) in length—if this isn’t “near schools and hospitals”, as you claim in your editorial, your definition of “near” is terribly wrong.

Act 13 also requires municipalities to allow natural gas compressor stations as uses permitted by right in agricultural and industrial districts, and as conditional uses in all other zoning districts. Pipelines and their requisite compressor stations are expected to multiply as gas companies seek to deliver their product to market. Even in communities where no drilling is occurring, gas pipelines and compressor stations are being built. How will Bucks County’s farms defend themselves now that Act 13 forces these industrial facilities into agricultural areas?  And into all other districts with limited ability to control the operations through conditions?

Municipalities are also deprived of any meaningful role in state permitting. A municipality can submit comments to PADEP on permit applications for gas operations but PADEP is NOT REQUIRED TO EVEN CONSIDER those comments. Even worse, Act 13 prevents municipalities from appealing PADEP permitting decisions for oil and gas permits. The municipality, with its knowledge and responsibility to safeguard residents and important community resources, is prohibited from defending them as a result of Act 13.

The bottom line is that municipalities must allow industrial activities and the pollution hazards that accompany these operations in non-industrial areas with little ability to protect the community and surrounding resources. The fundamental role that municipalities must play in protecting their community and resources is eliminated by Act 13. The result will be people living cheek-to-jowl with gas operations and all the human health, safety and community costs that come with that proximity.

Your promotion of Act 13 by touting the new funding it will bring “without a single new well being drilled” is particularly offensive. First of all, your prediction that this could be the case for Bucks County exposes a misunderstanding on your part which is unfathomable considering that you voted for the law and are now standing as one of its staunchest supporters. Act 13 applies to gas operations, not only gas wells, and Bucks County can expect to see its share of gas pipelines, compressor stations, and processing facilities. Further, an application to drill a new gas well has already been filed with PADEP in Nockamixon Township by Turm Oil in a location prohibited for gas drilling by the Township’s current zoning—so clearly Bucks County is already being targeted by the oil and gas industry for development and they are already trying to take advantage of Act 13’s free-reign.

But perhaps more importantly, your thinking belies an “island” mentality that is one of the underlying problems that led to the passage of this shortsighted and pernicious law. The idea that Bucks County should reap funds on the backs of communities across the Commonwealth where gas drilling is occurring is repugnant. The alarming rate of violations of environmental permits by gas and oil operators, the proliferation of accidents and spills in drilling regions, the increasing rate of permit issuance by PADEP without needed oversight, is resulting in an unbearable toll being borne by communities and the environment in drilling regions. Citizens of this Commonwealth are losing their drinking water, their health, their livestock, the value of their properties, their peace of mind and their quality of life—to suggest that this is all justified so others can reap some financial windfall is, again, repugnant. Your “island” frame of mind lacks the basic recognition of the common good and the value of our shared resources in the Commonwealth.

As the oil and gas industry builds out without adequate regulatory limits and with inadequate technical practices, the price of that impact fee will become heavier and heavier.  It is simply unacceptable that some parts of the State should reap profits while others carry the load. And even if you do not agree, please remember that everything that happens upstream affects us downstream and the Marcellus Shale regions in the Upper and Middle Delaware River Watershed are already heavily leased; if drilling is allowed to commence in the Delaware River Watershed, the impacts to Bucks County’s environment and communities will be inescapable.

And let’s not forget that none of us will truly escape the far-reaching costs of unbridled resource extraction. Just look at the tens of thousands of miles of Pennsylvania’s waterways that have been ruined by the coal industry over the past century. Haven’t we learned anything from that polluting legacy that we as taxpayers are still paying to clean up?

We respectfully request that you retract your editorial and correct the misinformation you have issued to the public. Your interpretation of Act 13 in regards to how it will affect municipalities is dead wrong. You owe it to the public to set the record straight.