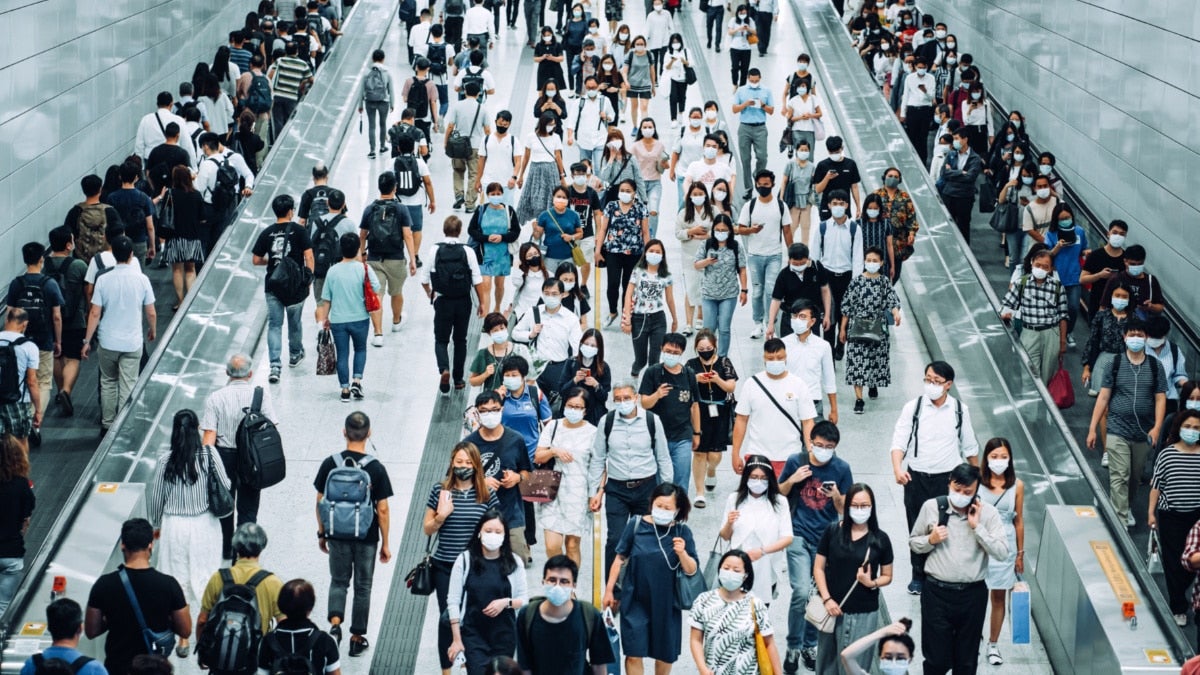 We are used to hearing politicians and policy wonks talk about economic growth, celebrating when it goes up, and selling their pet projects and policies as key to boosting growth.

The problem is, as the economy expands, so does our consumption of resources. Waste, emissions and other pollution go up, too. Which is why many are asking — can we really keep infinitely expanding our economies on a planet of finite resources?

Among those arguing for a whole different approach are ecologists, economists and activists whose core concerns aren’t just environmental, but social justice.

Here’s why it might be time to ditch economic growth.

Our Obsession With GDP Hasn’t Been Around That Long

It was only in the mid-20th century that gross national product (GDP) became the go-to measure of economic success, providing a metric for competition between capitalism and communism.

Yet in 1972, the Club of Rome — a group of heads of state, economists and business leaders — published a headline-grabbing study titled The Limits to Growth, predicting that unchecked economic expansion would lead to resources running out, economic collapse and ecological disaster.

These predictions resonated during the 1970s energy crisis, when petroleum shortages sent the price of oil soaring and economic growth slowed. But with access to new sources of oil, debate spurred by the study died down. Expanding GDP became increasingly central not only to economic policy, but just about every global project aimed at making the world a better place.

“Decent work and economic growth” sits alongside “zero hunger” and “climate action” among the UN’s 17 Sustainable Development Goals. Even the Intergovernmental Panel on Climate Change models emissions-reduction scenarios on the assumption that the global economy will roughly double in size between now and mid-century.

But arguments against unchecked economic expansion haven’t gone away, and studies have shown that The Limits to Growth’s predictions on resource use and its ecological impact have largely been borne out in the intervening years.

Tech-Fixes Alone Won’t Save the World

Still, debate rages over whether we can break the link between economic growth and environmental harm.

Proponents of “green growth” argue that we can keep our economic systems operating much as they do now by swapping fossil-fuel energy for renewables, using less energy overall, and recycling more.

Degrowthers, however, say converting the current volume of industrialized production and throwaway consumption we have now to a circular system is simply impossible.

And perhaps more fundamentally, in a system designed to keep expanding, savings in energy and resource-use tend to go into increasing production and profits, meaning that overall, environmental impacts can stay the same — or even go up.

Even aside from the existential threat of ecological and economic collapse as we deplete resources, destroy biodiversity and heat up the planet, the assumption that economic growth generally makes us all better off is increasingly questioned.

Developing countries tend to have high growth rates, as more people have disposable income and more markets open for consumer goods. But in industrialized countries, growth generally slows, and efforts to speed it up don’t necessarily result in a better standard of living for most people.

The work of economists like Thomas Piketty, author of “Capital in the Twenty-First Century” (which was not only lauded for compiling the most comprehensive data on wealth disparity to date, but was also a surprise bestseller), has shown that over recent decades, ordinary wages in industrialized countries like the U.S. have stopped rising in line with productivity and growth.

The benefits of economic growth have increasingly been going to the super-rich, with the divide between rich and poor yawning ever wider.

Proponents of degrowth, post-growth or steady-state economics argue that boosting growth in industrialized economies isn’t the answer to improving quality of life. In fact, living within nature’s constraints could make us all happier.

We know we should consume less, and consume more carefully, share and repair appliances, cycle rather than drive, take the train instead of flying. But these things can feel like big sacrifices that, individually, have little impact.

In a degrowth economy, instead of relying on consumer power to reduce the demand for environmentally harmful production, we’d do it the other way — collectively slowing the whole, frantic system down, producing and consuming less would mean we could also work less.

We’d be poorer in stuff, but richer in time, replacing the sugar-rush of consumerism with more profound pleasures, such as community and creative pursuits — be they the arts or growing our own food. We would have time to volunteer and share resources, engage in direct democracy, and develop alternatives to a profit-driven economy.

Some Sectors Would Shutter, but Others Would Flourish

This might imply whole — environmentally harmful — industries shuttering. But degrowth isn’t about slamming the brakes on the entire economy and sliding into painful recession.

Instead, the focus would shift to sectors — like care, education, renewable energy and public transport — that improve human and ecological wellbeing, rather than those that attract investment purely because they generate profit.

As Jason Hickel, an economic anthropologist at Goldsmith’s University in London and leading proponent of degrowth, points our, privatizing health care might be good for GDP, and rent controls bad for it. In an economy shaped for people, not profit, better public services and a fairer distribution of wealth would mean that more of us could afford to live well, on less.