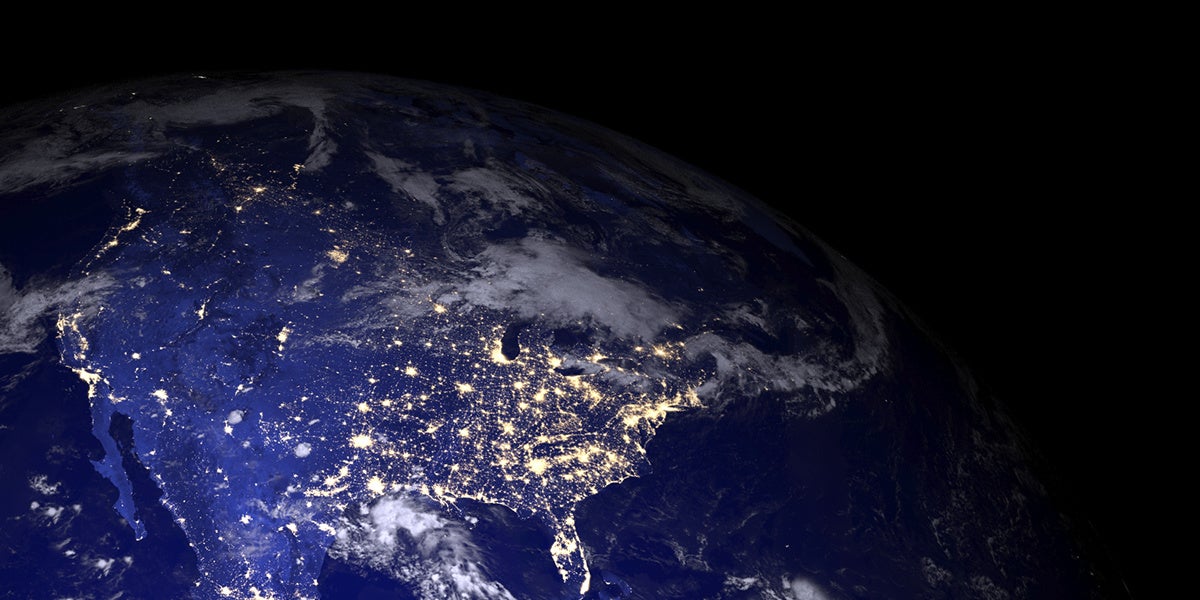 “They say the darkest hour is right before the dawn.” — Bob Dylan, 1975, Blood on the Tracks

Welcome to Degeneration Nation 2018. The frightening truth is that our “profit-at-any-cost” economy and global empire, run by and for the one percent and multi-national corporations, aided and abetted by an out-of-control Congress and White House, is threatening our very survival.

Our system of democracy, global co-existence, our physical and mental health, and the health of the living Earth—our climate, soils, forests, wetlands, watersheds and oceans—is rapidly degenerating. The rhythms of nature—the atmosphere, the soil carbon cycle, the water cycle and the climate—are unraveling.

Which is more frightening? The destruction of the environment and the climate that sustain human civilization as we have known it? Or the collapse of democracy and the rise of endless war and fascism?

Even though many are still either in denial or preoccupied by the daily struggle for survival, the most serious threat that humans have ever encountered in our 150,000-year evolution is global warming and severe climate change.

A growing corps of climate experts have warned us repeatedly that we must stop burning fossil fuels. We must eliminate destructive food, farming and land-use practices. And we must draw down enough carbon dioxide (CO2) from the Earth’s atmosphere through enhanced natural photosynthesis (regenerative food, farming and land use), to return us to 350 parts-per-million (ppm), or better yet to pre-industrial levels of 280 ppm.

According to the majority of climate scientists we are fast approaching the point of no return, whereby global warming and climate change will morph into runaway global warming, melting of the polar ice-caps, catastrophic sea rise, evermore deadly forest fires, climate chaos, global crop failures, famine and societal disintegration. This point of no return could arrive as soon as 25 years from now—that is if we don’t stop releasing greenhouse gases and start drawing down “legacy” CO2 from the atmosphere into our soils through regenerative food, farming and land use.

“If humanity wishes to preserve a planet similar to that on which civilization developed and to which life on Earth is adapted, paleoclimate evidence and ongoing climate change suggest that CO2 will need to be reduced from its current levels to at most 350 ppm…”

Global warming you ask? But what about the threat of nuclear war with North Korea or Iran? What about Trump’s recently reported statement that a strategic terrorist attack in the U.S would likely enable the Republicans to maintain control of Congress in 2018?

What about the fact that 62 million Americans actually voted for Donald Trump in November 2016 (65 million voted for Hillary and 92 million were too disgusted or demoralized to vote at all), and that most of these 62 million people still support him?

Or how about the Harvard-University of Melbourne study that found “the share of Americans who think that rule by the armed forces would be a ‘good’ or ‘very good’ thing rose from one in 16 in 1995 to one in six in 2014?”

And what about public health? A recent Rand Corporation study that found that 60 percent of Americans suffer from at least one chronic health condition such as heart disease, cancer, diabetes, obesity and arthritis; 42 percent have two or more of these illnesses; and that these chronic diseases now account for more than 40 percent of the $3.5 trillion that people are handing over to Big Pharma and the medical industrial complex?

What about the U.S.’s endless, now trillion-dollar wars in Iraq, Afghanistan, Syria and a dozen other countries?

It’s not just the U.S. and North America that have degenerated to unprecedented levels.

Up until now most of global civil society, rather than united in a common global campaign to reverse climate change, deteriorating public health, poverty, forced migration and war, remains divided by national borders, ethnic identities, single- or limited-issue organizing, and class and gender divisions.

The rise of authoritarian and fascist regimes, and the weakening of a common sense of purpose, cooperation and solidarity have brought us to a dangerous precipice.

Will global civil society wake up in time, break down the walls and issue silos that divide us, connect the dots between all of our burning issues, and unite across borders in a common global campaign for survival and regeneration?

Beyond the Darkest Hour: Regeneration

The good news is that there are a number of positive signs that people in the Americas, and all over the world, especially the youth, are waking up. These signs include:

The darkest hour is indeed before the dawn. We’ve hit bottom here in the U.S., and in most of the countries of the world. The situation is dire. Time is short. But there’s still time to turn things around. For information on the emerging Regeneration International movement click here.